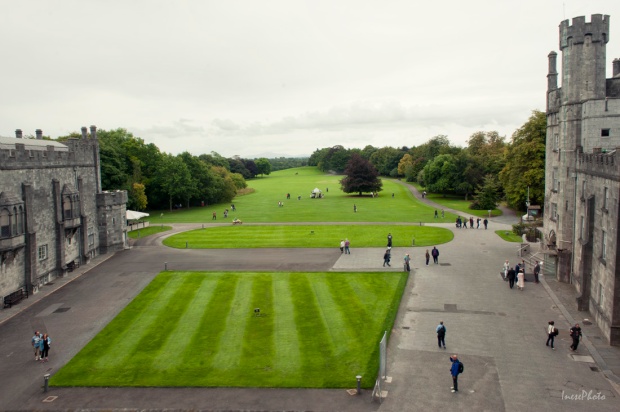 The opening picture was taken from Kilkenny Castle window this summer. Its extensive front lawn stretches for about half a mile and blends into the park. I have been there numerous times. Years ago you would see dozens of grey squirrels over there, but someone set traps and killed 75 squirrels just before my other pictures from this blog were taken. On that particular trip I only saw one squirrel munching on peanuts deeper in the park.

I took these pictures on two foggy days in January and November 2010. In January I went to see the Angels – Beacons of Hope exhibition created and coordinated by Dublin based artist Nollaig Fahy, and in November I went there frozen with grief after my friend’s funeral, all hope gone.

You probably won’t find much information about these two events in the internet any more, so I decided to write a few words about the Angels. We need hope in 2017 as we did in 2010. 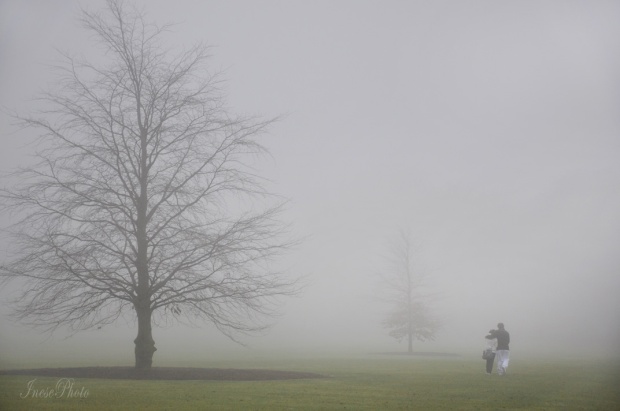 More than fifty colorful, eight foot tall angels lined the castle courtyard to bring the message of hope before they continued their nationwide tour. 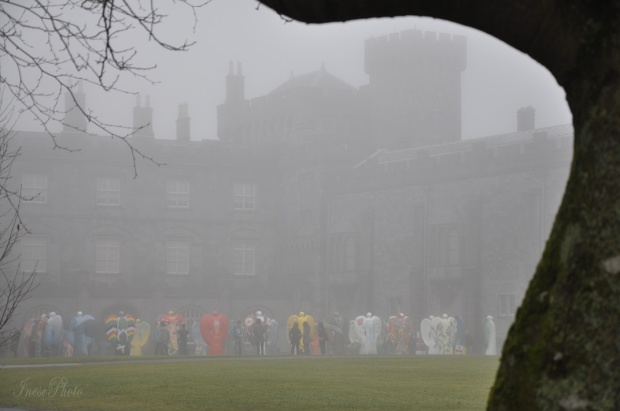 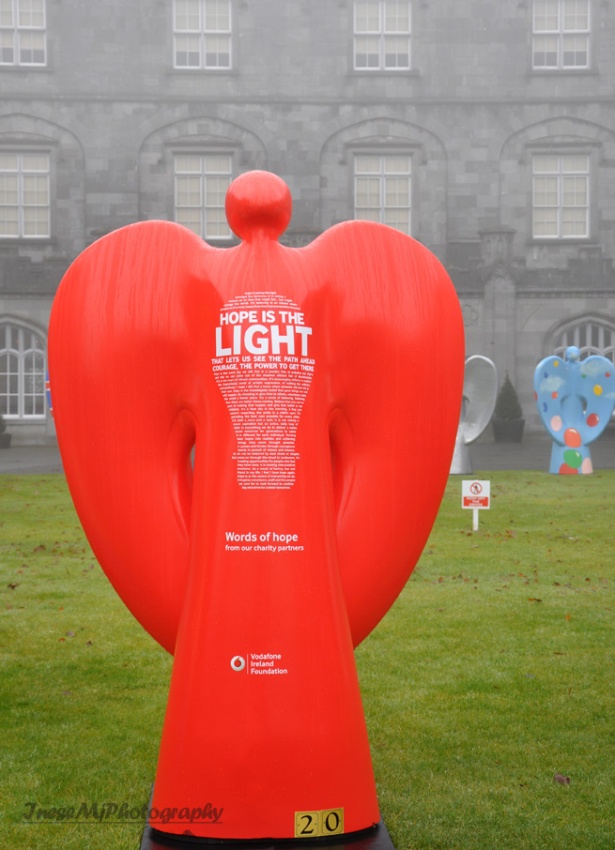 Made from a single mould they had been created to be a blank canvas. Invitations had been sent to a variety of artists, sport stars and other celebrities, some schools and prisons to paint an angel. For the general public the street angels were available so that people could leave a signature or a thumb imprint. 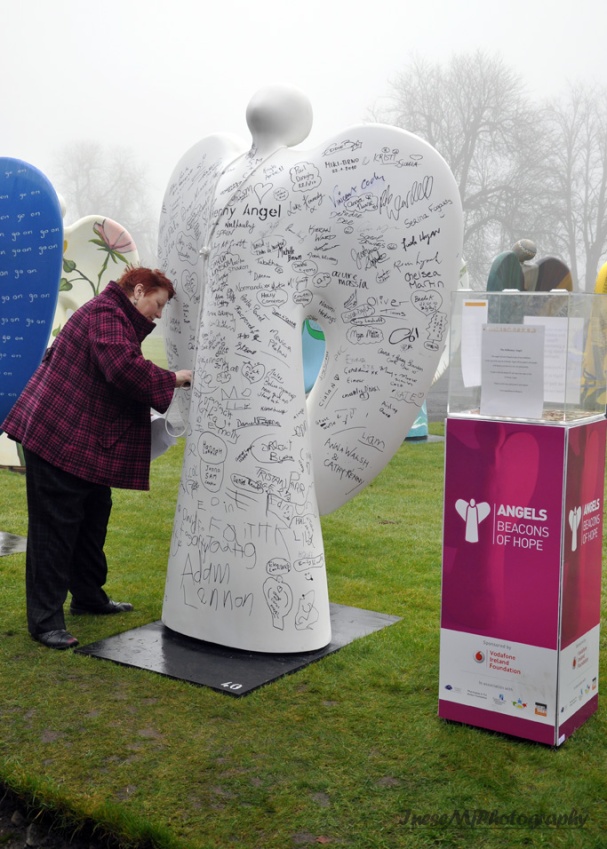 One of the angels in the picture below, the one with the Jedward brothers painted on it, was designed and painted by a freelance artist Sara Sheridan. She and her team painted some of the ‘big name’s’ angels.

One of my favorites, the Rose of Hope angel was designed and painted by Irish fashion designer Lisa Fitzpatrick. 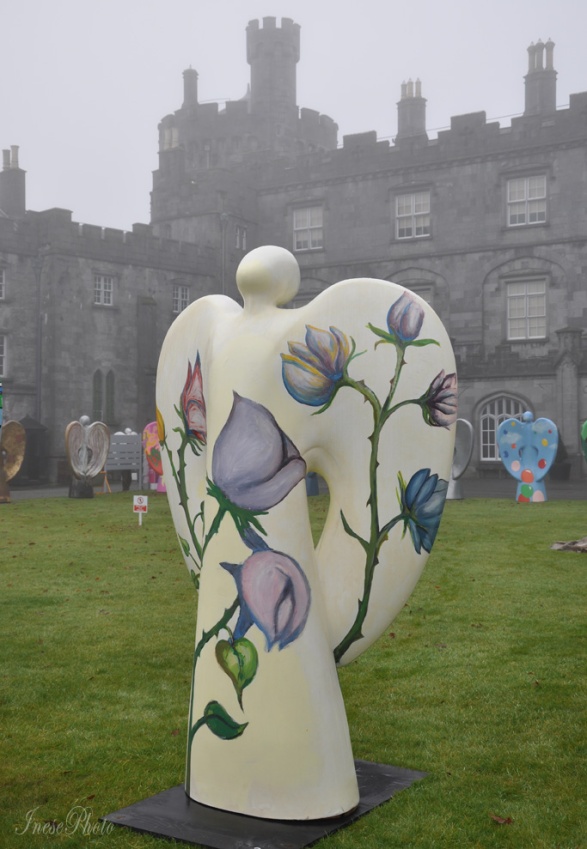 This is a short video where Nollaig Fahy tells the story about the angel painted in a woman prison.

After they had toured around Ireland, the angels returned to Dublin for auction. I have read that The Hope Springs Eternal angel designed and painted by Irish impressionist Gerard Byrne was purchased by Chris de Burgh and went to Glencree Centre for Reconciliation in Co Wicklow. I don’t know if all the angels were sold, and where the other angels are now. They are somewhere in the world anyway.

I really would like to change the national conversation from one of doom and gloom to one of hope.

“Paint your angel”, make the world brighter. Hope v Gloom –  I put my bet on hope.