As I already said in my previous post, July is a special month to visit the Curraghmore House as it marks the union of the Stag and the Dragon – the marriage of Catherine de la Poer to Sir Marcus Beresford. Sir Marcus was 23 and Lady Catherine 15 at that time, 300 years ago. Despite of different religious upbringing, by the end of the 18th century they produced the most powerful political dynasty in Ireland, raised a large family and rebuilt this beautiful house and gardens. There is a very important lesson to learn from the story about the Stag and the Dragon: we are much better off when we realise that our differences make us strong only when we are united.

During the reign of Catherine and Marcus the best architects and craftsmen were summoned, among them John Roberts ( a very interesting person, worth to look up) who later went to build both the Catholic and the protestant Cathedrals in Waterford. The great courtyard was built, the medieval part of the house was redesigned and restyled. Creative and artistic, Lady Catherine carried out a splendid project. She designed and decorated the Shell House – a small quatrefoil building with curved walls all covered with seashells. 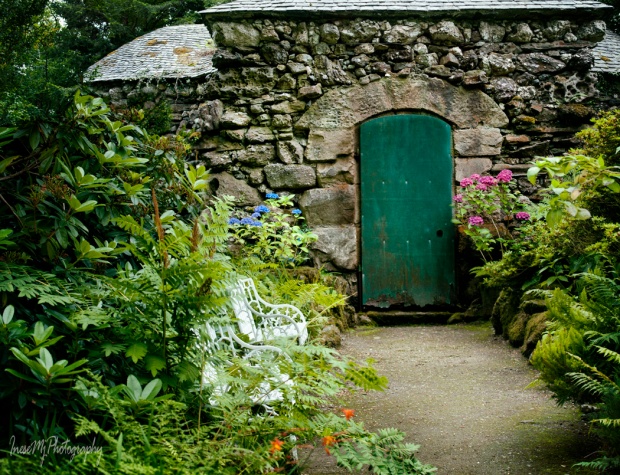 Exotic and rare shells from the distant beaches along with the local clams and cockles adorn the walls creating sophisticated patterns of color and texture. Lady Catherine personally visited the Waterford Harbour and commissioned the captains of ships to collect shells for her. This project took 261 day to complete. 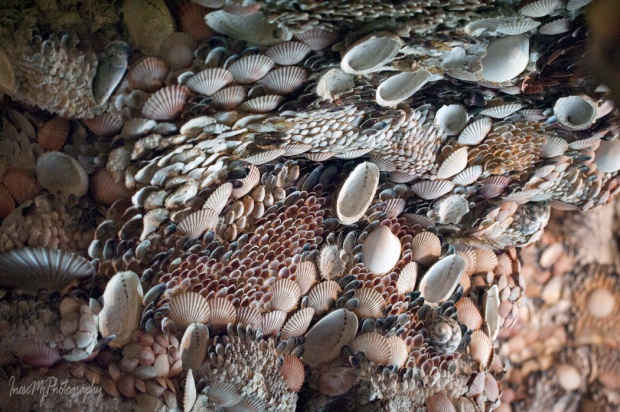 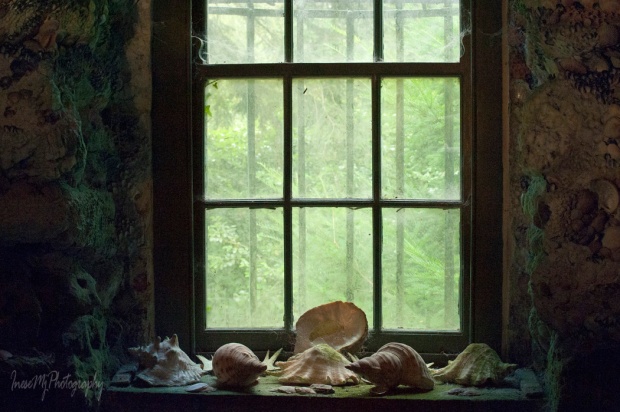 A fine marble statue of Lady Catherine, commissioned by her loving husband and sculpted by John van Nost, stands in the middle of the house. It shows Catherine holding a shell and a piece of parchment with the inscription: “In two hundred and sixty one day these shells were put up by the proper hands of Catherine Countess of Tyrone, 1754”. Lady Catherine was in her fifties at that time. 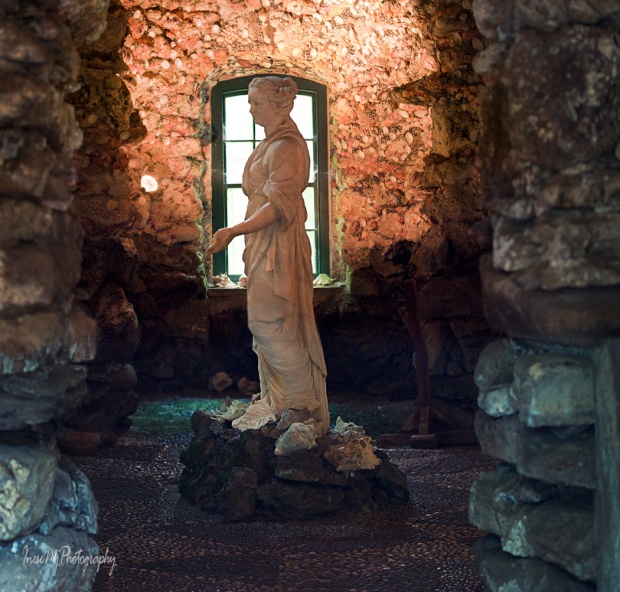 They died in 1763 and 1769 respectively. There is a large group portrait in the House, painted in 1760, depicting Sir Marcus and Lady Catherine surrounded by their nine adult children. The beautiful monument below was erected in the Clonegam church in their memory. A hundred years later, another beautiful monument was erected at the opposite wall – the one dedicated to Lady Florence. 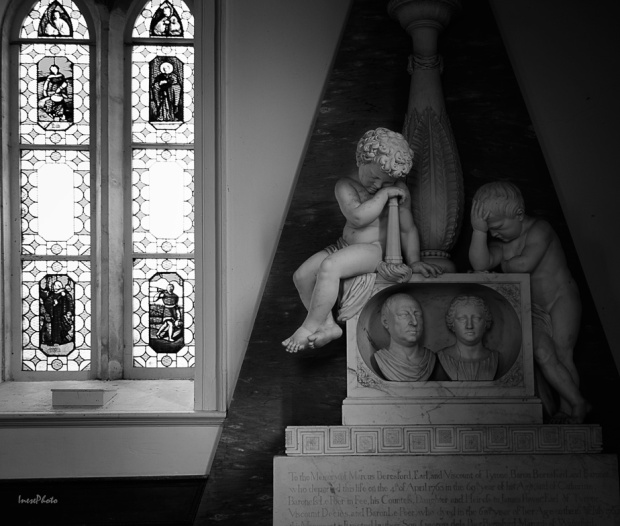 Let’s take a walk around the gardens.

From here, the hunting parties would leave the courtyard.

The tranquility of this place is surreal – you know that there are people somewhere not far from you, but the sounds feel muted and distant. 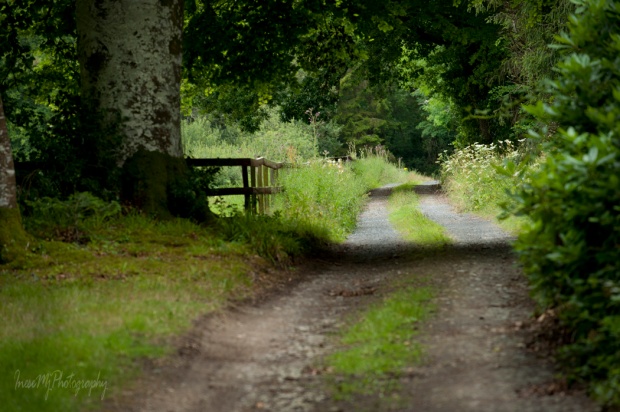 A monstrous gall on the tree trunk has to be photographed 🙂

From the other side of the pond we look past the House. Somewhere there on the hill slope Mother Brown is looking back at us.

Someone is looking at us right here too…  😉

I hope you like the story of the Stag and the Dragon. More about the Curraghmore House and the Beresford family some other time.