Flu hit me Monday. I almost have no memory of the first two days, just some strange dreams and random, chaotic thoughts. Thursday my head cleared up a bit so that I could think about my next blog post making notes on a piece of paper ( I was too weak to open my laptop). The misery of my condition couldn’t produce anything cheerful, and somehow I started thinking about all the innocent creatures of this world who’ve got to suffer for nothing.  Goats came to mind.

My first image was  taken on a bright summer morning during Waterford Hot Air Ballooning Championship . I got a few good shots at the take off in the grounds of Waterford Castle, and was on my road to Passage East where I expected to take a ferry and cross to Co Wexford.  I was almost there when the events took a rather surreal turn and the scene changed to somewhat apocalyptic in a matter of seconds. The goats. They started falling out of the thick bushes,  off the almost vertical cliff – all sizes, shapes, genders and breeds. The sun was blinding me, but true to myself I was pressing the shutter. Two cars in front of me navigated out of the scene when more goats jumped from above, not less than a hundred of them, and I was stuck. I missed the ferry, but took a great set of pictures.

Goat is one of the first domesticated animals. When and where he ruined his reputation, is not clear, but he is associated with the satyr Pan, notoriously mischievous god who had a long beard, goat legs and horns.  Read this article, it is very informative and amusing.

Pan was so ugly that even his mother run away from him horrified and disgusted.  It is where the word ‘panic’ came from. I don’t know what to say,  but look at these pictures and prove to me that this goat is not a saint among his people.

Some goats have a better fate. The picture below was taken ten years ago, in Killorglin, Co Kerry.  Every August people gather to celebrate Puck Fair in Killorglin, and a goat is crowned to become a king of the land for three days ( you can watch a video  on this link). The earliest known reference to Puck Fair is a charter by King  James I, dated 1613, granting a legal status to the existing fair.  The farm hands had a clause in their contract to be free of work for those three days.

The festival is a great event, and I hope to attend it some day. If you travel Ireland around 10 – 12 August, make a note.

These skinny goats were spotted in Bunratty Castle, Co Limerick.

Co Kerry has a weakness for goats – in town of Dingle, Goat Street is an extension of the Main Street.

In the Shakespearean tragedy, Iago works Othello into such a state of jealousy, that the poor man imagines things that have never happened. He exits the scene with the exclamation ‘Goats and monkeys!’ using the name of innocent creatures to express his disgust.

Cassio shall have my place. And, sir, tonight
I do entreat that we may sup together.
You are welcome, sir, to Cyprus. Goats and monkeys!
Using Desdemona’s words, I can tell that, concerning goats, “… I have spoken for you all my best “,  and now I should speak for monkeys too, which would be only fair. Look at the picture – this face speaks volumes. Don’t judge monkeys! 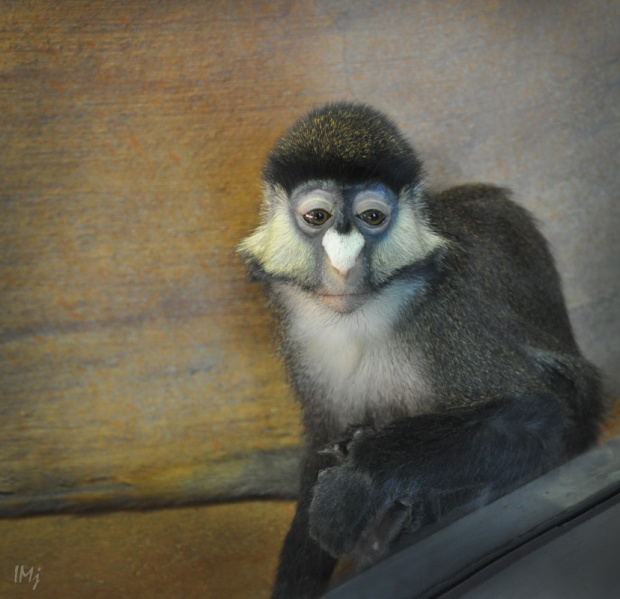 The Hot Air Balloon  Festival ended with amazing take off from Waterford Airport, but I will remember it because of the Passage East goats.

I do hope I have been a good advocate for the creatures not favored by some. What if we change the tradition and make “Goats and monkeys” a funny exclamation, not a symbol of immorality? It is the 21st century, after all.

Happy Christmas to you all, peace, love, inspiration and joy!