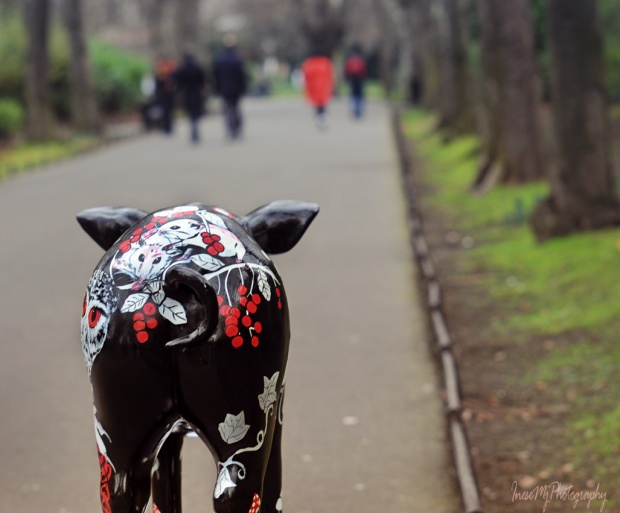 Here I share some pictures taken in 2018. It was (and still is) a very challenging year, but I cannot tell it has been unlucky for me.

The year started with a lazy snowfall that continued into the end of February. Then a mighty storm hit the island – you can see all the pictures in my previous blog post. 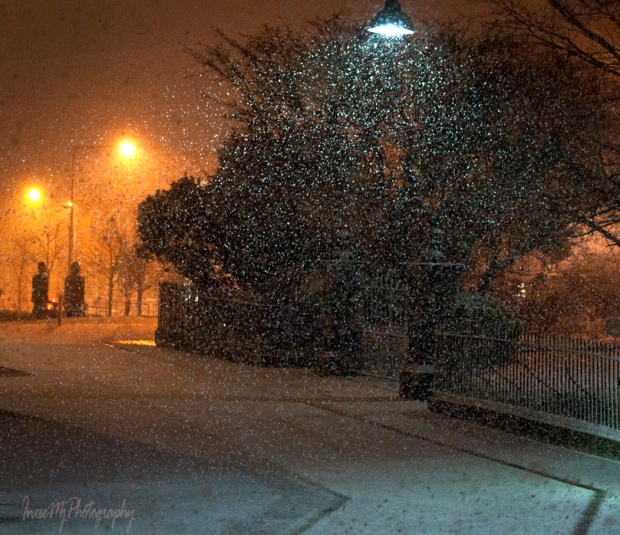 The snow melted in the first few days in March. 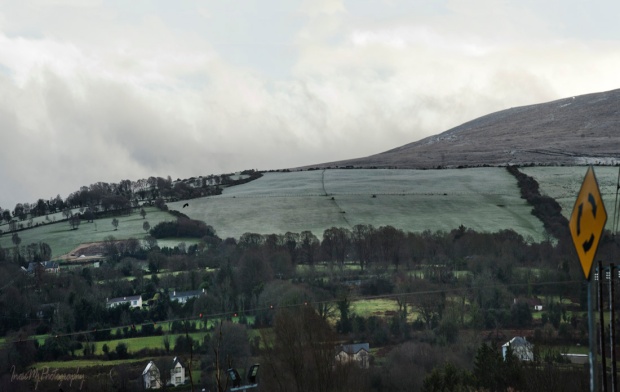 I didn’t see much of St. Patrick’s Day parade this year, but I liked this actor and took some pictures.

Spraoi monsters looked completely out of place at the St. Patrick’s Parade. I don’t think it was a great idea to include them. Yet, I posted this picture for a reason since I want to tell you a few words about monsters.

I discovered  Jean Lee’s World  blog in 2015. After reading one article, I went back through the archives and read almost everything. I was stunned. A quick check on Amazon showed no books. No books?! Later I learned that Jean Lee did work on a novel, but there were many obstacles she had to overcome – you can read her story as she tells it herself in her blog.

In June this year, Jean Lee published the first book of the short fiction series Tales Of the River Vine. The other five books followed, introducing the characters of her first YA fantasy novel Fallen Princeborn: Stolen, Book 1, parts 1 – 2, available on Amazon. An intelligent, captivating, very well written book will take you and the courageous, strong-willed teenage heroine to the fae world of darkness, and, hopefully, back. I look forward to reading Book 2 in March 2019. I am so very happy for you, Friend! You did it! Your books are as wonderful and unique as everything else you do. 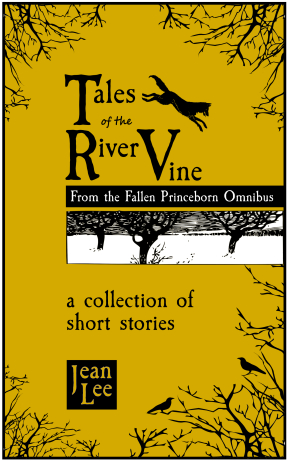 The days went by. In the end of May I got my life back, but in a complicated form. The world is still beautiful, though.

A Chaffinch still sings his little heart out…

… and his cute lady looks pleased.

Puffin here is just being gorgeous. 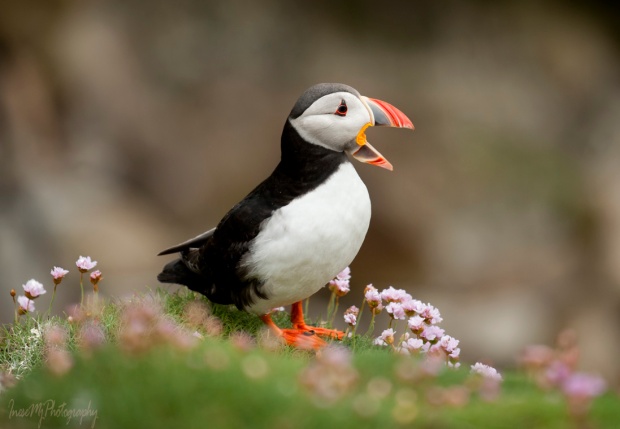 In the end of July I returned to blogging, and visited a few more places.

I went to the Cunnigar. I didn’t do the crossing, just walked to the end and back, watched the birds and insects. Usually I see one heron at a time, but there were seven. They took off when I came closer.

This scared fledgling was sitting in the middle of the boggy area on the Anne River trail. Hope his parents came to his rescue before a predator got there first. 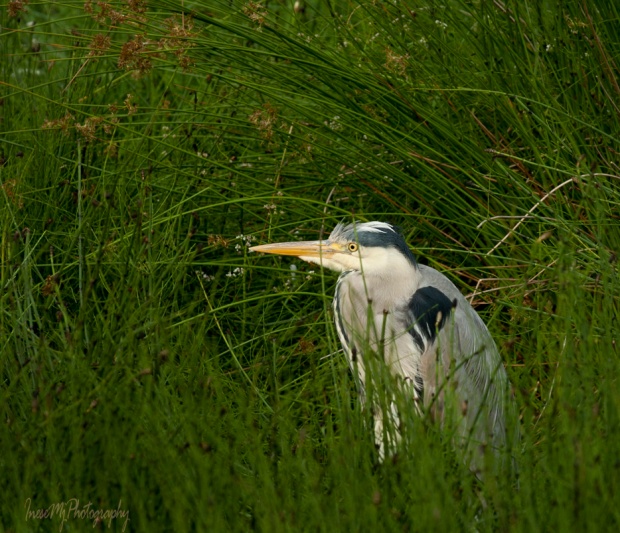 I also went to the Comeraghs. Taking pictures of sheep never seems boring. 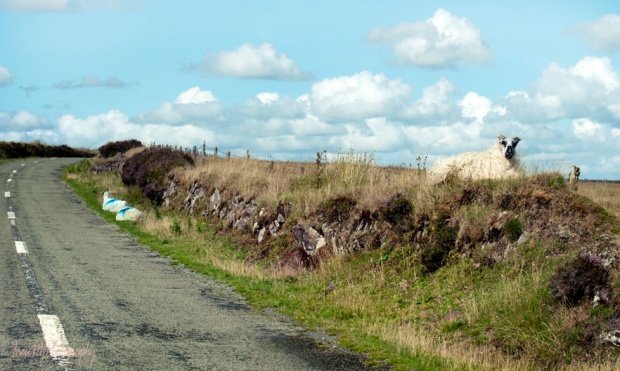 Then I came across a lone black pig. I later learned that this is her daily walking route. 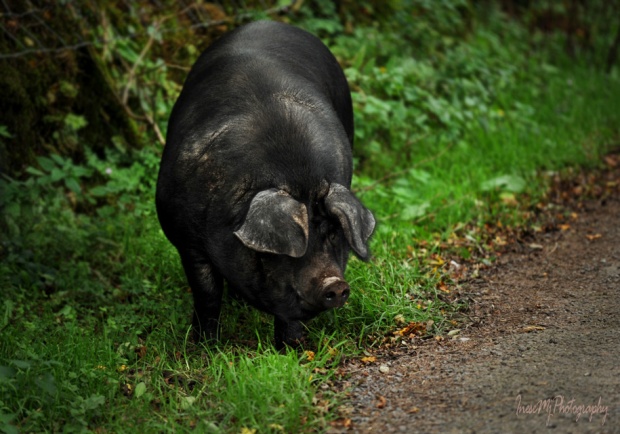 Finally, there was a long flight, and many different birds and animals. 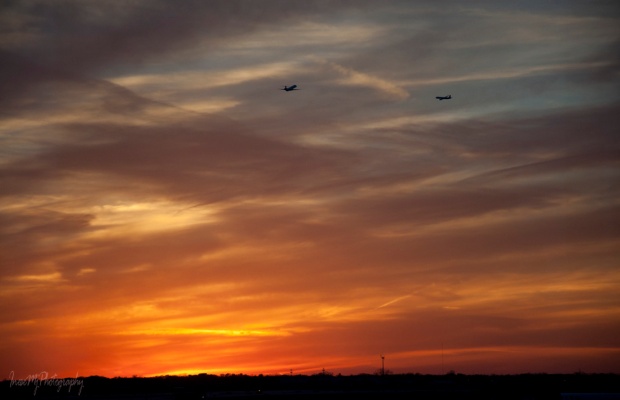 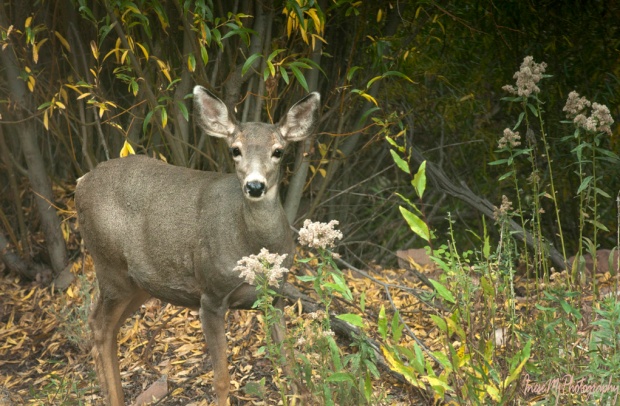 I guess my life was spared once again. We landed in Dublin in the eye of the storm Ali to learn that some 80 flights have already been cancelled or diverted, and a RyanAir plane had been forced to abort landing. Only two hero crews – Philadelphia and our JFK – landed their planes that morning. The landing was a nightmare, but it was performed splendidly regardless of violent swaying. The plane was still rocking and shaking in the gusts when we finally approached the terminal, and the passengers were instructed to watch their foot when stepping onto the jet bridge, as it might get detached. Two days later, a delivery man handed me my luggage and said ‘You guys are lucky to be alive’.

And then came the Autumn. It went through the different stages, until it was safe to call it Winter.

The young year of The Pig begins with hopes and dreams.

Who can tell what it will grow into? 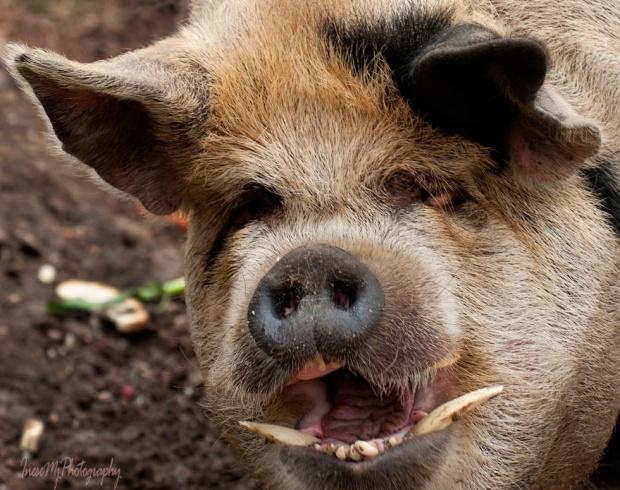 Just be a good human in the year of The Pig, and everything will work out for your good.

Everything will definitely work out in the end. 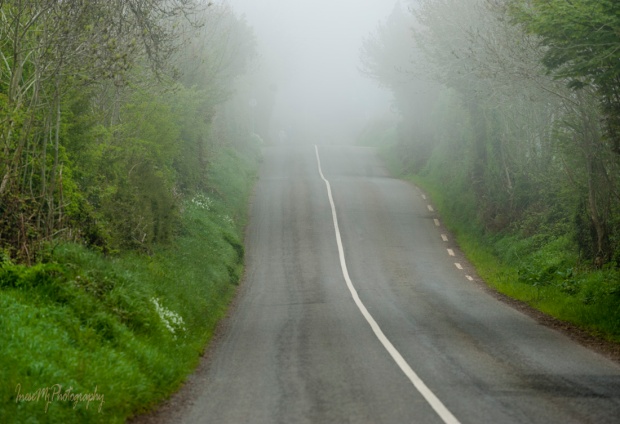 May the New Year be wondrous!