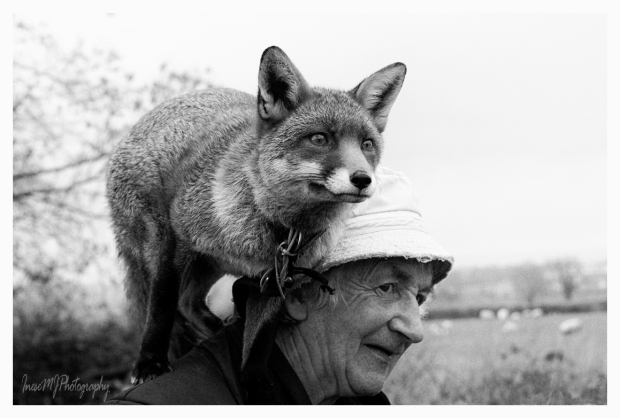 I promised Pat Gibbons, The Fox Man, to take him to the Jerpoint Abbey some day. Pat lives outside Thomastown, five minute drive from the abbey, but he has never been there before. It took me a while, but I finally came over to pick him up a couple of weeks ago. It is when I learned that beautiful Gráinne, the fox perching on Pat’s shoulder, has died in her sleep, apparently of old age. Gráinne was twelve – it is how long the domesticated foxes can live. In the wild, however, they live 1-5 years.

Gráinne was Pat’s first fox. Pat’s brother-in-law found her dying inside a cardboard box, weighing just a pound. Since that day, Gráinne has had an amazing life – from the point of view of both a fox, and a human 🙂 She was a happy fox, never short of fruitcakes and vine gums 🙂 She starred in 12 movies!

I asked Pat if there was a grave, on which he replied that he took her from the Nature, and returned her back to the Nature. There was an old tree with a big hole under the roots, he said, so he put Gráinne’s body in that hole.

Pat went to the pen to get Henry. Henry’s left eye never recovered and seems blind.

We took a few pictures. 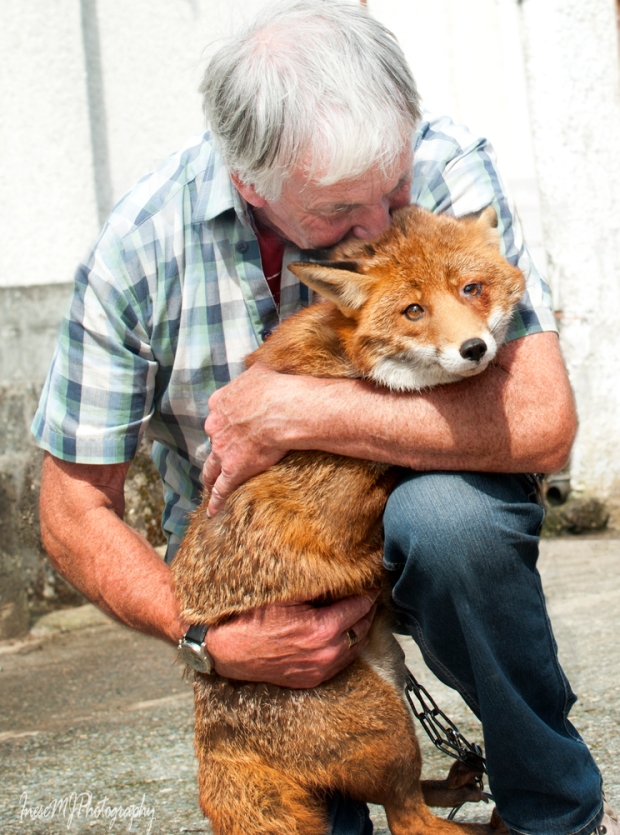 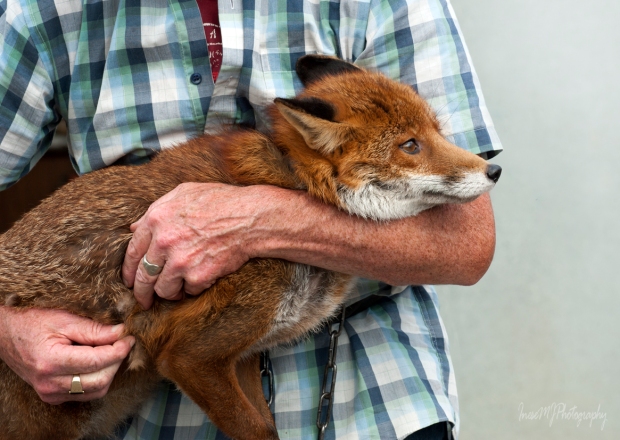 Now it is Minnie’s turn to pose for a picture. Sweet old Minnie. She is ten this year. 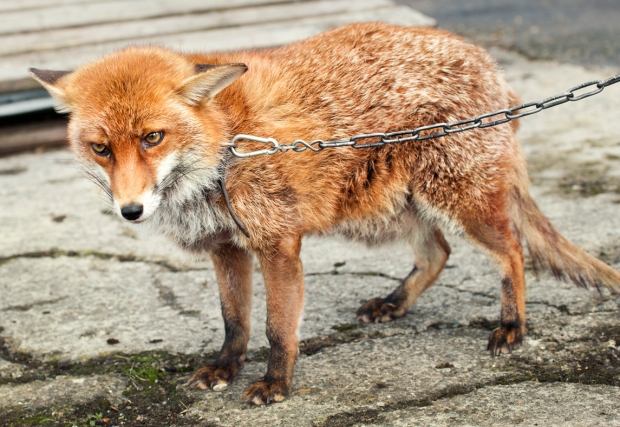 Pat and his brother decided that we take a family picture of Minnie and their new dog. 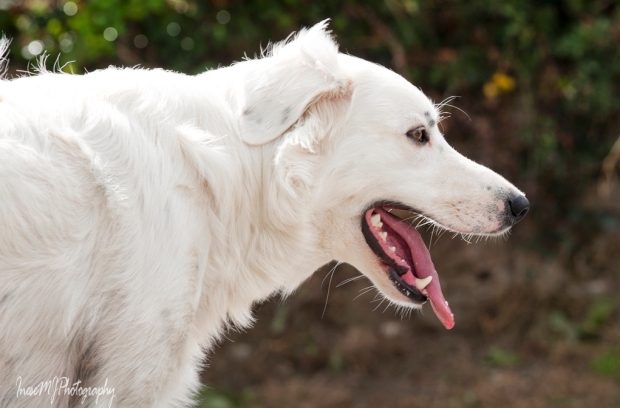 This was the best we could get. All the dog wanted to do was either sniff Minnie’s butt or run to the road to watch my car in case it starts moving. 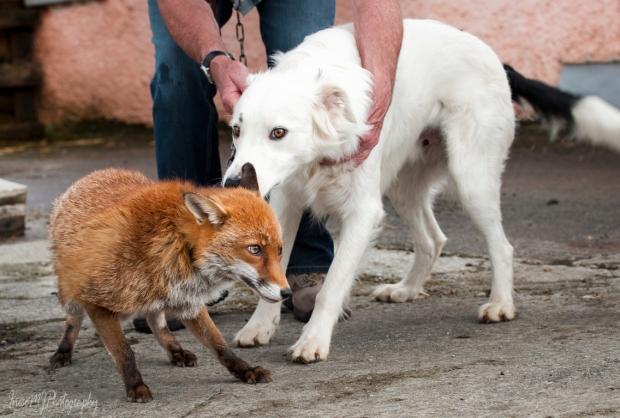 I hope to see you when I come again, Minnie.

The day continues. In my next blog post, we will visit some historical places with Pat The Fox Man.

This spring, I got a word that Minnie, the six-years old vixen,  was pregnant. The only “suspect” was a two-year old male fox Henry, badly mauled by dogs in his yearly days and restored to health in Pat’s care. Being very busy at that time, I didn’t come over to greet the cub and take pictures. I feel sad about that – I don’t think I will have another chance.  Now the cub is gone. Pat has too much on his hands  to accommodate one more fox, and a lady from Kilkenny was happy to give the little foxy a family and a little kit for a sibling to  grow together. I only hope for an interview in near future. 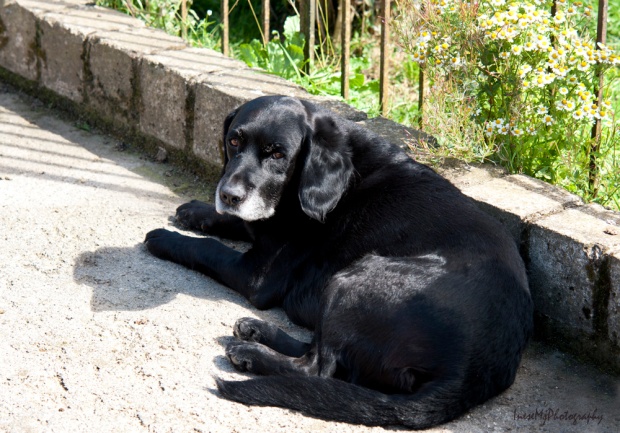 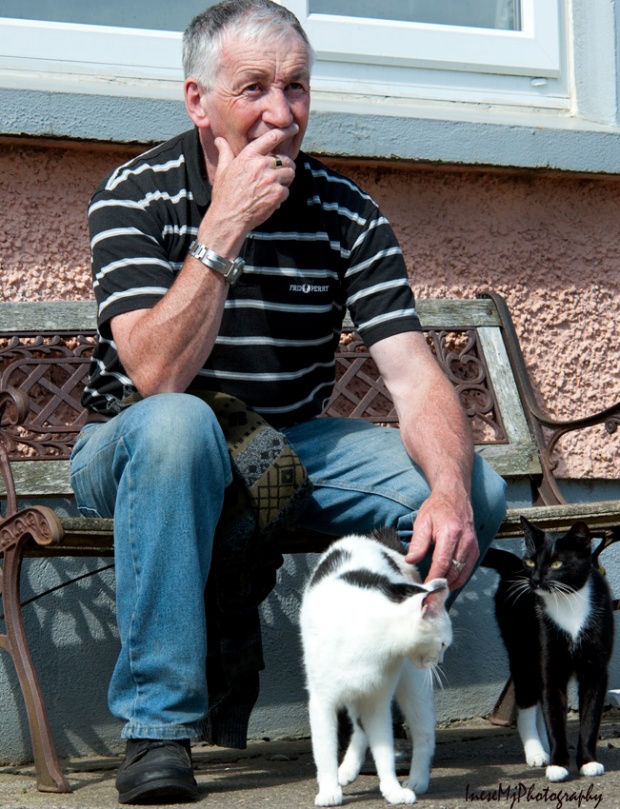 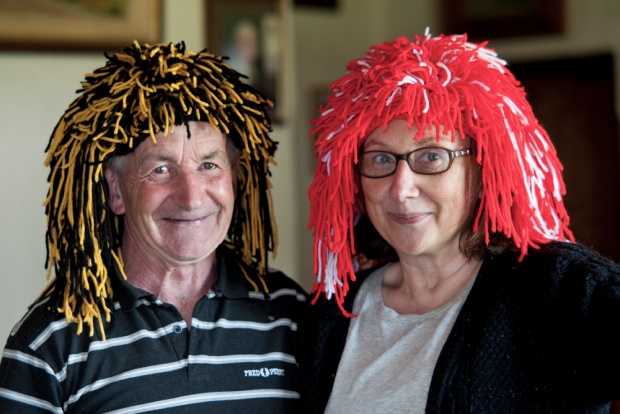