This and the following four posts are dedicated to the Friends of St. John’s River.

Waterford is situated along the beautiful River Suir – the river one cannot miss. Many visitors, however, might never realise that there is another river sneaking behind the Waterford Crystal House – St. John’s River, which, according to her Friends, represents the heart of the city. About a mile from the Rice bridge River Suir curves to the SE direction. Right before the curve is where two rivers meet.

Until the 18th century, St. John’s River didn’t have banks – there was a marshland and a pool of water that filled up at high tide and almost emptied at low tide. The pool was drained, the city expanded, and St. John’s River was contained within the banks reinforced with stone all the way to the River Suir. Here is some more history.

We know where the mouth of St. John’s River is, but where is the source? I don’t know it, but we will walk as far as we can and try to find it out.

Meanwhile, lets stay at the mouth of the river a little longer and enjoy the wildlife.

This heron at Marina hotel is wise enough to understand that photographers cannot fly over the fencing. 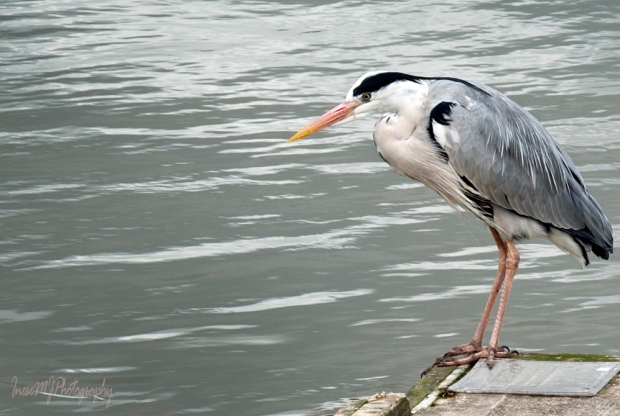 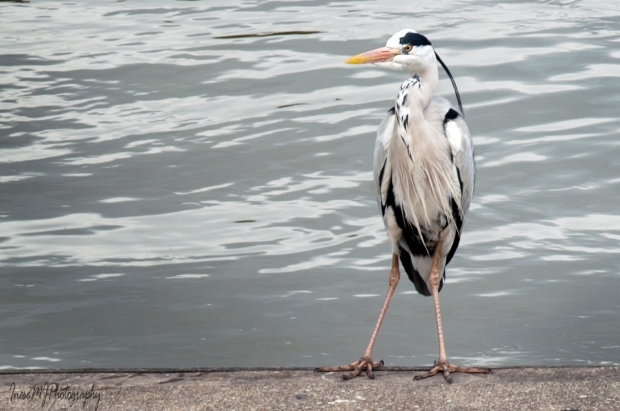 This gull is probably an adult non-breeding Herring gull.

These two look like young Great black-backed gulls. My knowledge of the juvenile gull classification is almost nonexistent.

One ‘teenager’ annoying the other 🙂 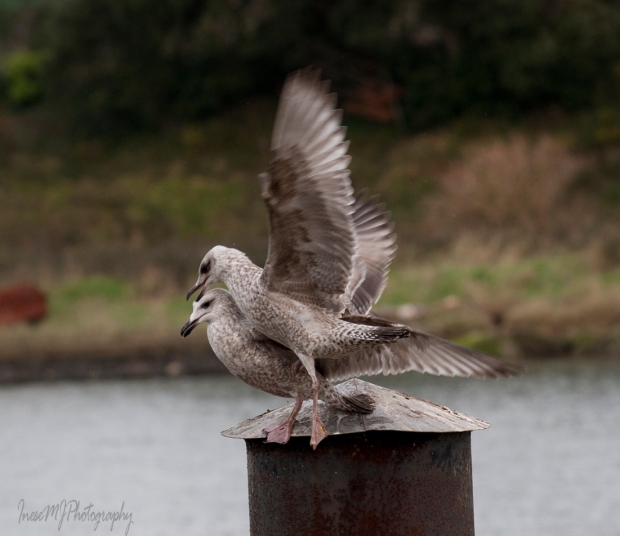 The cutest group of Black-headed gulls in their winter plumage. I have no idea what is that ‘stranger’ they have adopted.

The last look at the River Suir from the Scotch Quay before we are off to follow St. John’s River through the city.

We walk to the Georges Quay. The unnamed metal pedestrian bridge connects to the Adelphi Quay. 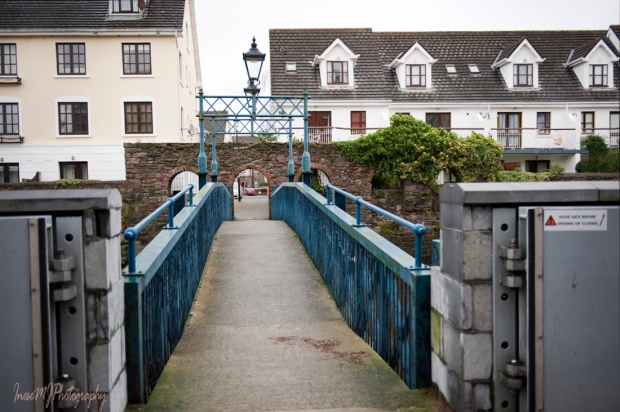 Gigantic red buoy in the Georges Quay is a lovely bright detail among the grey surroundings.

Pigeons are heading to the William Street Bridge. So are we. 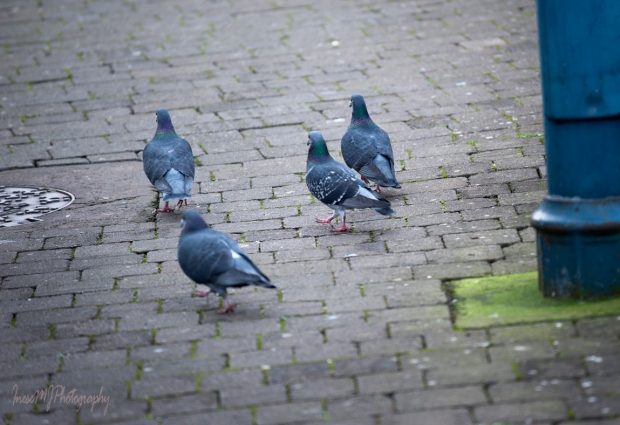 We cross to the other side of St. John’s River. William Street bridge was built between 1780-1820. It is a single arch humpback bridge.

Pigeons are foraging on the walls. 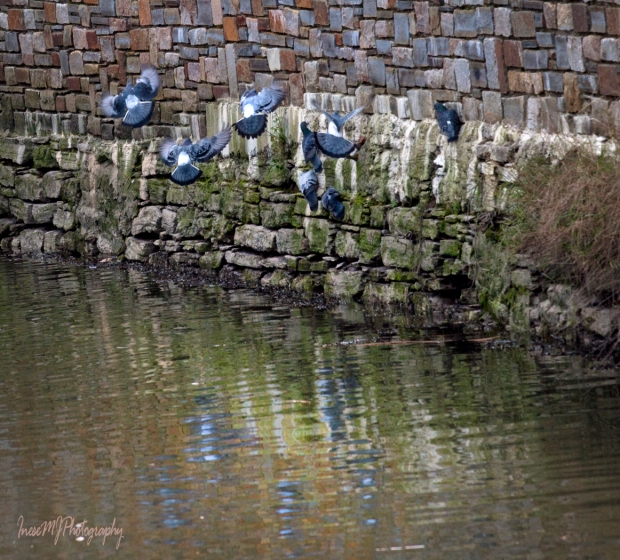 We pass the car park and enter City Courthouse grounds. Courthouse was built to the design of Terence O’Reilly on the site of the ruins of St Catherine’s Abbey in 1841. Many of the dead from the 1604 outbreak of plague were buried in these grounds. Courthouse was recently refurbished and extended. In 2016, after the epic All-Ireland hurling semi-final, Kilkenny flag was put out at the top of the Courthouse .You might remember my blog post where I mentioned the long lasting rivalry between our two counties divided by River Suir.

I am mostly interested in starlings residing in the grounds. 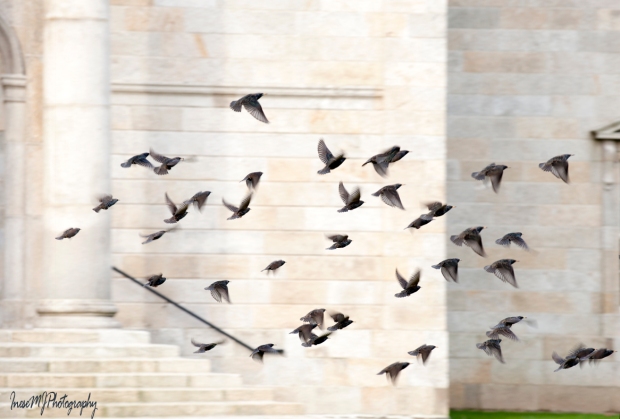 Charming lattice work iron bridge over St. John’s River connect Courthouse grounds with People’s Park. The bridge was opened in 1857 by then Lord Lieutenant of Ireland William Frederick Howard, 7th Earl of Carlisle, and named Carlisle Bridge for him.

In the “waste and weary swamp covered with dank and fetid water“, People’s Park was laid out in 1857, after the marshland was drained and St. John’s River diverted and contained in the banks. The “Orb” in the picture is a sculpture incorporating water continuously flowing over it. The sculpture was created by Tina O’Connell, and installed in 2002 in the place of a beautiful Victorian fountain which was vandalized beyond repair.

Look back at the Courthouse ( I just love this bridge). 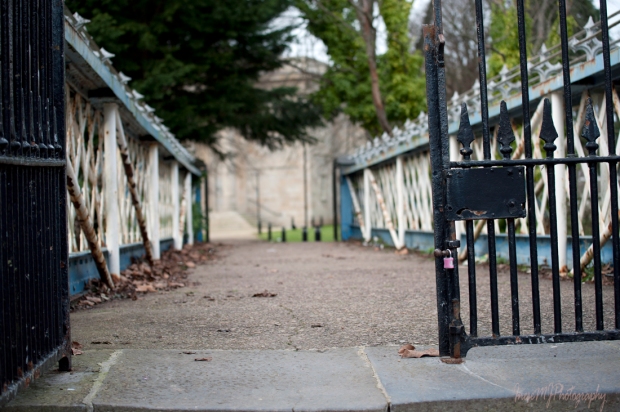 Blackheaded gulls on the Carlisle bridge.

One more look back. 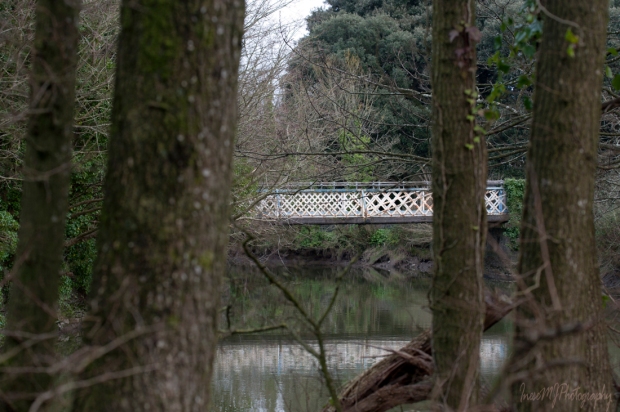 This is the end of today’s walk. We leave People’s Park and walk into town again. Hardy’s Bridge below was built in 1841/1842, and commemorates the captain of Admiral Nelson’s flagship HMS Victory Sir Thomas Masterman Hardy (1769-1839).

We resume our walk along the St. John’s River in two weeks. Thank you for joining the tour.