From Wikipedia, the free encyclopedia:
A blaa /blæ/ is a doughy, white bread bun (roll) speciality; particularly associated with Waterford, Ireland... 12,000 blaas are sold each day.
There are four bakeries making blaas, two of them in Waterford city – Hickey’s Bakery, and M & D Bakery. The Waterford blaa has been around three hundred years, since the Huguenot settlers introduced this simple bread to the locals. Never cut a blaa with a knife! It has to be torn apart by hand and eaten with butter or any filling of your choice, like rashers or chicken filet.
A student who preferred to stay anonymous, kindly gave me permission to take a picture of his blaa and rashers. 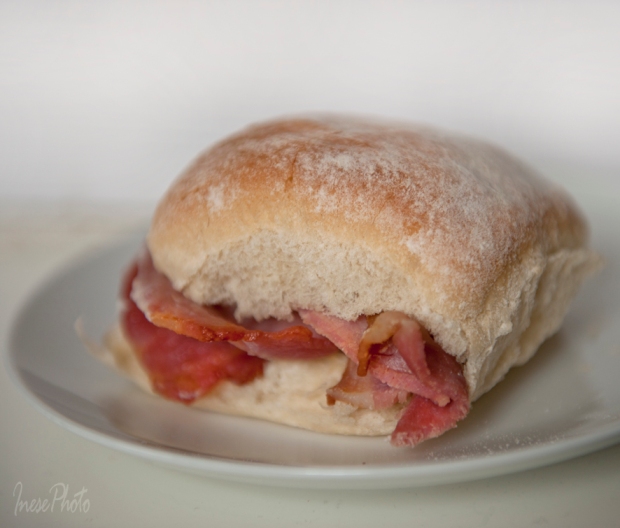 Blaa has a very special place in the heart of  Waterford people.
The graffiti in my opening photograph is not a blaa advertisement though. The other side of the river Suir in Waterford – Ferrybank – mostly belongs to County Kilkenny, and traditionally, some Kilkenny people risking their lives leave teasing graffiti on The Flour Mills or on the high vertical cliff behind the railway station to annoy  Waterford folks.
The Flour Mills, as they look in my photograph from 2015, don’t exist anymore. This summer the grain silos were taken down first, and the derelict buildings followed.

There are a few more photographs of the Mills taken in November 2015. 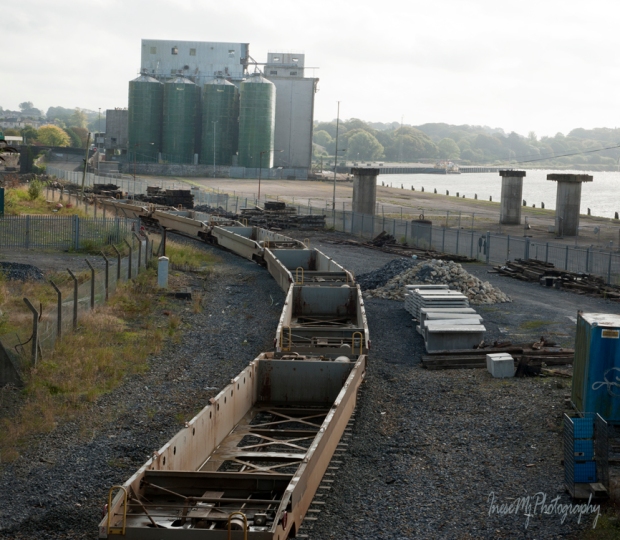 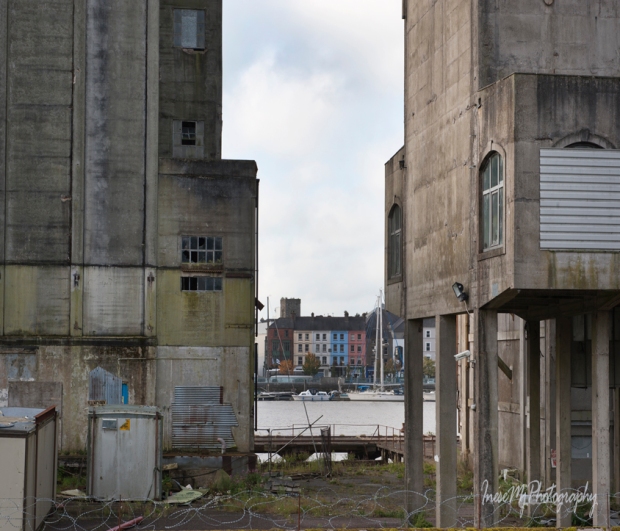 The Mills were always there, ruining pictures 🙂 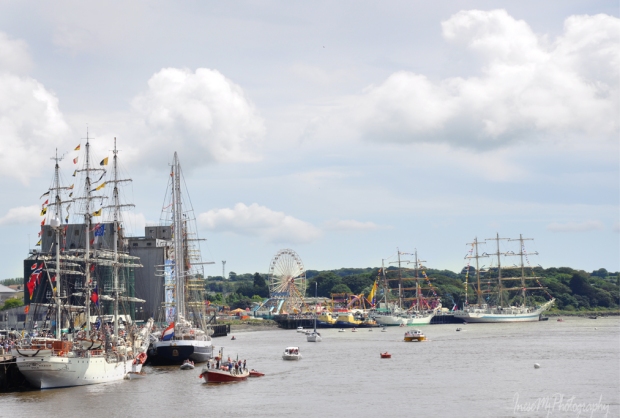 The nine storey building constructed in 1905 and listed in the National Inventory of Architectural Heritage as ‘an imposing building of national importance’, has been preserved.

The rest of the mill will have to go.

There is another ghost on the other side of the river in Waterford City –  the Ferrybank Shopping Centre on Kilkenny/Waterford border, that was completed in 2008 and has never opened. Its cost is € 100M.

Ta-da! This picture was taken in 2005 with Ard Rí already abandoned five years prior.

But the ghosts are not easy to rid off. Especially in the internet. There still is a booking page for Ard Rí! 🙂

Hope this beautiful Sumac that grows in Ferrybank brightens the story of this less fortunate suburb of Waterford city. 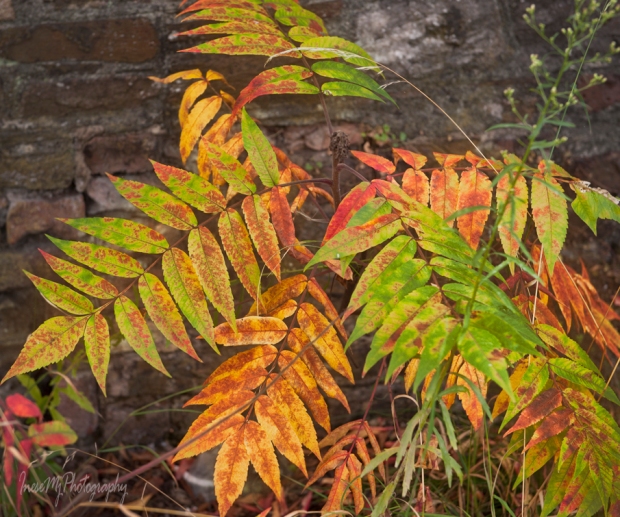 And here is my latest picture of Ferrybank on the other side of the river Suir – with the Supermoon shining through the clouds 🙂 I didn’t have enough enthusiasm to camp by the river and wait for the clouds to clear away.

Thank you for walking around Ferrybank with me! I link this post to Milford Street , Equinoxio  and Geezer 94 – the blogs that are often showcasing history and old buildings. Please visit and follow.