For those who don’t know yet, Spraoi is a free street festival taking place every August bank holiday weekend in Waterford, Ireland. I have written a good few posts about Spraoi, some of them can be found on this page. Spraoi is back once again, and so is Scotch!

Last August I featured the Dutch party band Scotch in one of my Spraoi related blog posts. An established favorite in Waterford, the band is celebrating their 15th anniversary this year. Way to go, Scotch!

This is Tim. He wasn’t with the band in Waterford last year. 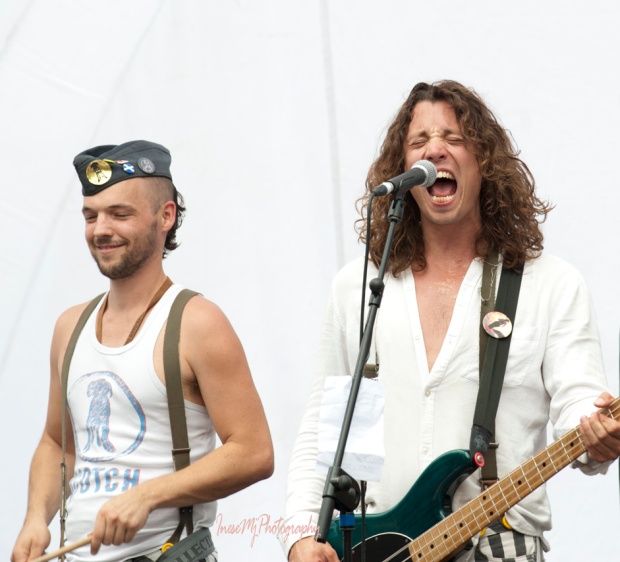 I didn’t get a decent picture of Jochem that time, but bear with me.

Hi Wouter! Glad to see you and the guys. How does it feel to be on the Waterford soil again?

We really enjoyed to be back at Spraoi! It’s starting to feel a bit like home 🙂

How was your year since the last Spraoi? Any news?

The last year we’ve been mostly on the road. Have been touring every other month to a total of 12 different countries: The Netherlands, Belgium, Denmark, Italy, France, Czech Republic, Croatia, England, Wales, Scotland, Northern Ireland and Republic of Ireland.

It is a very impressive list. Delighted for you and for those who were lucky to hear you perform. Sad that Sam won’t be touring Europe with the band any more. Why this decision? Do you have another violinist lined up?

Sam decided there’s no room in his life to play in a band. It’s too demanding to run a family, have a day job and tour all over Europe. It has been harsh but in the last months we’ve found our way to deal with it. There will be a new violinist, and starting next week we will be performing a new show. Looking forward to that!

So do I and all your fans. Thank you!

So, the rest of this post is dedicated to Sam who has been with the band from its first day. 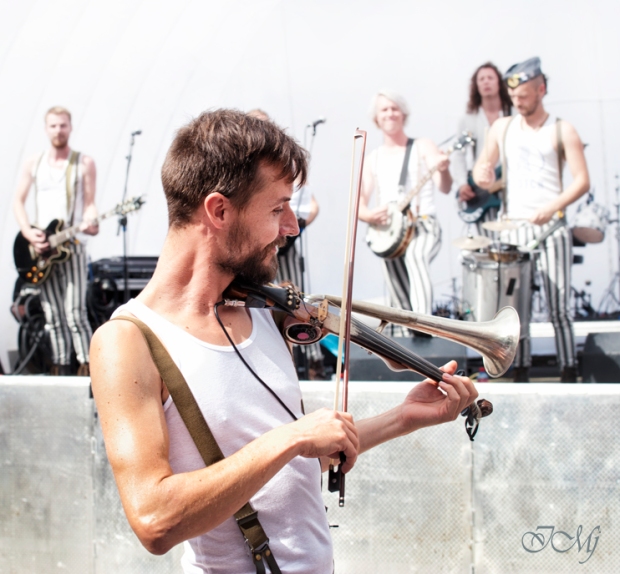 For his solo number, Sam left the stage and mingled with the crowd. It didn’t take him long to make everybody dance 🙂 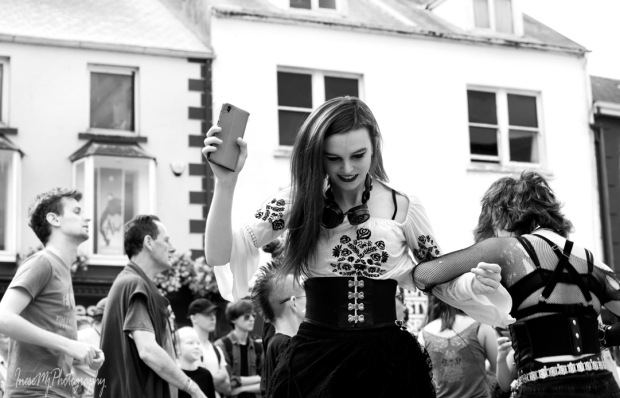 The band had another two gigs scheduled for the weekend, and I came over to Kazbar to take some pictures in a more relaxed atmosphere. 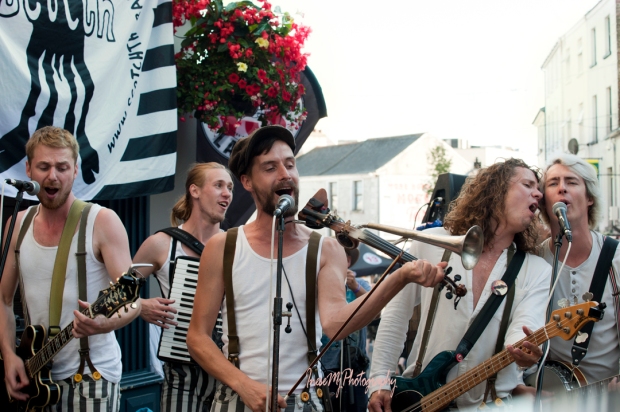 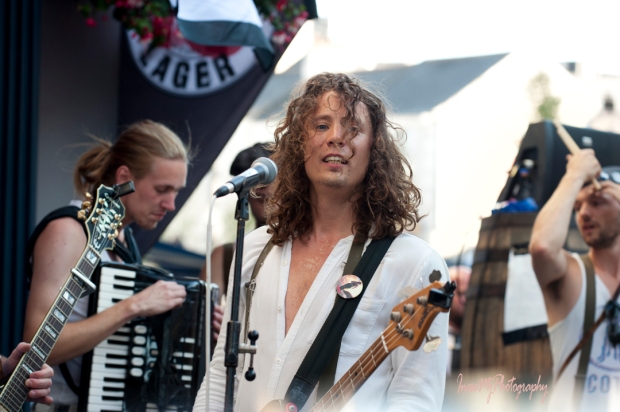 It is where I had a chance to take a proper picture of Jochem sporting a platinum mane. You can rock any style, Jochem 🙂 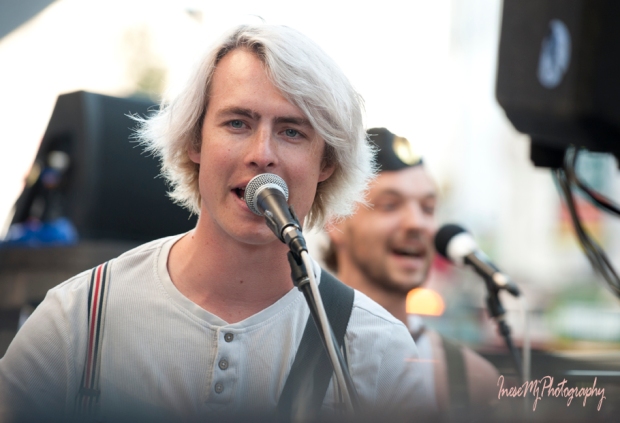 More pictures of Sam ( ah it is so so sad) 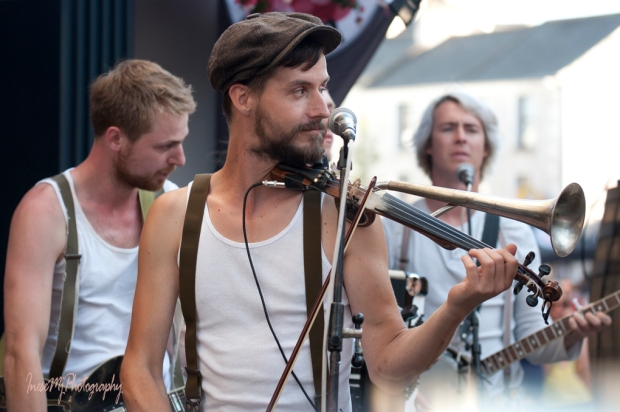 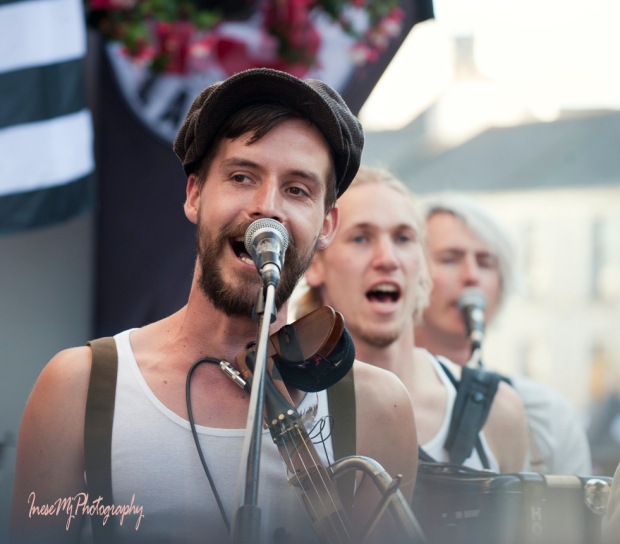 With his fans, one more time. 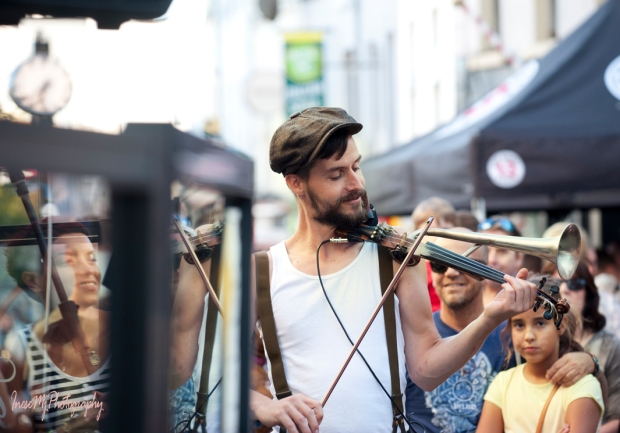 There was that sad beautiful stranger who had been standing there and showing no interest in the gig whatsoever.

But who can resist Wouter’s charm? I am sure she smiled back 🙂 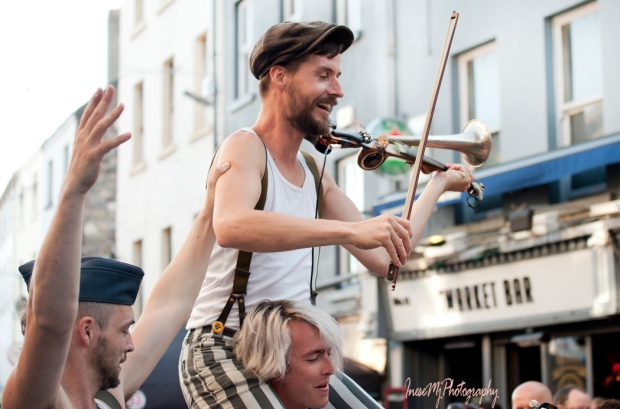 The audience was so large that I decided to take a picture of the part of it that was reflected in the roof mirror.

Some more from Spraoi in my blog in November.