Shortly after my trip to the Zoo I read this blog post on Weave A Web. It is supposed to be humorous – which it sure is – but in connection with my zoo visit, it gave me some food for thoughts. Do we really need to interfere and ‘improve’ the Nature? Is the ‘conservation’ real? What is the percentage of successful reintroduction of a species to the wild? Especially if ‘the wild’ is made unlivable for animals by humans.

I don’t want to upset you at the beginning of my post. Let’s go back to the hippos and watch Atiya and her antics. 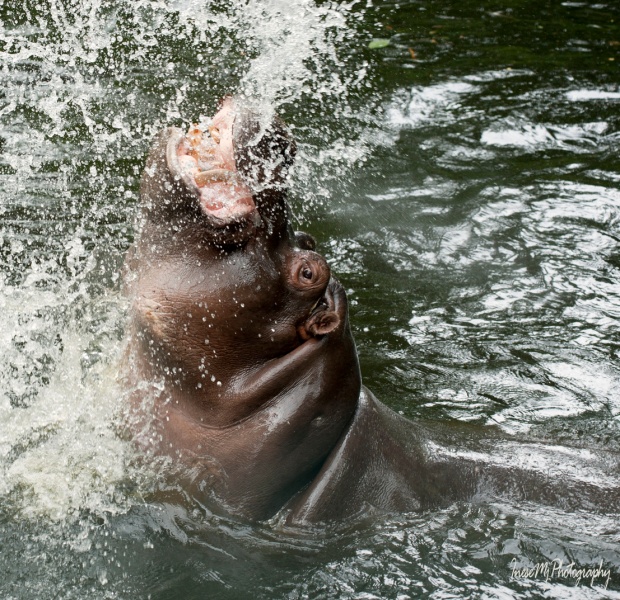 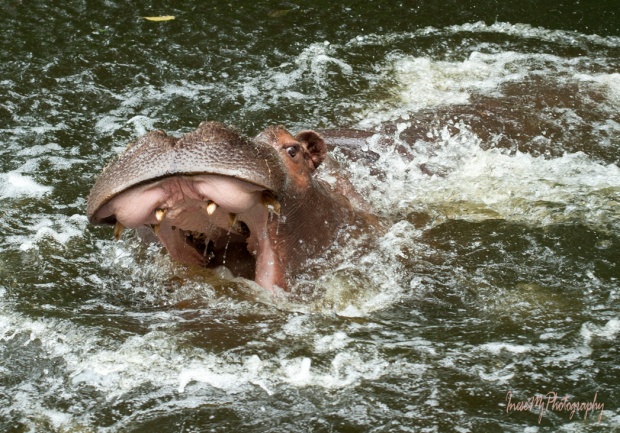 In 2002 a tragedy struck. Linda, a 28 years old female hippo, became ill and died. A post mortem revealed the tennis ball blocked her intestine. As they don’t sell tennis balls in the zoo, it had to have been brought in by a visitor. Linda’s 13 month old son Hoovie who had never left her side, kept wandering around the enclosure, lonely and confused, looking for his mother. Henry, her mate of 16 years, was left bereft. Later he got a new mate, Heidi. 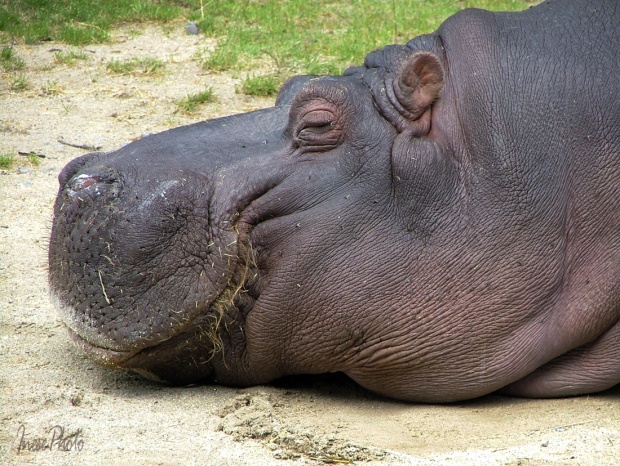 The last group of animals we will visit today are our ‘cousins’, the primates.  Saki monkey in this picture looks gorgeous, but I would love to see him more contented.

Western lowland gorillas look even less contented. It was the saddest place I visited in the zoo. 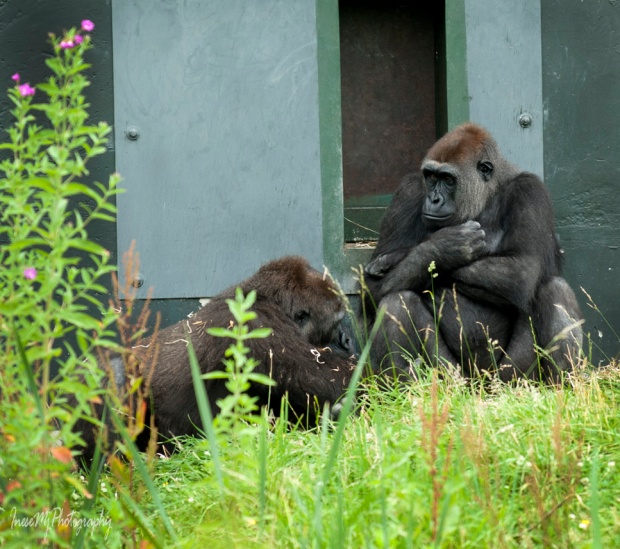 Are they still grieving?  Sunday May 29 2016 was one of the saddest days in the zoo. Harry, the ‘gentle giant’, beloved silverback passed away. Ireland was heartbroken.

Harry presumably suffered a stroke after being unwell for a few days.

Harry arrived at Dublin Zoo in September 1995 when he was just nine years old. He was 29 when he died. His mate of 21 years, Lena, and the other gorillas  searched the island for Harry and cried. Lena and Harry had six babies over the years. When Harry died, she was pregnant and gave birth to a healthy baby boy Kitoko two months later.

It is what their enclosure looked like in 2007. The main entertainment was to sit and stare through the glass into the greenery.

Henry died shortly after the troupe were relocated to the spacious Gorilla Rainforest. Was it too much for the 29 years old leader to monitor such a big territory? I don’t know. He was a great leader anyway, calm and gentle. If a fight broke out, he would step in and stop the conflict.

Life is going on. New babies are born in Gorilla Rainforest.

And here are some pictures from the Chimpanzee Island.

This chimp looks sad and lonely.

Another chimp sees that and hurries to his pal to offer comfort. 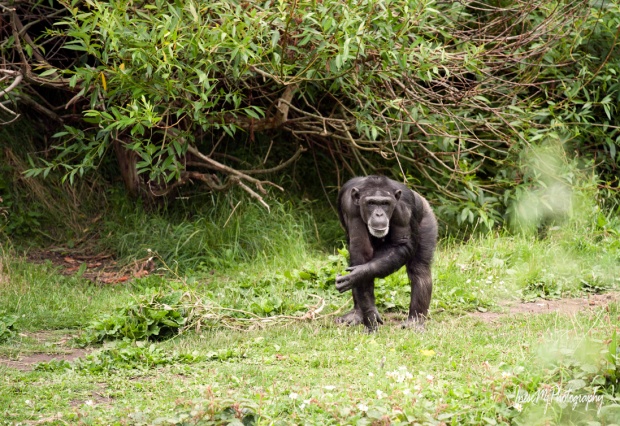 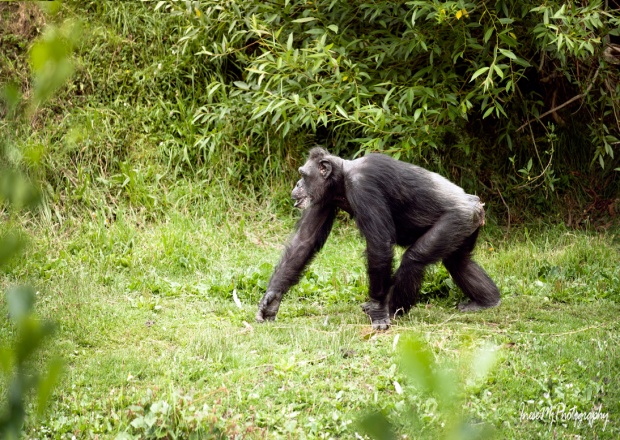 Too late! Someone else is already there with a hug.

It is so good to have a friend by your side. 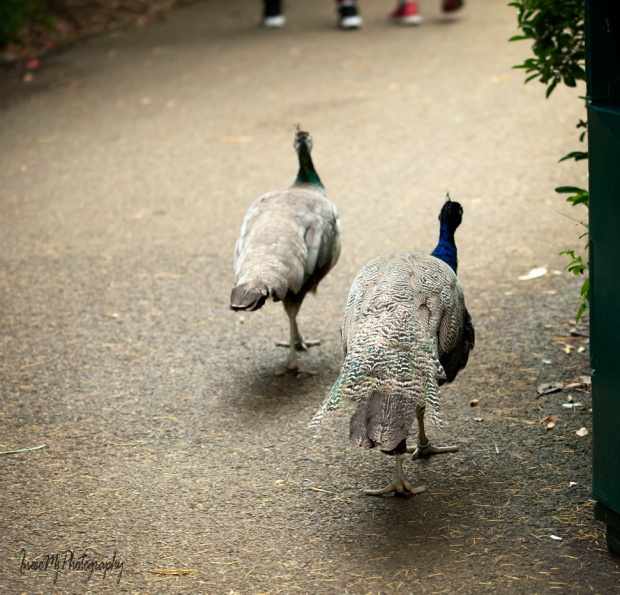 As some of you might have guessed, I went to the Dublin Zoo to see Philip. However on that day the old Reptile House was closed as the animals were in the process of moving to the Zoorassic World. I left without answers. Later that day I emailed to the customer service and asked if they had a Water dragon in their Zoorassic World collection. A lady named Jennifer replied that they hadn’t. Then I asked if a water dragon they got from the Reptile Village has died, and she said no, he just moved to Dudley Zoo in April this year. I opened their page. The dragon didn’t look like Philip to me. I have to see the dragon to be sure as he has some distinctive features I could recognize. I don’t give up on finding Philip yet.

Thank you for your wonderful company!