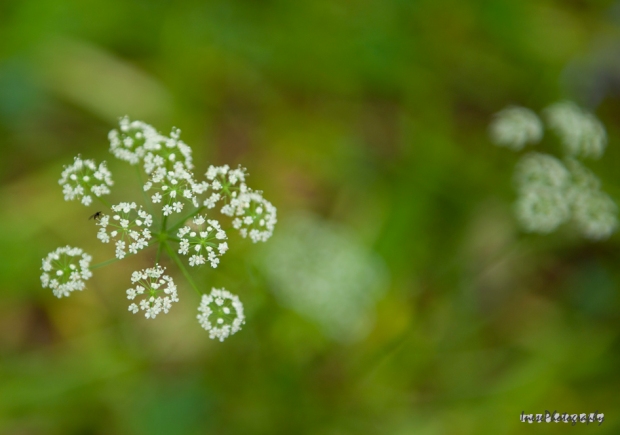 The past and the present in rural Ireland are balanced and closely tied up together. I want to share some photographs of ancient things taken in different years and seasons, and thank the thoughtful farmers who are the guardians and protectors of the balance.

There are about 190 dolmens in Ireland.  Dolmens have an entrance – the portal. Another name for dolmens is Portal tomb, because most of them are associated with graves.

The most visited dolmen is Poulnabrone portal dolmen  – a fine megalithic monument in the Burren, Co Clare . 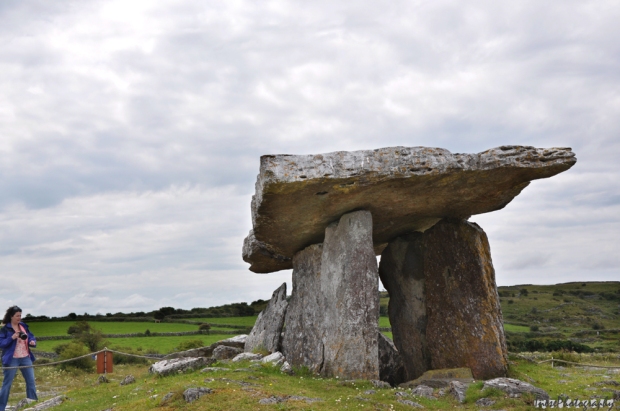 The magnificent Proleek dolmen is also known as the Giant’s Load. It is situated in Co Louth near Dundalk, in the grounds of   Ballymascanlon Hotel.

The dolmen  is about 3 m high and has a round capstone weighing approximately 35 tons. Legend says that a wish will be granted to anyone who can throw a pebble on its capstone so that it stays there.

The dolmen is about 3 m high, and has two enormous capstones.

Next to the dolmen is an old graveyard, quite overgrown. This is what it looks like in the end of December… 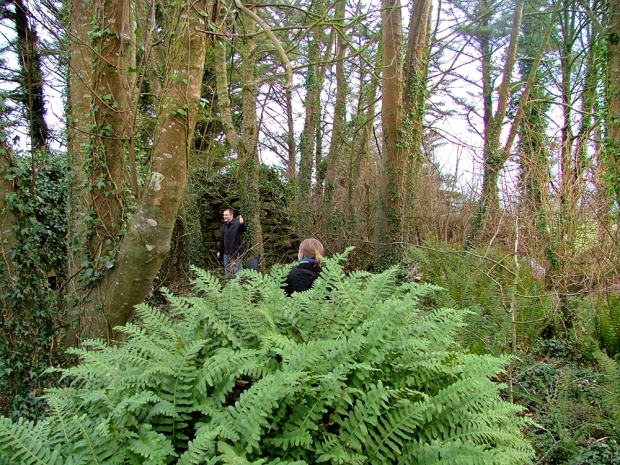 A few minutes drive from Knockeen dolmen, there is another amazing megalith – Gaulstown dolmen. If you are interested, here is a Tramore area Dolmen map,  but you have to know that some of the dolmens cannot  be seen from the road. 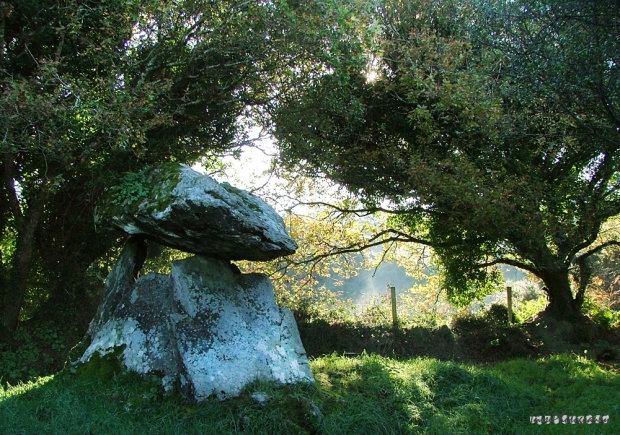 This is one of the dolmens that is accessible a whole year. Kilmogue dolmen, or Harristown dolmen, or Leac an Scail, is Ireland’s tallest dolmen at almost 5 meters or 15 feet from the ground to the tip of the capstone. It is situated near Templeorum, Co Kilkenny. 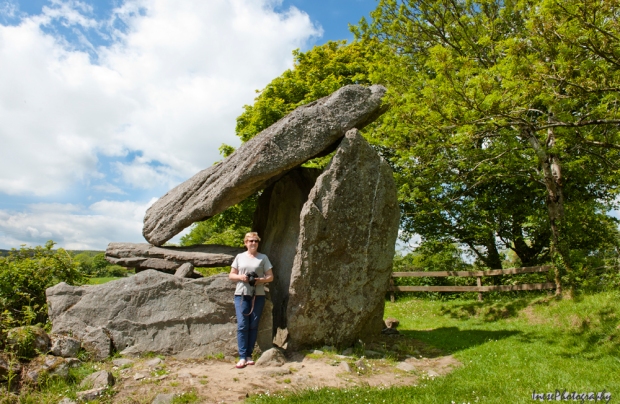 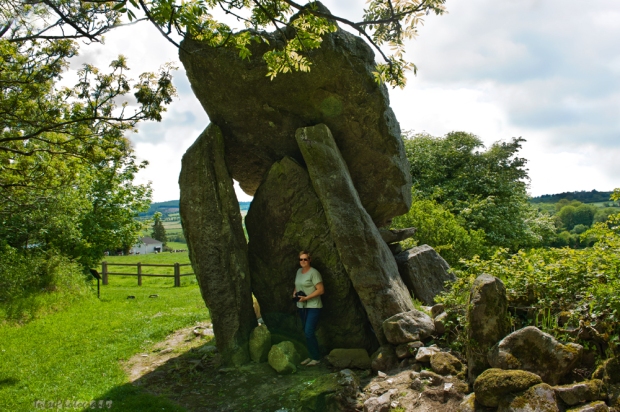 Another fascinating structure is a Fairy rath.

There are about 50.000 Fairy  raths, or Fairy forts in Ireland –  the remains of the Bronze Age – Iron Age circular dwellings. It is what the archeologists say. The ancient books say that the raths are the portals to the magical world of the Tuatha Dé Danann little people,  the fairies.

As you see, the trees grow only on the edges of the circular wall  and the central section. Why? No one knows. 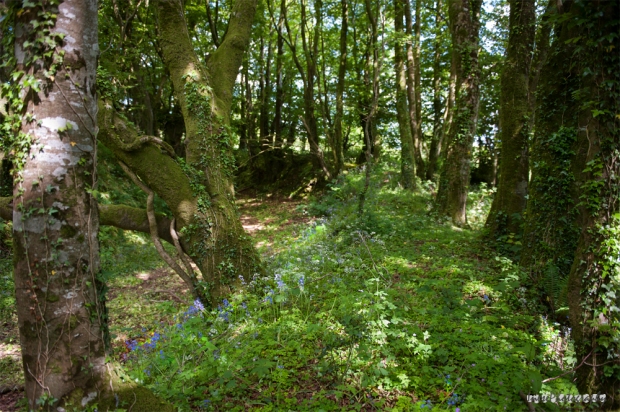 The ditch, or moat, is very deep, and there is no growth. Who can explain this?

No one in their sound mind would cut a tree or even break a branch from a rath. Most of people believe that  if they do so, they would be followed by bad luck. Here you can read what happens when you don’t respect the fairies.

The Fairy raths were used as burial grounds for the  babies who died before they could be baptized, and had thus been denied  a burial in the Church grounds.  If the Catholic God would not accept the little ones, the ancient Gods would accept them. Babies buried in raths were thought to be protected by the fairies.

Thank you for taking a trip to the ancient places with me! Hope you enjoyed the reading.