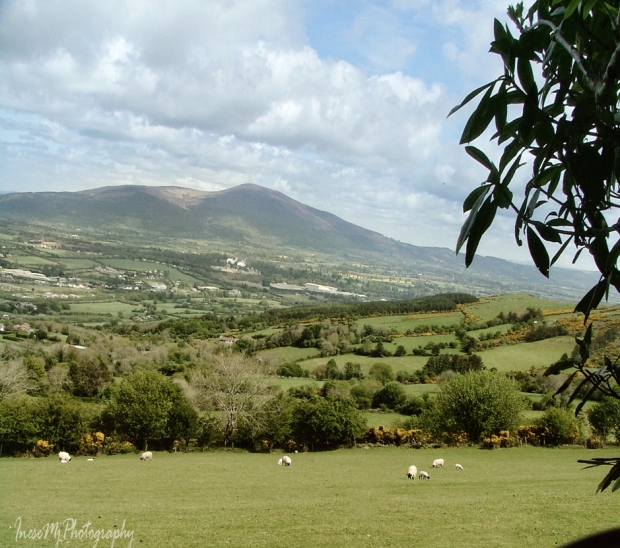 Before Christmas, I want to squeeze in a blog about the most beautiful mountain in Co. Tipperary – Sliabh na mBan, or Slievenamon. In the ancient times, when the slopes of the mountain were covered with forest of hazel, beech, oak and alder, young giant warrior Fionn mac Cumhaill went out hunting deer. It is when he met Sadhbh, the daughter of the magician Dearg,  in a form of a white doe. Sadhbh was turned into a deer by a druid Fear Doirich – Dark Man – whom she refused to marry.

The forest is long gone, but the magic remains. Slievenamon has a troubled history, and who knows, may be the Dark Man is to blame.

When driving from Clonmel to Waterford and back, Slievenamon is always in your sight. Seasons change, but Slievenamon doesn’t. 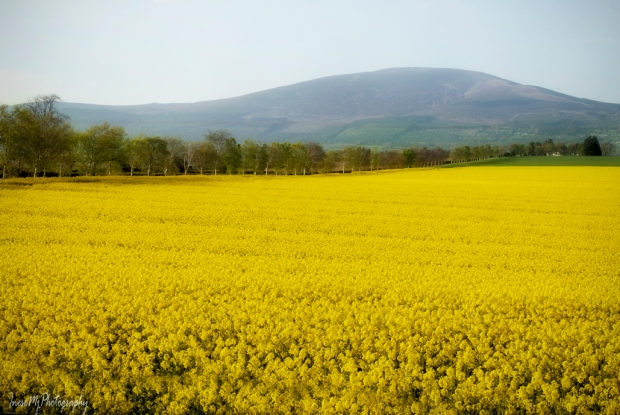 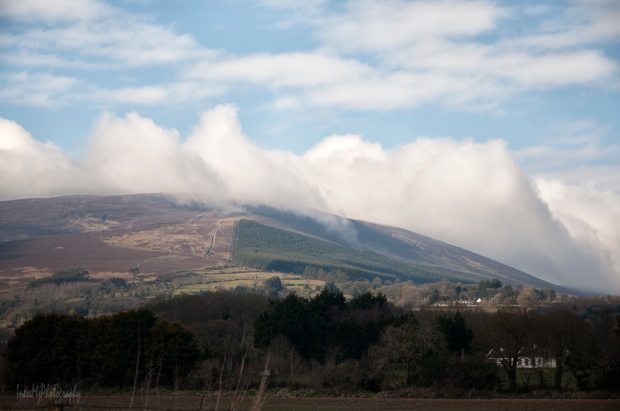 The only change is an occasional layer of snow on the top. 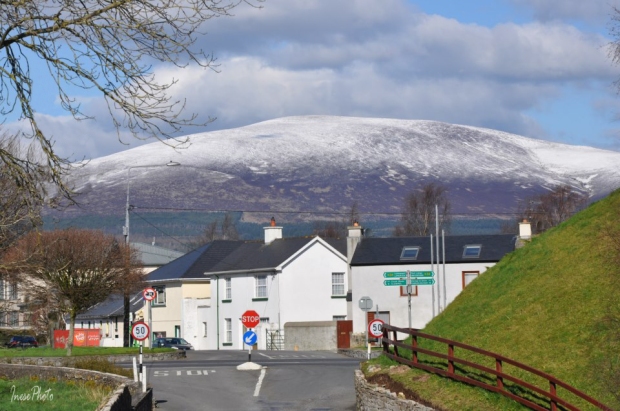 There are a few cute little villages at the foot of Slievenamon. Kilcash is the one from where Slievenamon can be climbed. Another place to visit in Kilcash is Medieval church and graveyard, and the ruins of the Butler Castle behind it. 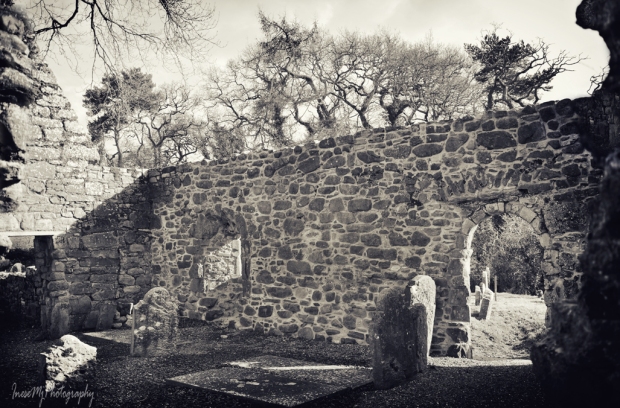 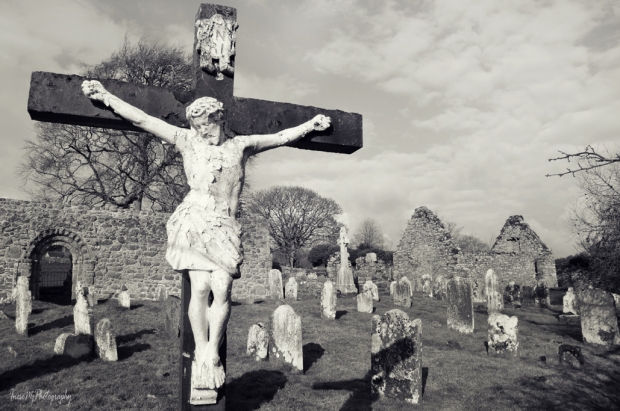 Standing in the graveyard, I look at the path I am going to take to reach the summit. 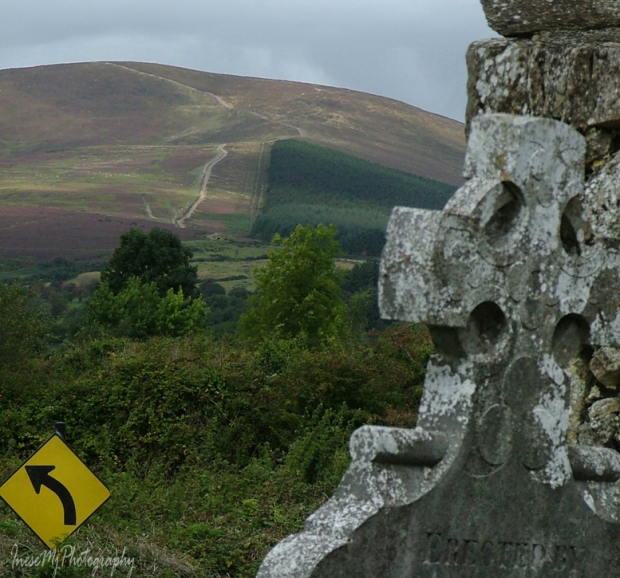 For a fit local resident climbing Slievenamon is a piece of cake, and it takes less than 50 minutes ( elevation 2,365 ft, climb 1500 ft ). People walk there with their dogs.  I have been to the summit only once, when I was much younger. Since then I was only able to make it to the stone wall half way to the summit. The good news – you won’t get lost because there is a distinct track. 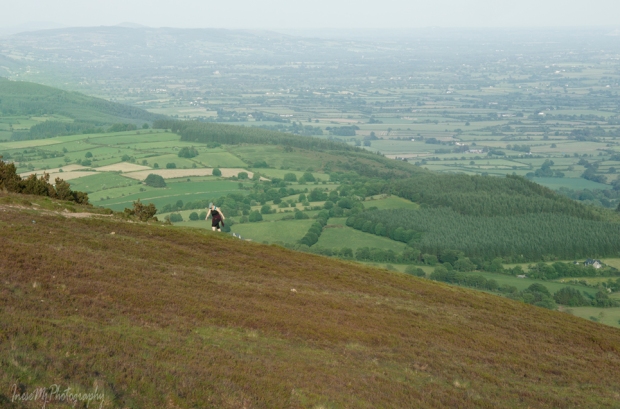 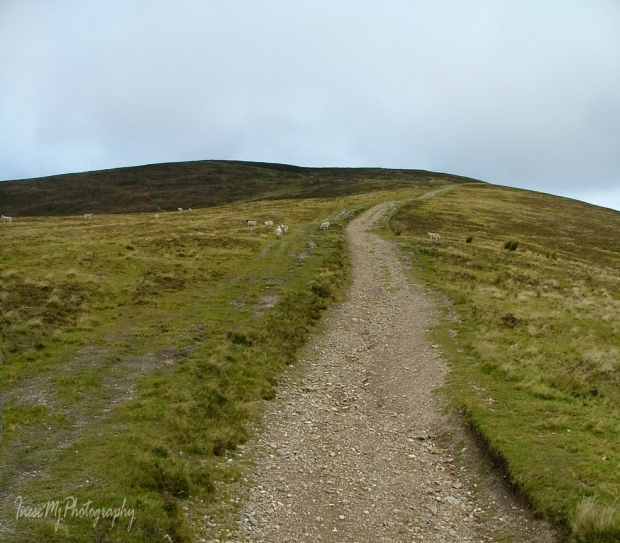 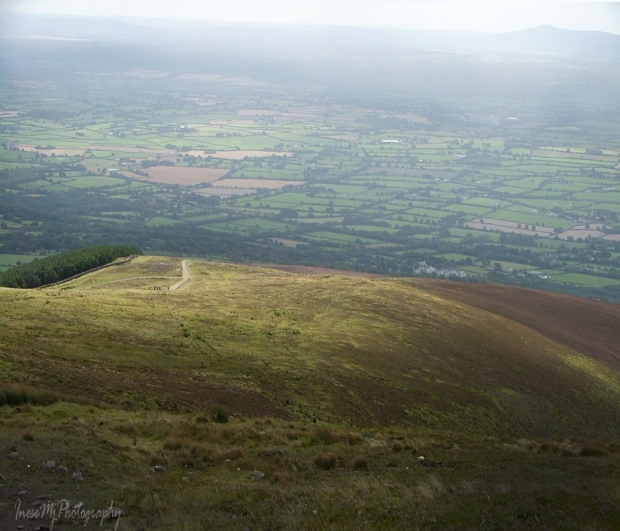 Waterford bridge is 40 km away, but I can clearly see it. 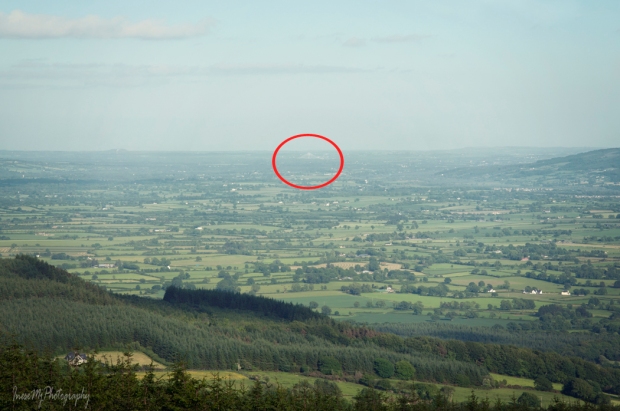 Closer to the summit, it is cold and misty. 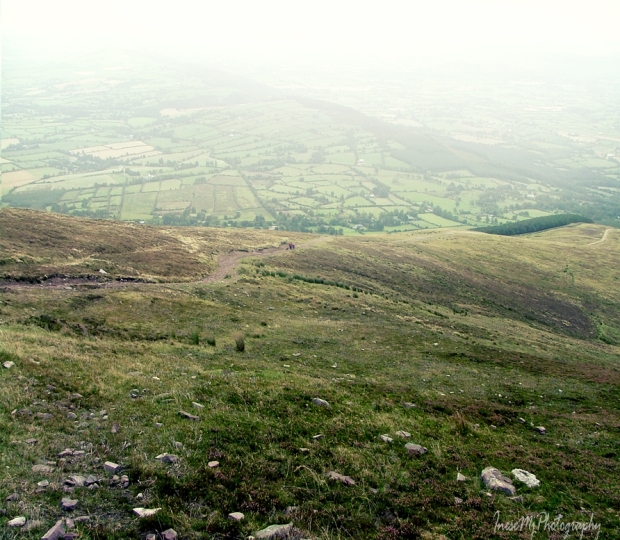 The ‘false summit’ – rather flat, with a pile of rocks (cairn) in the middle ( I am standing on it). Some people pick up a rock at the foot of the mountain and take it to the cairn to add to the pile. I was barely able to take myself up there… The cairn marks an entrance to the underworld, they say. Who knows. A less distinct path takes me a few meters higher to the real summit. Unfortunately I have lost the photograph. There is a waist-high standing stone up there. 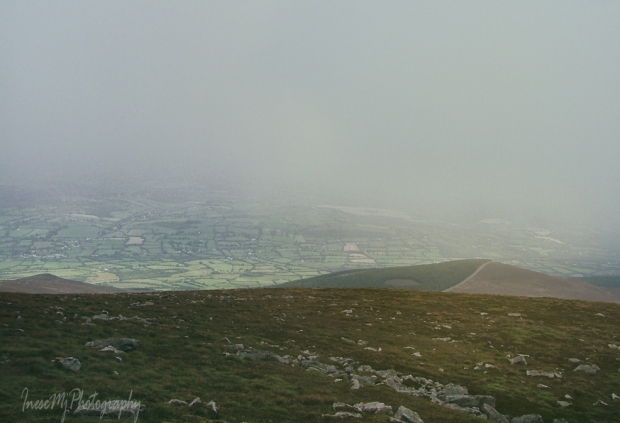 On the other side of the valley there are beautiful Comeragh Mountains. I will write about them in January. 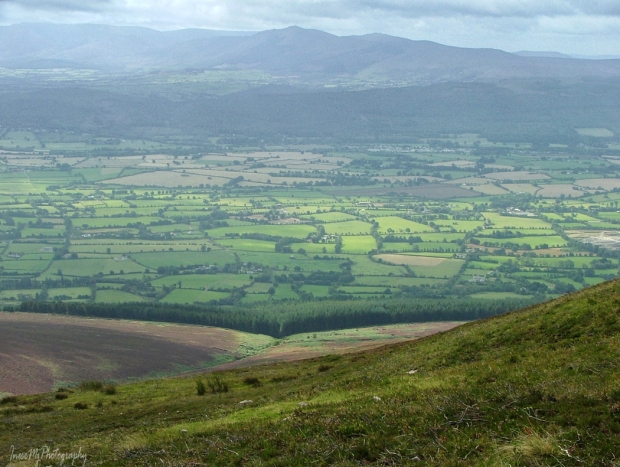 Always nice to see  a friendly face. Walking down the mountain does not take that long. 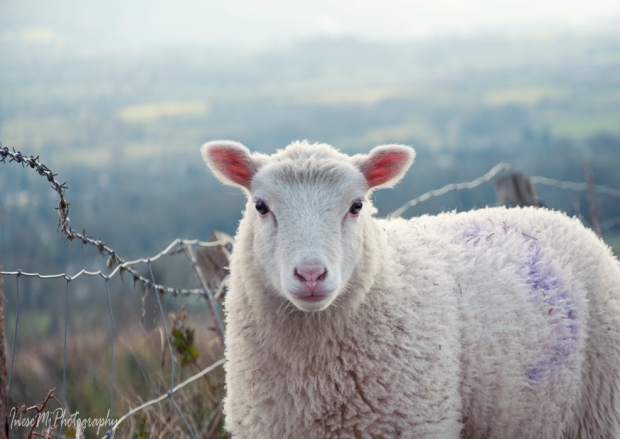 And here is a famous Irish song Slievenamon for you to enjoy.

I share a link to the blog Walking in Sonoma County…mostly , and also to La Audacia de Aquiles mythology blog. Please visit and follow 🙂 I will be back with more historical facts and myths about this beautiful mountain.