One more blog from my long walk. You can watch a video about the Cunnigar in my previous blog post

Centuries ago, An Coinigéar was owned by the Duke of Devonshire, and was the site of the first golf course in West Waterford where the Duke and his prominent buddies used to come and play. In the 1861, the strip of land was bought by John R Power. The tenants of the only dwelling house on An Coinigéar were the Walsh family. As it was so far off the road, the local postman was paid some extra cash for every time he delivered a letter.

It looks like there were trees growing on An Coinigéar in the past.

Michael Sheehan, Irish priest, educator and scholar of the Irish language, was a young boy when he first came to An Coinigéar to play croquet with his schoolmates. They somehow moved fencing out of its place, and the son of original Mr. Walsh came out of his house and gave them a piece of his mind. Young Michael in astonishment asked his friends what language was the man speaking. Irish, was the answer. Michael was so impressed that he dedicated the rest of his life to studying and promoting the language of his ancestors, and was the author of many books in Irish.

I am glad that there is no golf course on An Coinigéar these days. My favorite coastal plant Sea holly can grow undisturbed, and feed armies of different insects. 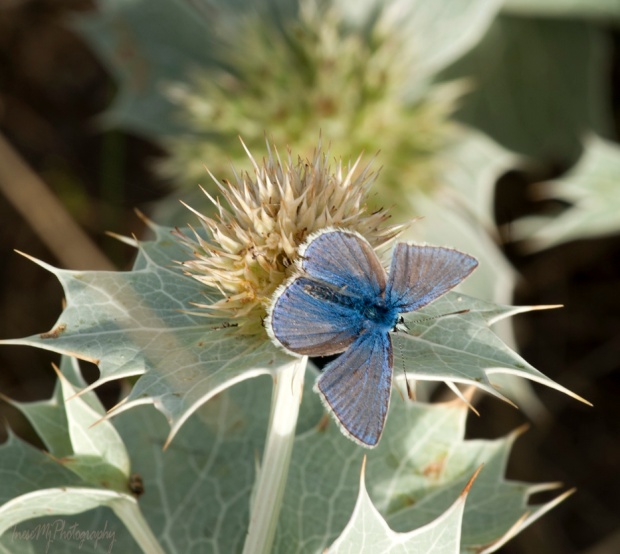 This Sea holly is hosting a party – male and female Common blue, and an unidentified wasp. 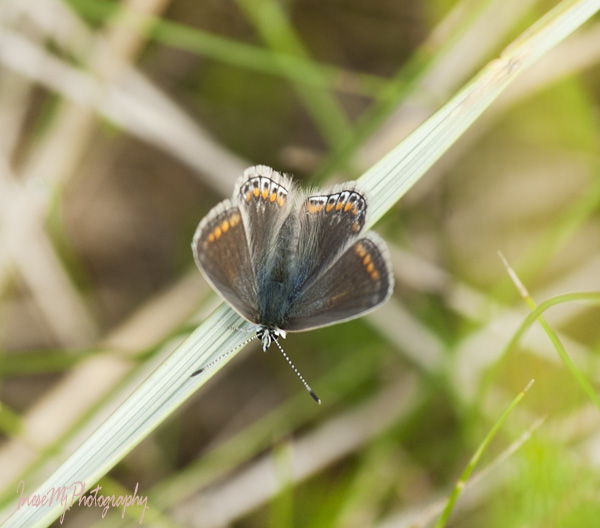 I love the fragile beauty of these little pieces of sky. 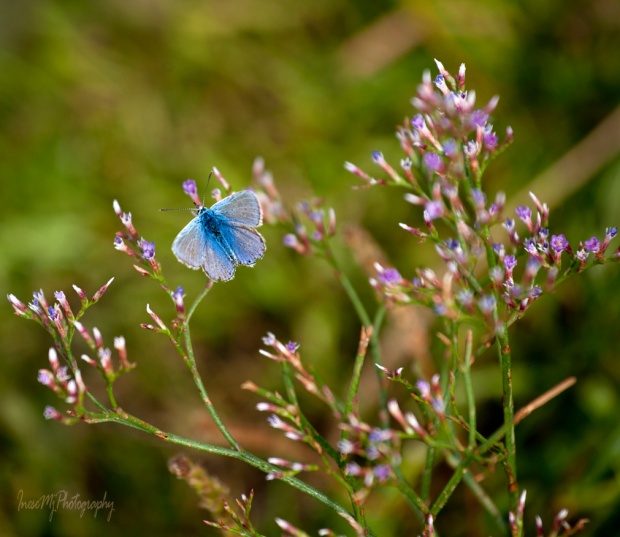 Another form of unhurried life.

I noticed the recent presence of cows on the Cunnigar, but didn’t see them. They probably crossed from west to east  behind the dunes that are several metres high. Finally I saw a herd moving towards The Ring in the low water some two hundred meters from the shore. Two cows – a huge pregnant and a young one – were way behind the herd, but the incoming tide didn’t seem to bother them. This is a heavy zoomed picture. The cows looked like two dots to me.

The western part of the estuary began filling up too, forcing the birds to relocate. 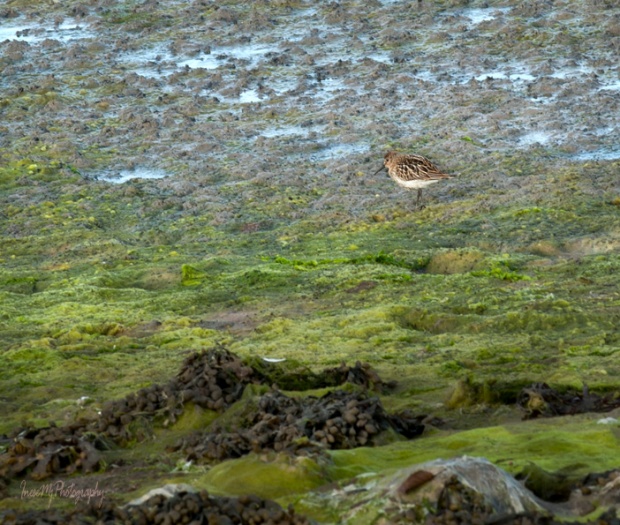 The tide was well in when I reached the dunes.

I crossed to the eastern part and was pleasantly surprised to see this male Wheatear. You can see the hallmark tail pattern. Wheatear has one of the longest migration routes of any songbird. I have read that the birds breeding in north-eastern Canada fly almost non-stop across the northern Atlantic to North Africa. My main resource of information about birds is this page.

The dunes on An Coinigéar are beautiful. I wish people were mindful about these fragile ecosystems and didn’t walk off trail. I took some pictures of birds from a distance – Pipits and Linnets. 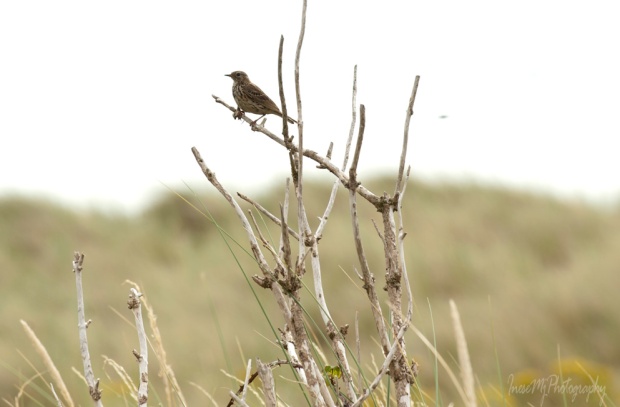 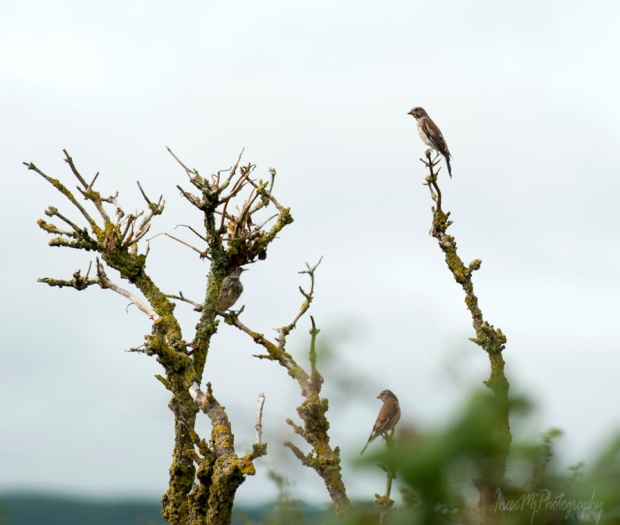 There were seven Herons standing on the other side of a marshy area, but when I tried to sneak up closer, five of them took off. I got a couple of good pictures of herons in flight, and already used one in my New Years post. 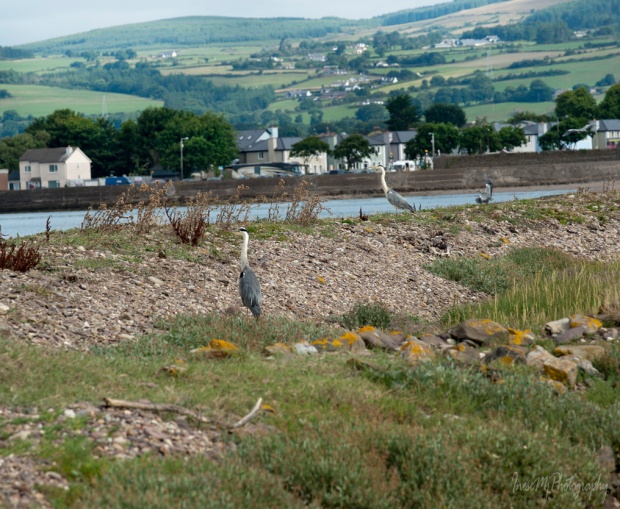 Finally I reached the Point! Dungarvan quay doesn’t look too close. At low tide, the distance is much closer, and it is possible to walk across.

Here is a link to the Dungarvan Hillwalking club website where you can learn more about the annual event of the Cunnigar Crossing, and possibly join it some day. Last year, 359 people took part and €1961 was raised for charity. If you think you might do the crossing, check out the Hillwalking Club homepage and join their Mailing list. The Crossing event will take place in July or August.

The photograph from the website is linked back to the page.

In bygone days, An Coinigéar served as a shortcut from the Ring peninsula to Dungarvan, and women went to market with their baskets on their heads, and some students crossed to attend school.

In the 1880s, it was proposed to build a bridge, but thankfully it never happened, and the automobile era put an end to the use of An Coinigéar as a shortcut.

In later years, a local family run a ferry service to take the picnic-goers over in two rowing boats. If you needed the ferry, you stood at the point and waved a white handkerchief.

On my return journey I watch the birds and enjoy being surrounded with water.

Summer is almost over, but I find some samples of coastal flora. 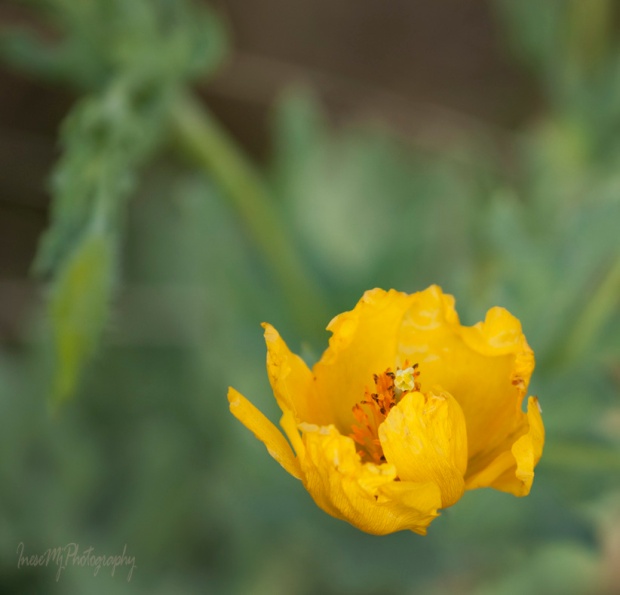 Near the car park I see the herd and immediately spot the brave mama.

Good bye, An Coinigéar. It was good to spend time with you 🙂

Thank you for joining me on this walk. 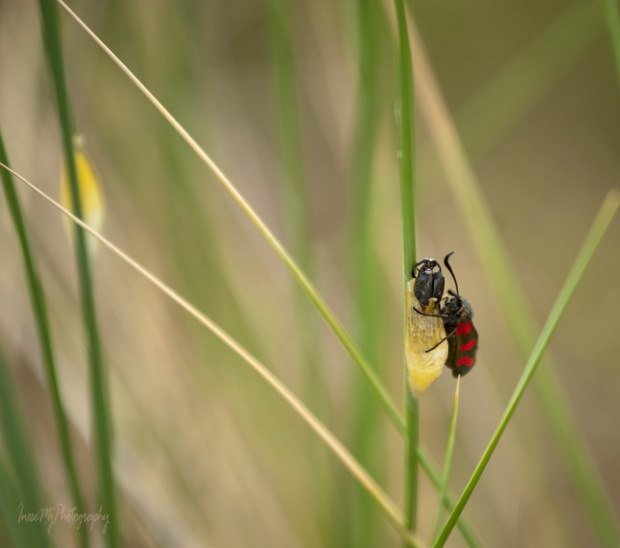 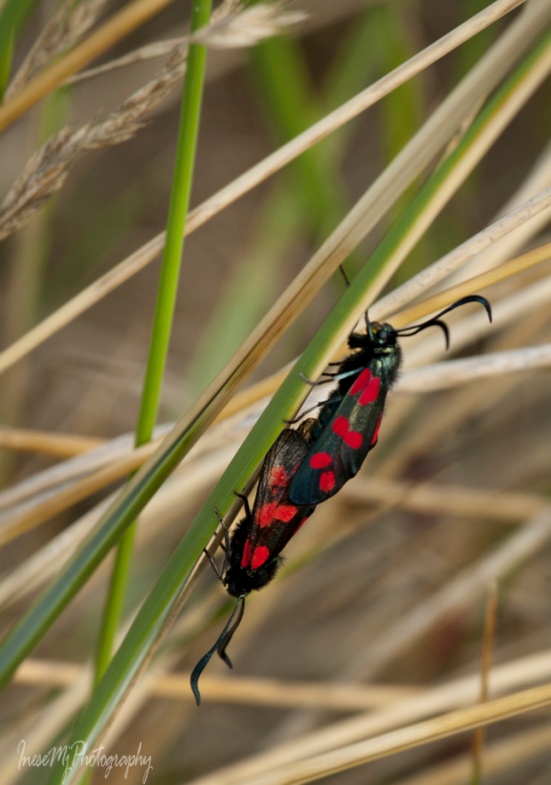 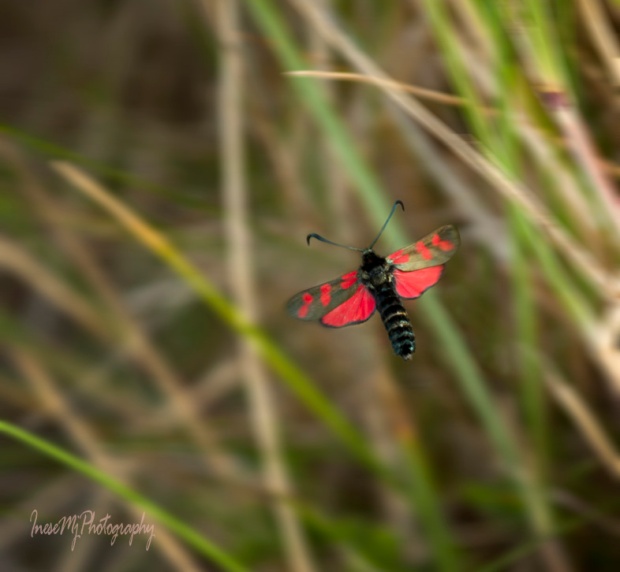 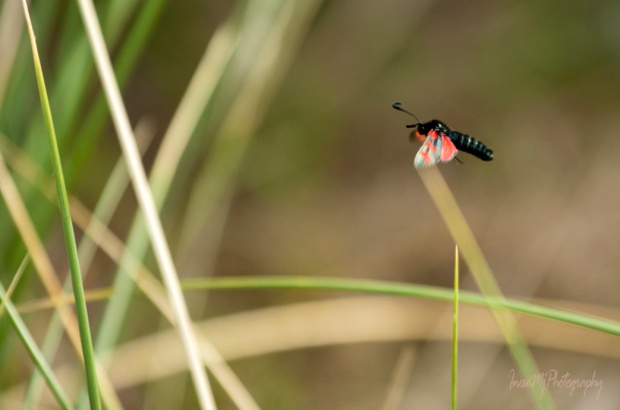 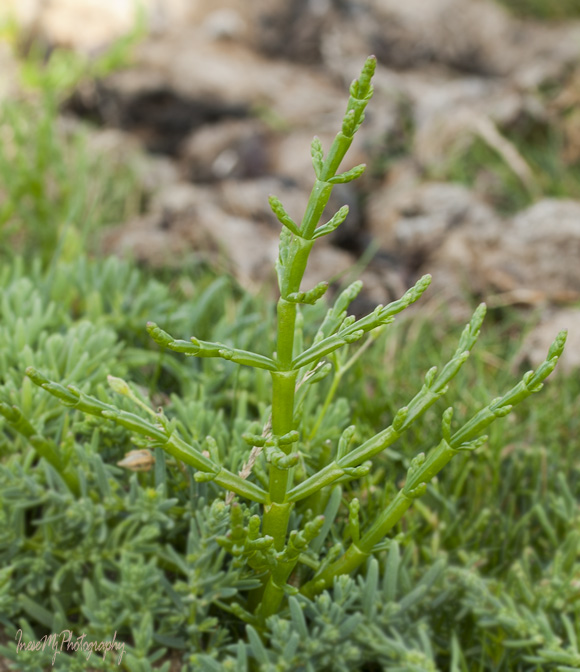