Kilkenny Castle is a popular tourist destination and place worth to visit, especially since photography is allowed.

The history of Kilkenny Castle dates back to the 12th century. As my previous post was dedicated to the Vikings, let’s start from there.

First recorded raid by Norwegian Vikings happened in 795. Among the attacked monasteries was the one on the Skeillig Michael Island – the star location of The Last Jedi movie, and home for a Puffin colony. In 902 Irish kings joined forces to expel the Vikings from Ireland but it didn’t happen until the 12th century when they took control over the Viking towns and wisely decided to let them flourish as centres of international trade. The descendants of Vikings are last mentioned in the Irish historic records in 1311.

The Kings had disputes between them. In 1167, notorious King of Leinster Dermot MacMurrough was deprived of his kingdom by the High King of Ireland Rory O’Connor and fled to France. To recover his kingdom he gained the military support of the Earl Richard de Clare, known as “Strongbow” who agreed to lead his army to Ireland, took control over the East coast, and in exchange for his aid married MacMurrough’s daughter Aoife in August 1170, the day after the capture of Waterford.

In 1172, Strongbow built a wooden tower overlooking the River Nore. It is when the history of Kilkenny Castle begins.

I just have to tell a few words about this remarkable man. A younger son of a minor nobleman, William had to make his own way in life. He began his training as a knight at the age of twelve, and was knighted eight years later. He married Aoife and Strongbow’s only daughter Isabel when she was 18 and he was over 40, and their marriage was long and happy. Thanks to the marriage, he inherited vast amount of land in Wales and Ireland and became one of the richest and most powerful men. William had served five kings as a military advisor praised for his wisdom and honesty, survived many battles and died a Knight’s Templar, aged 72. Archbishop of Canterbury called him the greatest knight who had ever lived.

In 1317, the de Clare family sold Kilkenny Castle to Hugh Despenser who unfortunately got himself hanged, drawn and quartered. In 1391, the castle was seized by Richard II and sold to the Butler family who occupied the castle from 1391 until 1935. After the Butlers sold all the furnishing in 1935, the castle began to fall into disrepair. In 1967, James Arthur Butler, 6th Marquess of Ormonde, sold the castle to the city of Kilkenny for 50 pounds.  At the key handover ceremony, young Mick Jagger made appearance dressed in some sort of cape. There is a photograph of him and a young lady, both holding paper plates with snacks.

Here you can read about the development of the castle under the Butler family.

I am sharing a few photographs to showcase amazing restoration work done to bring the castle to life again. 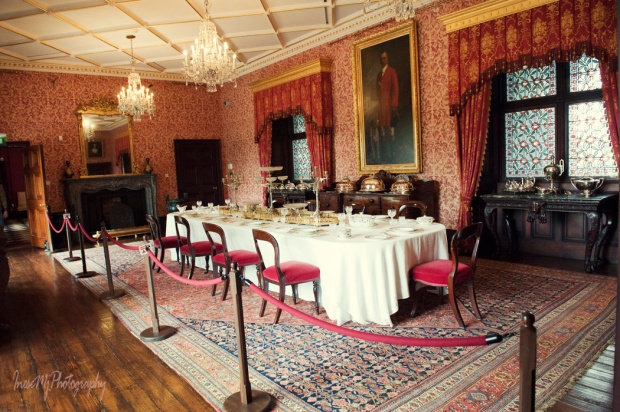 The Withdrawing room. The ladies withdrew from the Dining room leaving the men to enjoy their port and cigars.

This remarkable item is much bigger than the modern ones. It dates from 1904 and is original to the castle.

The Victorian Nursery. This room had remained unopened to the public since used by the Butler family in the 1950s, until 2014.

Looks creepy to me 🙂

I don’t know what is the name of this room, but I love the aquamarine furniture and wallpaper. 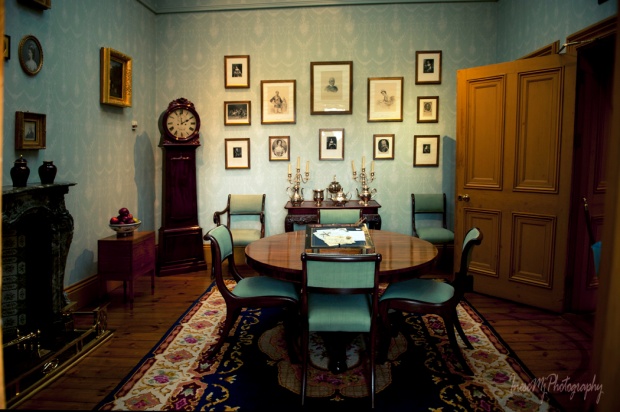 Couldn’t miss taking a bird view picture of the Castle back yard with St Canice’s Cathedral and Black Abbey in background. 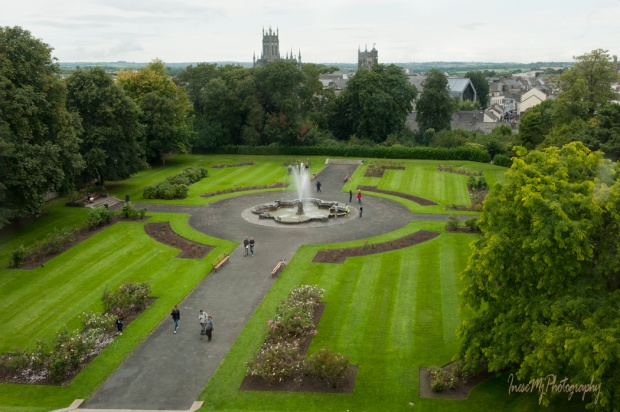 The Moorish Staircase, on the way to the Picture Gallery. 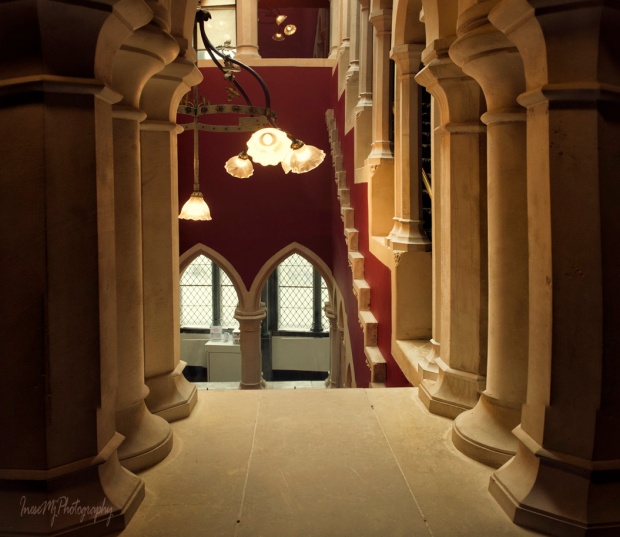 And this is the magnificent Picture Gallery built in the early 19th century.

Initially the gallery was built with flat roof that started leaking shortly after its completion. The new roof was criticized for its Byzantine looks, but I don’t see any problem with that 🙂 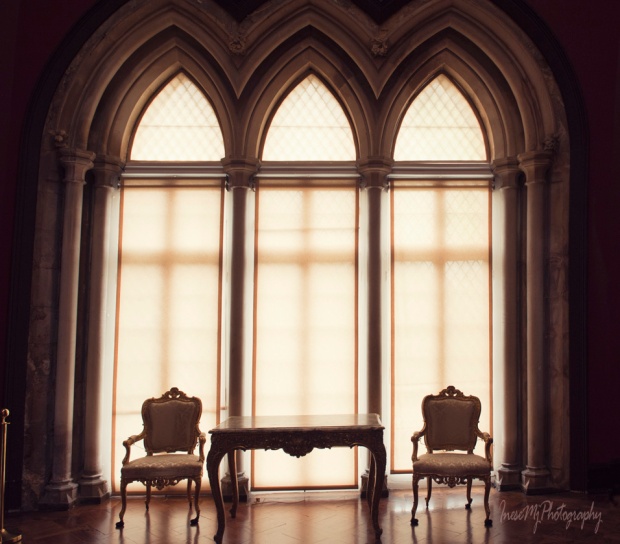 Original picture collection consisted of almost 200 ancestral and royal paintings and pastoral landscapes. I didn’t take photographs of the paintings because they were artificially lit and the light reflected from the surface creating spots. I wonder if such light can be damaging.

In the gallery there are some pieces of furniture, tapestry and a beautiful marble fireplace. 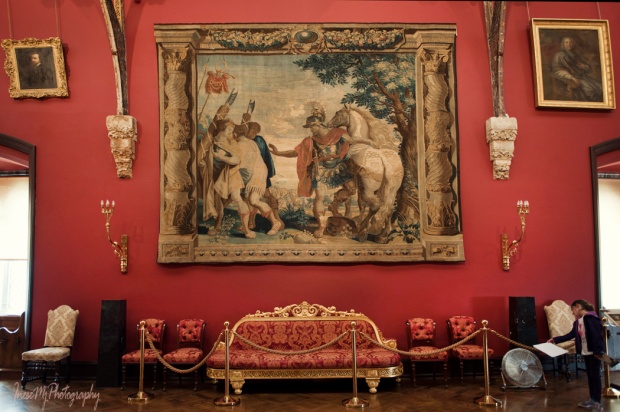 All the information about the ticket prices and hours you can find on the Kilkenny Castle website that will be timely updated, unlike this post 🙂

And this is what Kilkenny Castle looks from the other side of the lawn.

I hope you enjoyed the excursion.

PS The images of the castle interior used in this post are not for sale.