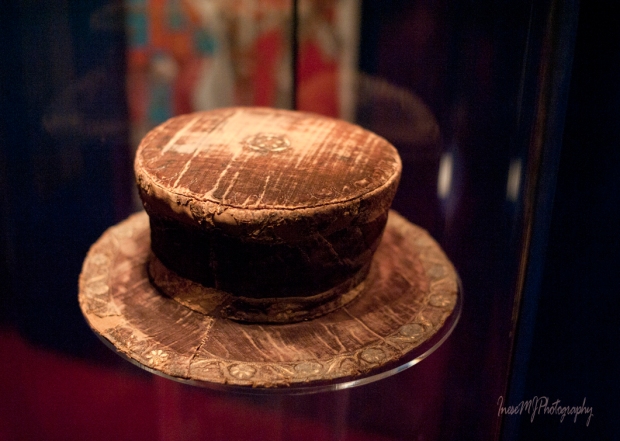 If you are visiting Waterford and after taking a Crystal House tour still have two hours left, I recommend you to cross the street, walk up the steps and set off on a Medieval treasure hunt. Hope this blog post will help you with ideas.

The best place to start is  Medieval museum. The Cap of Maintenance of Henry VIII in my opening picture is one of the items you will find. It was a gift to the Mayor of Waterford in 1536. The Cap was worn under the crown that makes it a very important item.

Speaking about Mayors. There is a free Mayor exhibition on the ground floor which you can visit before your guided tour in the museum. The names of 650 Mayors of Waterford are listed up to the present day since the first known Mayor Roger le Lom (1284-85). Among many other amazing pieces there is a Mayor’s Chair ( you can sit in it and take pictures). It was made of American oak from the very first bridge across the River Suir – the Timbertoes bridge.

American bridge builder Lemuel Cox designed the bridge and construction began in 1793. The bridge was opened a year later. Until then, ferries were the only way to cross the river – for 800 years!

This is a painting by Thomas Sautelle Roberts depicting the Timbertoes bridge. The bridge served until 1910.

You can also find the painting screened over the scene in the Theatre Royal – just ask at the reception desk and they will assist you. 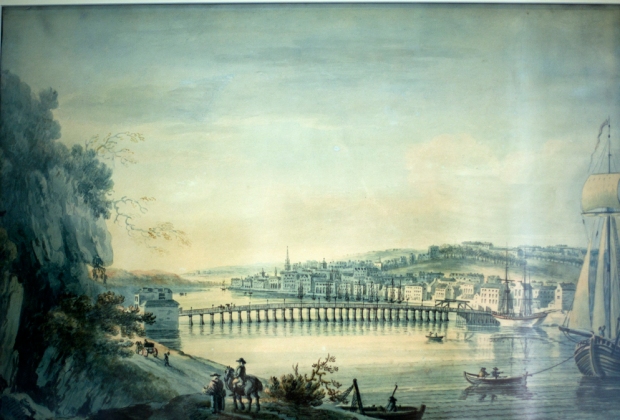 On your way to the main exhibition, don’t miss this set of golden dentures with the real human teeth. It is not medieval though. It was found during the construction of the building in 2012.

This is my favorite tour guide.

There are two exquisite exhibits in the museum. One is The Royal Charters of Waterford, of which I hope to write more in the future,

The other is the set of 15th century Benediction copes and High Mass vestments. They are made from Italian silk woven in Florence. Depicted on the embroidered panels are scenes from the Bible. The set consists of three copes, two dalmatics and a chasuble.

(The photographs were taken through the glass case)

The High Mass vestments consist of a chasuble, dalmatic and tunicle.

A dalmatic is T-shaped garment with open sides. It is worn by bishops and deacons. 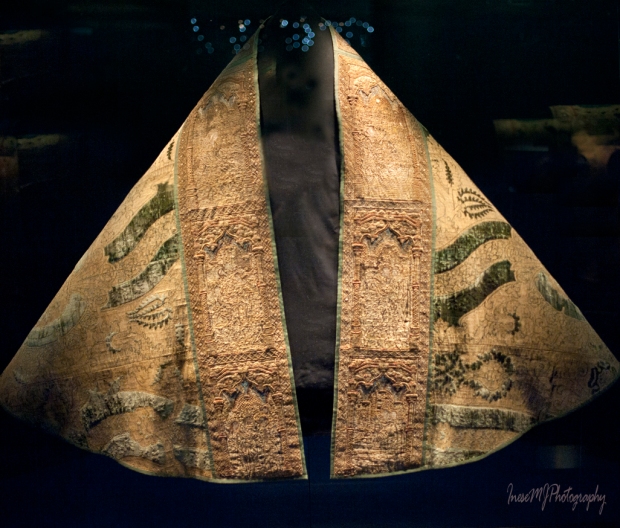 The hood is the most spectacular part of the cope. It depicts three scenes: the visit of the Magi in the centre, and two scenes from The Old Testament.

The vestments were buried in 1649-50 to save them from the Cromwellians, with the secret of their hiding place so well kept, that they were accidentally discovered only 125 years later, after the Norman Gothic cathedral was demolished in 1773. Famous Waterford architect John Roberts designed the present cathedral which was completed in 1779. The Christ Church cathedral belongs to the Church of Ireland. 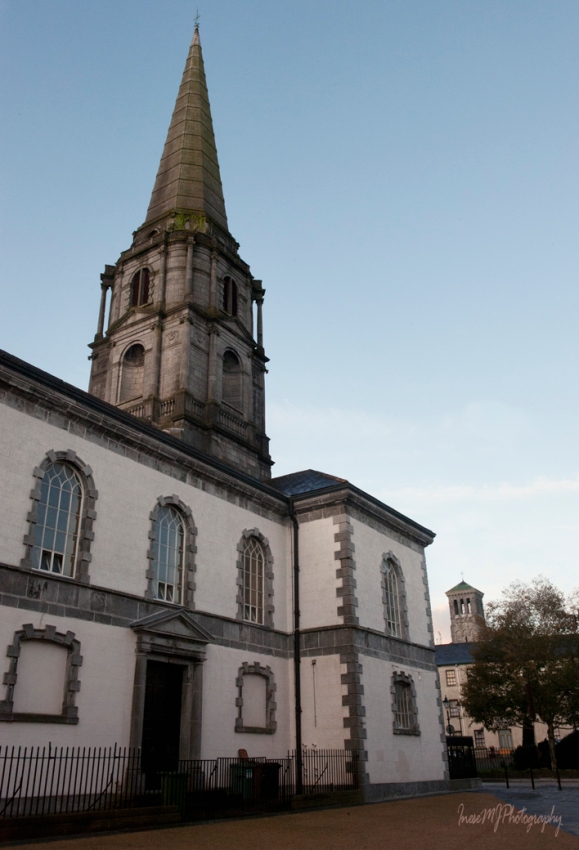 The current building is actually the third church on this site. The first was built by the Vikings in 1096. In that church Aoife and Strongbow got married in 1170 – I wrote about that important wedding before.

So, where the precious vestments were hidden? I would say – in plain sight.

In this spot exactly, on the right from the altar. To make sure that I get it right, the tour guide moved away the seats for me to take pictures.

The church welcomes visitors of all beliefs to visit and appreciate the beauty.

There are many memorials in the church, but this tomb of James Rice, eleven time mayor of Waterford, is special. It depicts a badly decayed corpse, crawling with worms and frogs. The inscription says : I am what you are going to be, and I was what you are”. 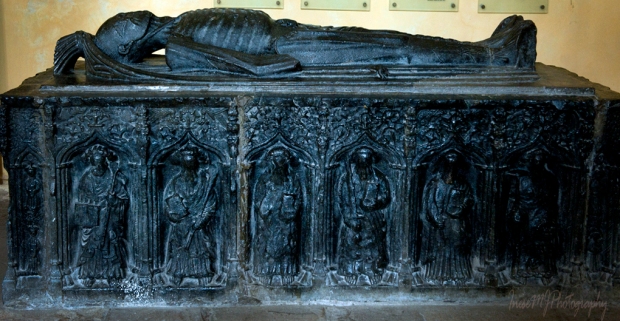 The architect of the Cathedral John Roberts built both Catholic and Protestant cathedrals in Waterford city. I mentioned him in my blogs before, since he designed many historical buildings in our county. I want to point out an important detail of the interior. A symbolic image of the sun contains the Tetragrammaton, the Hebrew letters YHWH that stand for Jehovah, reminding of Christianity’s roots. 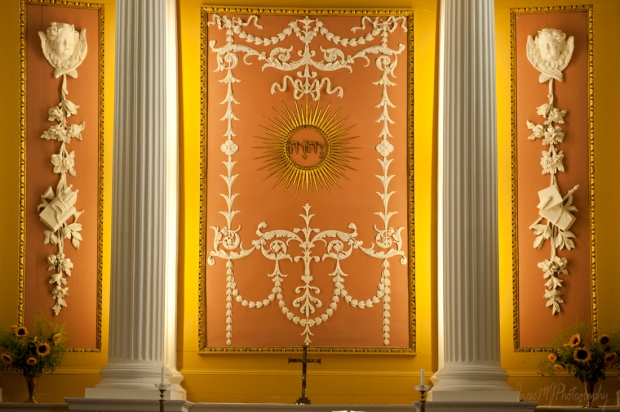 Old and young visitors of the cathedral. 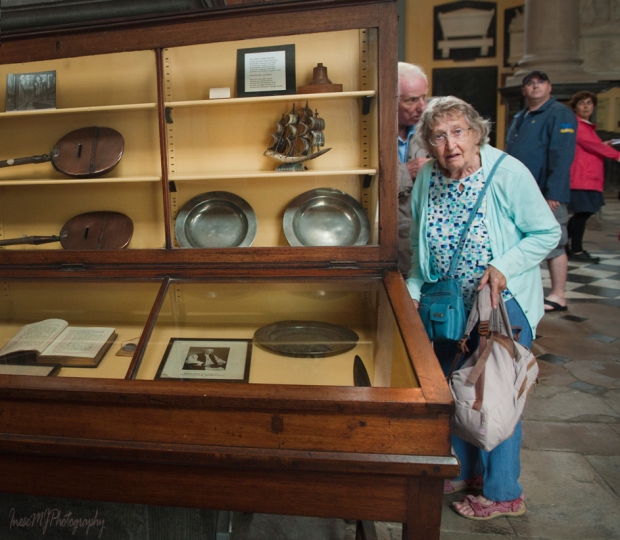 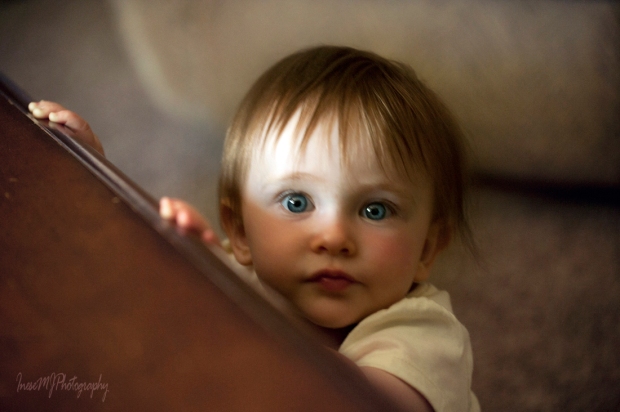 An Epic Tour guide with a group outside the Cathedral.

The building regularly gets updated, the clock was changed last year. No more hidden treasures found though.

On the right from the Cathedral is the Bishop’s Palace, another museum. You can get a combination ticket for both, and the Cathedral is free to visit. The architect was – you can guess – John Roberts 🙂 What a man! In this museum you will find many treasures dating to the 17th century. Don’t miss the Mourning Cross of Napoleon Bonaparte with a lock of his hair.

When the new Bishop’s Palace was completed, the bishop gave a lease of the old Bishop’s Palace to Roberts. Here in this building, John Roberts, his wife and children lived for over fifty years. They had 22 children, but only eight of them lived into adulthood.

Thank you for reading! Sorry the comments are closed for this post. I won’t be able to reply. Talk to you in two weeks!