Wherever I go, my roads lead to the ice cream shop. When I unpacked and left my hotel room on St. Patrick’s Day in 2010, I walked to the Colosseum, keeping my eye on the shop windows – and there it was! Via Leonina 18, Cafe Ciuri Ciuri, my personal discovery, Sicilian gelateria-pasticceria, paradise of sugar- and calories-packed deliciousness and the best Sicilian style gelato in Rome. In the photograph, I immortalized my first one, the pistachio-ricotta gelato, creamy, with the unique taste of roasted pistachios. I won’t write about the pastries. It is sufficient to tell that I ate them twice a day. They are that good. Never forgotten.

( Edit: Forgot to mention another Ciuri Ciuri close to Colosseum: Via Labicana 126. The same great food)

I saw the Colosseum from the airplane window and couldn’t wait to visit the ancient monument. I knew about the free admission to the gladiator games in ancient Rome, and was surprised to learn that the times have changed. So I got a combined ticked for several attractions, and my historical holidays began.

I posted some street scenes from my Rome trip in my blog post People in the streets, and probably in some other blogs too.

Shadowless afternoon, amazing quality of light. I don’t know what these ruins are. The place is situated above the Forum. I was trying to find more images like mine, but there was only one, taken in May 2010. Perhaps, the place is closed for excavations?

The broken side of the Colosseum. Over the centuries, it was shaken and damaged by many earthquakes ( the most devastating ones in 847 and 1231), and also struck by lightening and damaged by fires. All the valuable materials were taken away and re-used. 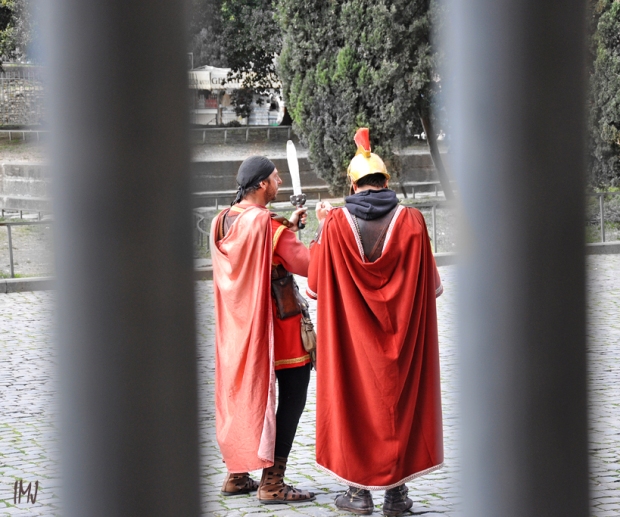 There is what it looks like inside the amphitheatre. Construction of the Colosseum began in 72 AD, and was completed in 80 AD.  This place has seen the most horrible scenes of bloodshed and slaughter. The advent of Christianity changed Roman culture, morals, principles and values. The last gladiator game took place in 404 AD when an Egyptian monk Telemachus came to Rome, visited Colosseum, and shouted for the gladiator game to cease in the name of Christ. He was stoned to death, but after a few days the Emperor issued a decree that the games were to stop.  Centuries later, when the Colosseum was in danger of demolition, Christians  saved it as a site of martyrdom .

Evening light, at about 6pm. I took pictures of Colosseum every day on my way from hotel and back. 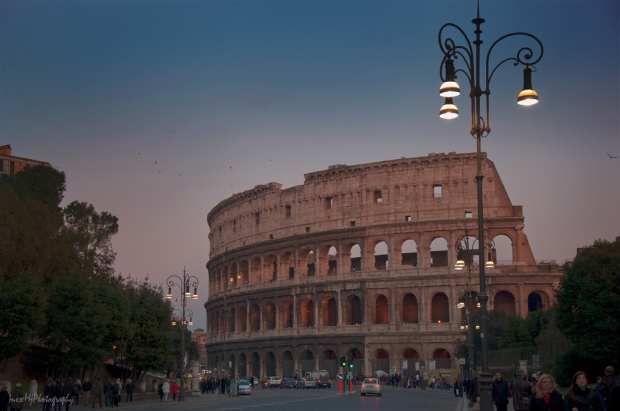 River Tiber. I enjoyed the light in Rome, so different from where I live.

St Peter’s Basilica. In my blog Make it light I posted a picture of the interior. 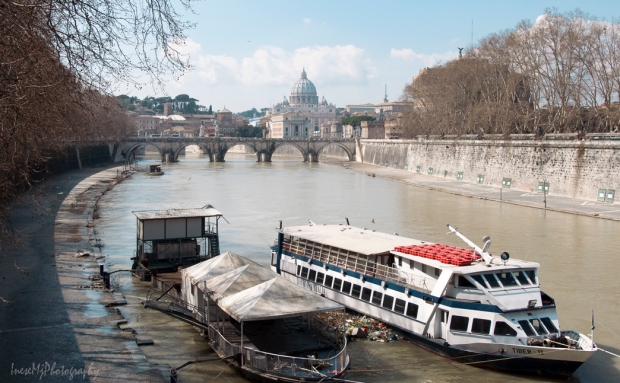 This is a picture I got from Google Earth, just to show the Basilica and the grounds.

I used a lift ( 170 steps?) and climbed the remaining 320. With my walking stick. With my claustrophobia.

The lift took me to the roof ( the level behind the statues of the saints, the base of the dome). The roof looks like a small town with buildings and bridges. I walked around, even looked down inside the basilica below my feet, and up to the ceiling. 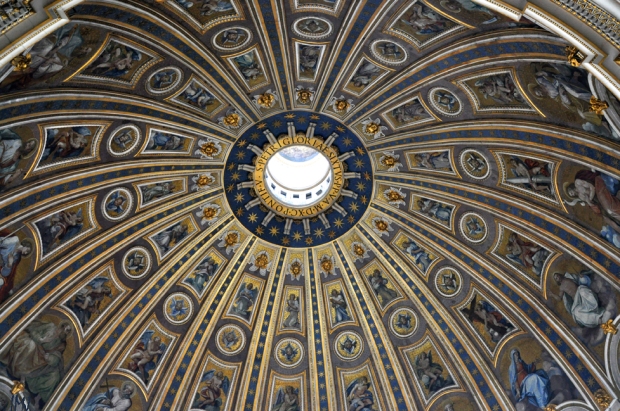 The climb is scary, definitely not for the faint of heart ( I overestimated myself, but there is no turning back, by the way). The staircase is getting very narrow as you climb. It is slanted, and curves up between the outer and inner walls of the dome (1m? less?).

As you can see, the windows are scarce, but there are windowsills. The temperature wasn’t too bad in March, but I would NEVER go there in summer. When there is no one around you, it is OK, but seeing people who actually take all the space of the staircase makes you panic. And I did panic, but at the last moment I saw the window, and I climbed some more steps and fell on the windowsill, almost in coma 🙂 When the others cleared off, I quickly finished the climb.

And this was my reward 🙂

I think this is the residence of the Pope.

On my way back I took a picture of these fine guards, and ate a gelato to restore my shaken health.

Here are some more pictures.

Have a wonderful Sunday!