This is my last post about our Uinta-Wasatch-Cache trip.

Some of Aspen, Gambel Oak and Maple trees started turning red and yellow early in September. Scenic canyon roads that run through Wasatch and Uinta mountains repeat the U-shape of the glacial-carved canyons characteristic for Wasatch range. There are seven such canyons. Little Cottonwood Canyon takes you to the Snowbird and Alta ski resorts, and Big Cottonwood Canyon – to Solitude Mountain resort and Brighton ski resort. If you want to visit famous Park City, home for the very successful 2002 Winter Olympic games, take the equally famous historical Lincoln Highway from Salt Lake City, and turn right at Kimball Junction. If you drive from the airport, it will take you about 40 minutes.

All the ‘bald’ spots on the mountain slopes in the picture below are the future skiing tracks, when they will be covered with the best snow in the world. The Park City Base Area was opened on November 18 ( some other areas on November 23), and it will be close for the summer  season on April 16 2017.

On our way to Uinta Forest we took the Mirror Lake scenic drive that parallels Provo River. If you don’t know it yet, Steven Shaw resides in the cabin high in the mountains. He is hunting and gathering wild berries, but he loves to have a sandwich now and again, and kind little children always bring with them a sandwich for Steven, and leave it on a rock. 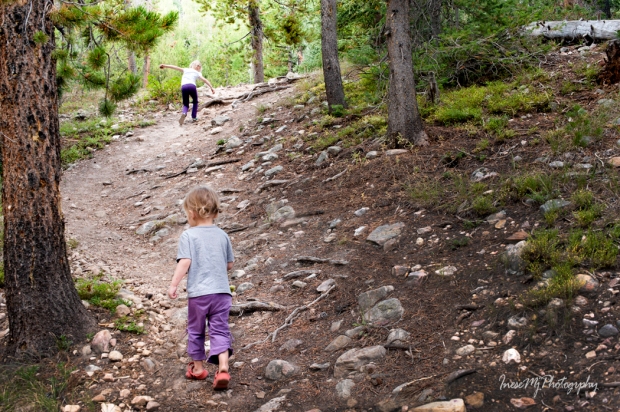 Steven Shaw is very shy. He won’t show himself and you won’t notice him come and take your offering. We admired Provo river deep beneath our feet, and when we turned around, the sandwich was already gone. True story 😉

After driving another few miles, we stopped at the Upper Provo River Falls. With seven rainless weeks, there was very little water flowing, but we could imagine how impressive  this three-cascade waterfall might look.

We drove to the campgrounds. I have no idea what is this mountain. All of a sudden the sky darkened and the colors became unusually saturated in the low sun. I rushed to take a picture. 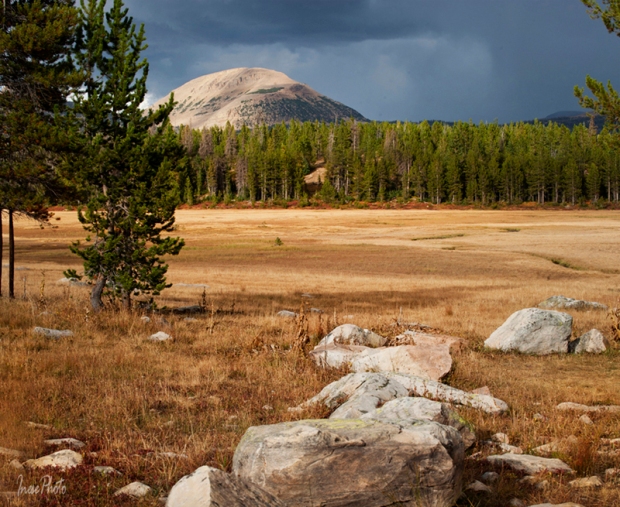 The storm was short living, and after a couple of minutes it was warm and sunny again.

The wildlife in Uinta is abundant with species like Moose, Mountain Lion, Bear, Lynx and even Wolverine, but we didn’t see any of it. In my previous blog I posted two pictures of Mule Deer, and here is another wild beast – a Chipmunk. 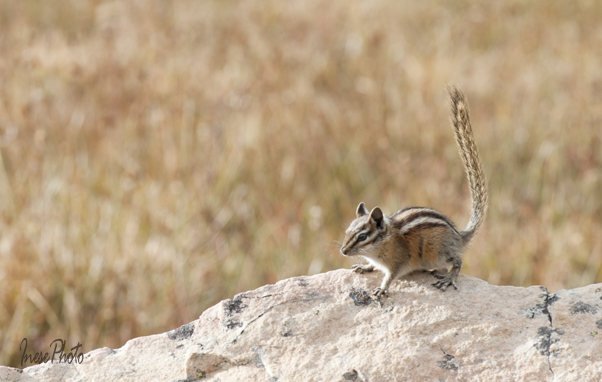 I won’t tell you how many pictures of this Chipmunk I brought home. For many of you it is a waste of time and disc space, but it was a stellar day for me. We don’t have chipmunks in Ireland.

Look what he was doing! I didn’t know they eat flower seeds. 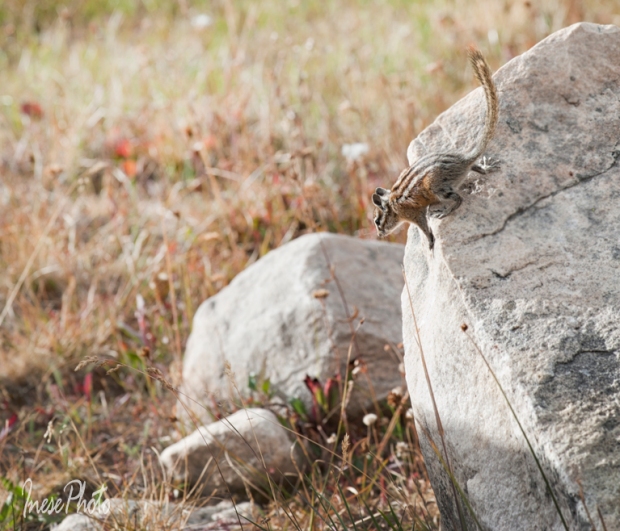 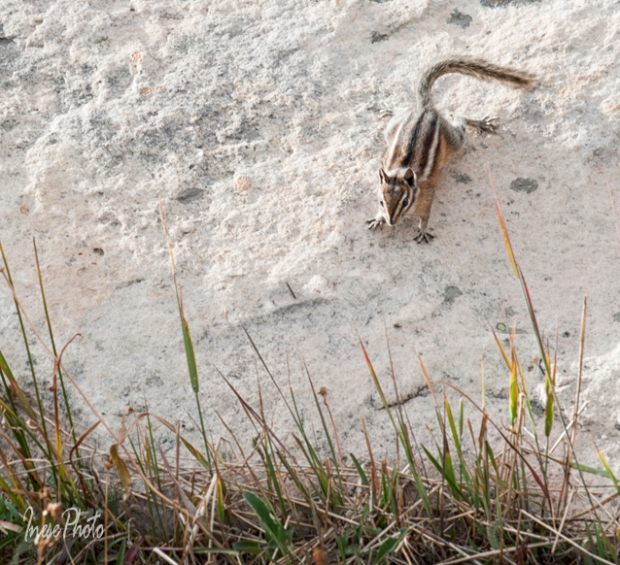 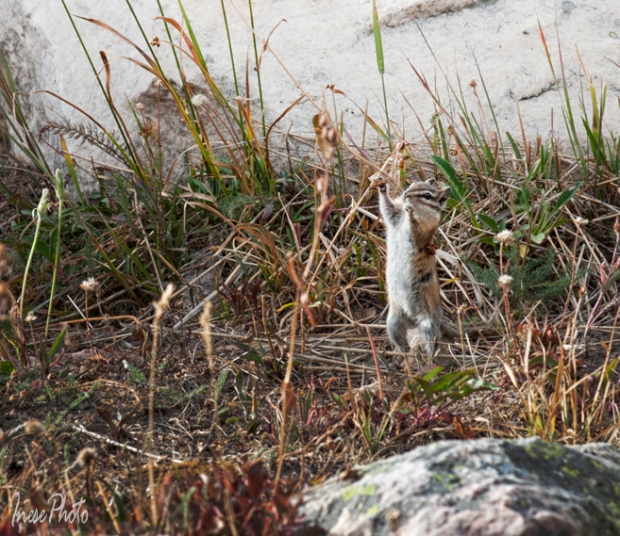 We had a great time and answered many questions like Who has cut the rock??

On they way back, most of us were sound asleep 🙂

And here is my last picture. After taking off, our airplane made a turn, and we flew over Antelope Island  I wrote about last year. How cool is that 🙂 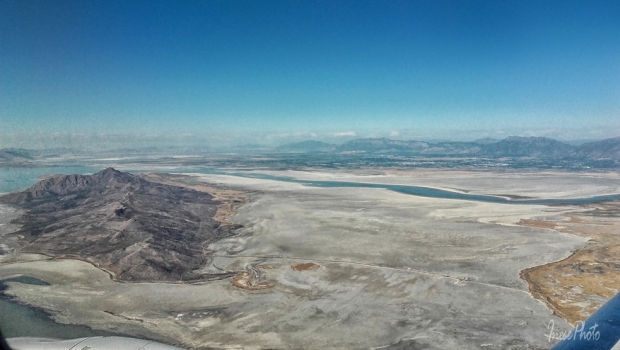 Thank you for traveling Northern Utah with me. I am linking this post to the blogs that feature wildlife photography: NATURE IN THE FOREST OF DEAN AND BEYOND, Travel and Wildlife Adventures and Victor Rakmil Photography. Please visit and follow these blogs! 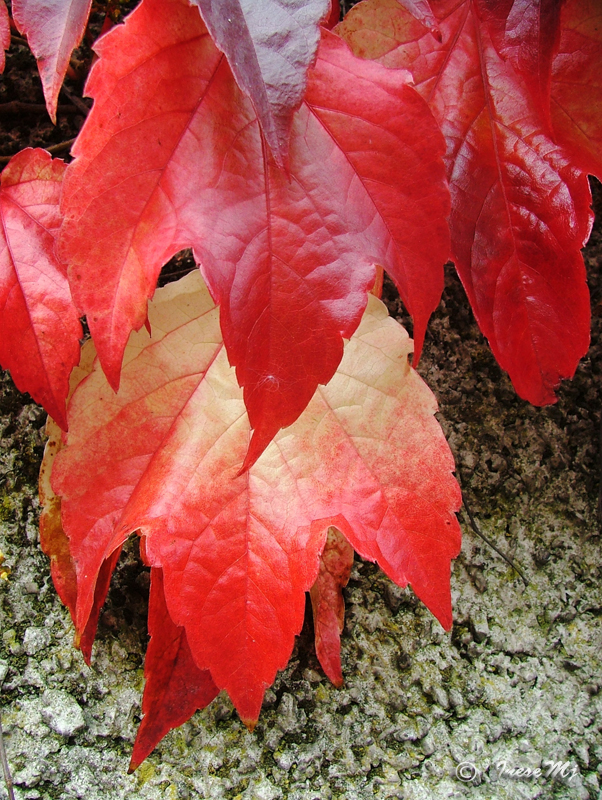 A Calendar of Sonnets: September

The golden-rod is yellow;
The corn is turning brown;
The trees in apple orchards
With fruit are bending down.
The gentian’s bluest fringes
Are curling in the sun;
In dusty pods the milkweed
Its hidden silk has spun.
The sedges flaunt their harvest,
In every meadow nook;
And asters by the brook-side
Make asters in the brook.
From dewy lanes at morning
the grapes’ sweet odors rise;
At noon the roads all flutter
With yellow butterflies.
By all these lovely tokens
September days are here,
With summer’s best of weather,
And autumn’s best of cheer.
But none of all this beauty
Which floods the earth and air
Is unto me the secret
Which makes September fair.
‘T is a thing which I remember;
To name it thrills me yet:
One day of one September
I never can forget.

I think that this colourful poem and my picture go together quite nicely.

This is the house I grew up in. It is the back yard, these windows face the lake; the front yard used to merge with a large ancient forest.  The building is about 200 years old.  In 2004 we traveled around visiting all the places that are dear to us, and I took this photograph. In 2010 the new owner cut the forest down. 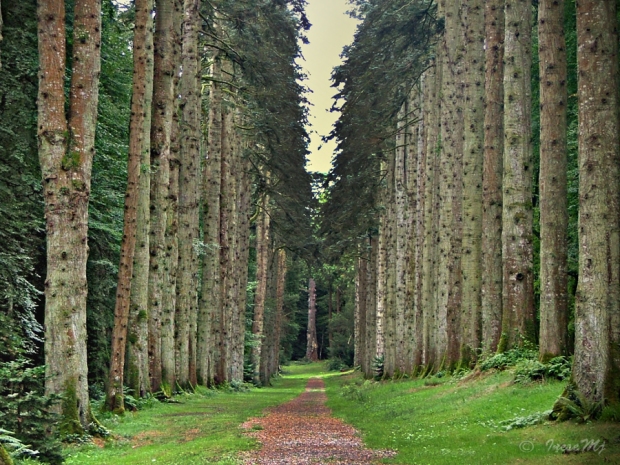 I love trees. This Monkey Puzzle ( Araucaria) alley is almost gone due to the old age.  Last year I visited the place again, and it doesn’t look like in this picture anymore.

Galtee Mountains.  That green patch down there is a forest. We are half way to a beautiful mountain lake, icy cold and transparent like a crystal. I came there again two years ago, solo. Walked through the forest, took some pictures. I didn’t plan to walk to the lake, of course, but it was nice to know that it is there, just a couple of hours away.

This picture was taken in the park in Limerick.  I think it was my most uneventful, and overall miserable trip ever.  Never been to Limerick again.

There is a tiny road in Clonmel going up the mountain. People walk or drive it to climb to the Holy Cross and get a bird’s eye view. This old man is walking down  that road with his cows. He and his brother live ( lived?) right around the corner, so his flock doesn’t interrupt traffic too much. I stood in the street watching them and tears came up to my eyes. God bless old people. 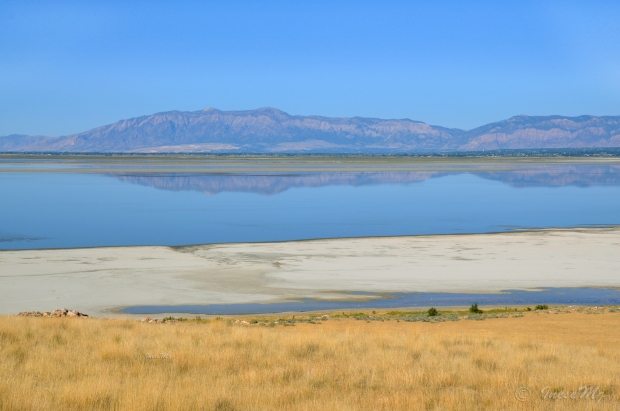 A friend invited me to take a trip to Connemara. We had two fun days in spite of the weather.

These clouds are something to remember. 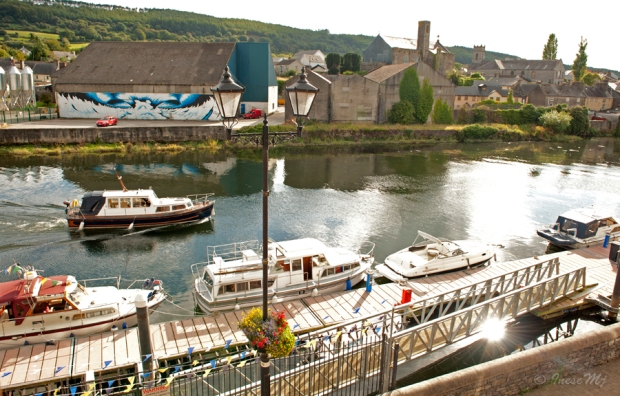 This picture is here because I am  saying good bye to the river.

Thank you for reading about my Septembers.  What about yours?  I would love to hear 🙂

Photography tip of the day: More DIY  🙂 Take pictures through plastic bag, stained glass, plastic bottles, magnifying glass,  etc. Cover your “filters” with colored vaseline.  You will get interesting effects depending on your lenses.