I don’t want to leave the village of Kilsheelan yet! Today’s walk is about a half of a mile long. We will be mostly standing and looking at things through all four seasons of photographs.

George Henry Bassett, an editor of the New York Times with an interest for writing, left his account about Kilsheelan in his Guide and Directory, 1889:

“… Kilsheelan is a station on the Waterford and Limerick railway… The land is good for pasture and tillage… The Waterford county border is separated from Kilsheelan by the river crossed here by a substantial stone bridge. Near it there is a quay for discharge of goods dispatched by boat from Clonmel, Carrick-on-Suir and Waterford. At the verge of the river, close to the bridge, there is an ancient moat. It is now quite bare, but down to fifteen years ago, had a good covering of trees. The ruin of an old church between the village and the river, is one of the striking objects seen from passing trains…”

We will find these object – and some more- 130 years later.

Elegant yet sturdy Kilsheelan Bridge spans the river since 1820. The bridge has three large arches and one additional dry arch for pedestrian use and boat towing. The bridge was repaired and expanded in the late 1930-s. 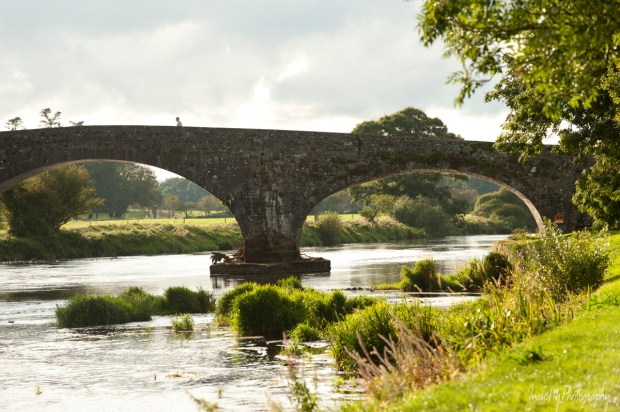 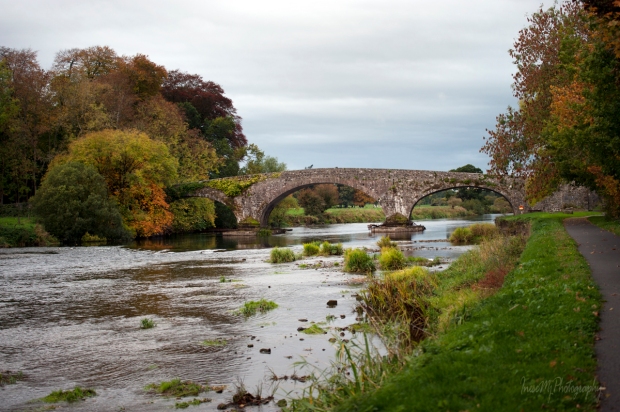 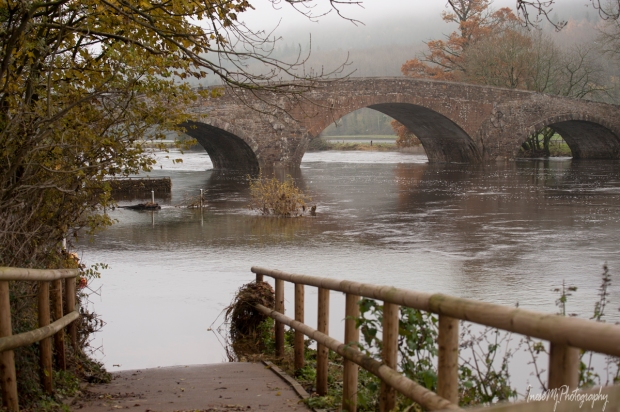 This is the place where the quay used to be. 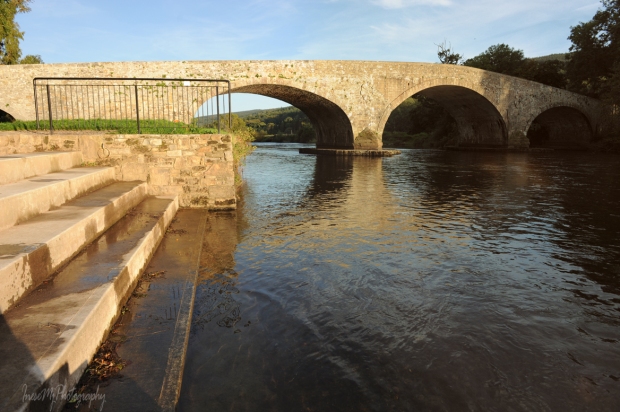 Another object from the book is the famous ruin of Kilsheelan Old Church. To get there, we walk past the Butterfly Garden.  It is a lovely place to meditate and enjoy the sun. The Garden got a new gate last summer, beautifully decorated with the otter, swan, salmon and kingfisher wood carvings. 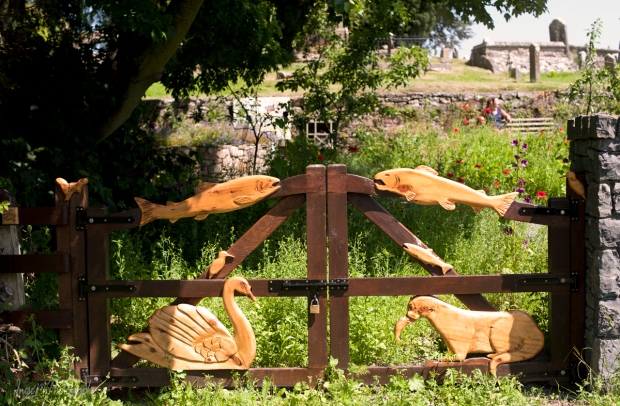 Kilsheelan means ‘the church of Síoláin’, an early saint who died in 608 or 610. All photographs of the ruin look the same, so I was glad when a black & white kitty came into the frame and added some ‘color’.

Kilsheelan Old Church ruin dates from the early-twelfth century. The west gable and the south wall are pre-Norman.

The bell cote and this ogee headed window were added in the 15th century. 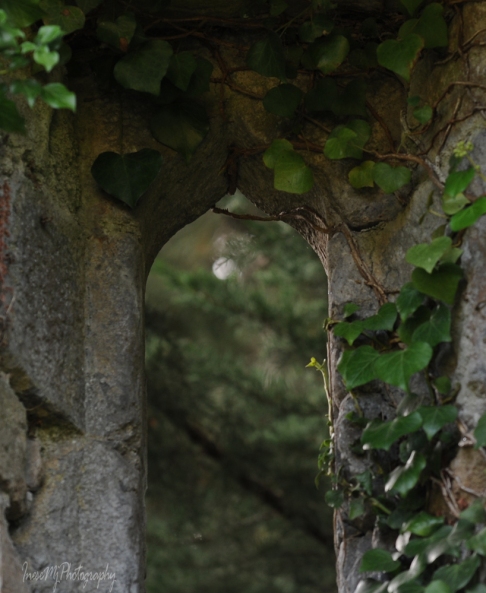 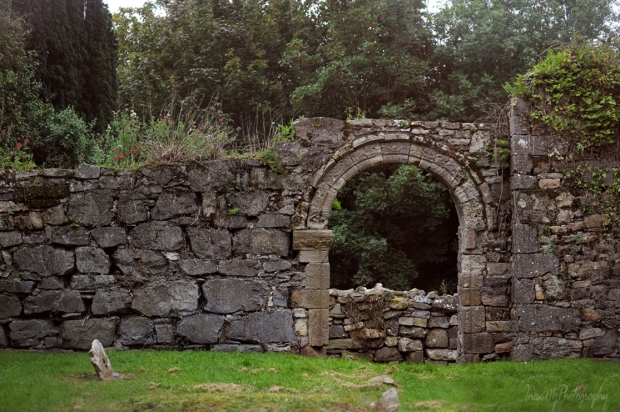 The Church was probably abandoned in the 16th century, but the graveyard guarded by ancient yew trees is still in use. There are many 18th century tombstones and headstones. 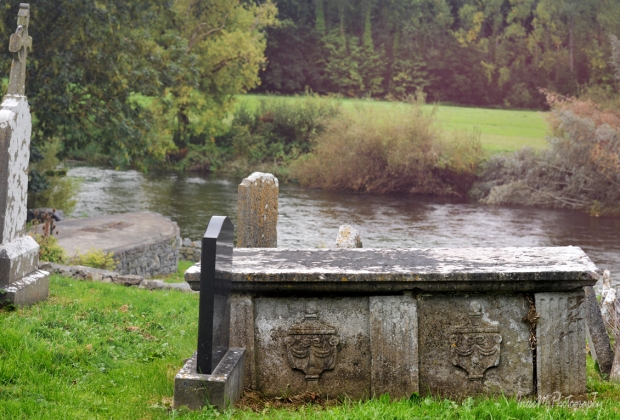 The opposite bank is bursting with life: I have seen otters, kingfishers, water rails, dippers, and of course there is always a heron.

There is also a lot to see at the village end of the bridge. 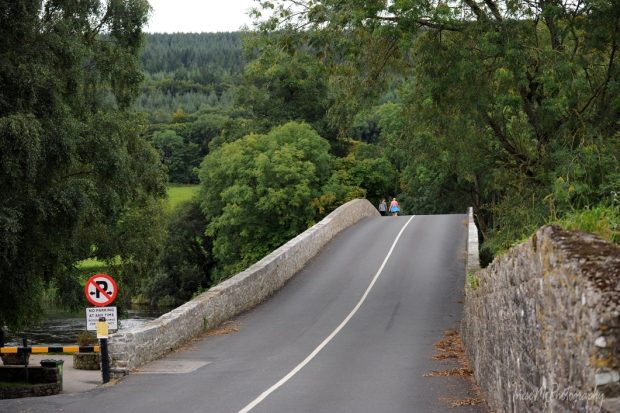 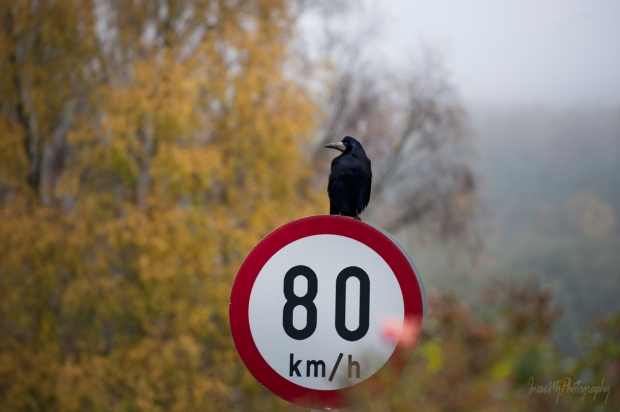 First of all, the majestic Slievenamon, sometimes covered with snow. This beautiful mountain is always in view. On the right side of the image there is another interesting object – a Norman motte, an earth and timber fortification.

A grotto was built into the north side of the motte in 1948. 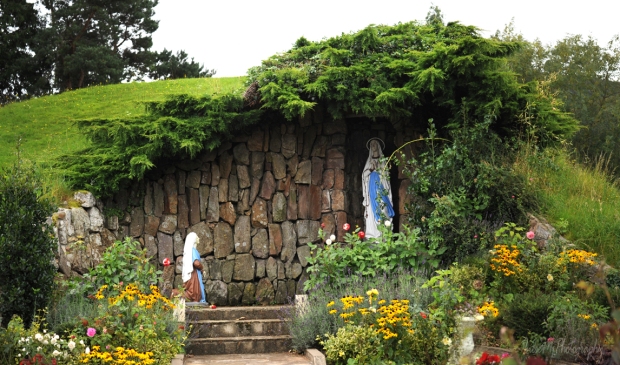 This is the latest addition to the village’s image.

The views from the bridge, downstream and upstream. 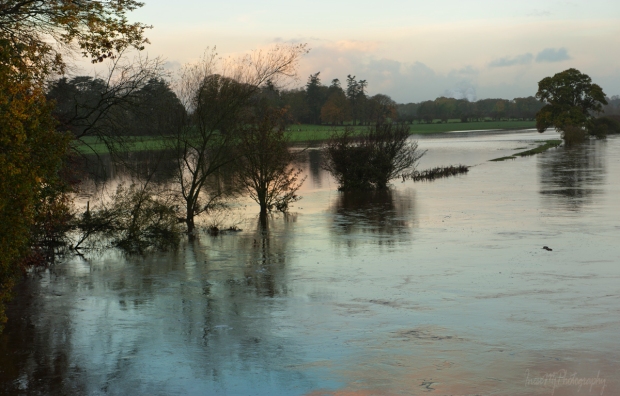 There are two mature birch trees between the motte and the river. Treecreepers can be seen there spiraling up the trunks, completely ignoring a human and her camera. 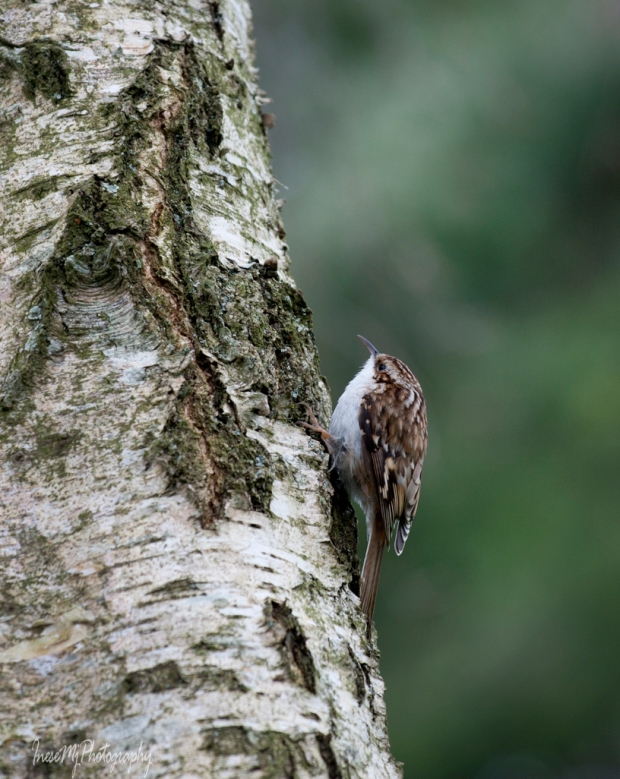 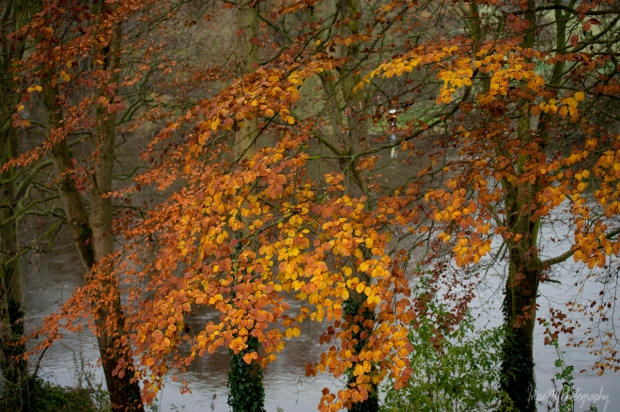 We walk upstream from the bridge to get to Castle Gurteen de la Poer before the dark.

The owner of the castle is Gottfried Helnwein , an Austrian-Irish artist. He resides there with his family.

My plan was to ask the residents of both Poulakerry and Gurteen if they ever walked, cycled or kayaked all 21 km of the Blueway. I didn’t have an opportunity to see the Poulakerry folks, but I asked my question to Cyril Helnwein – fine art photographer, motorcycle enthusiast and the resident of Gurteen de la Poer. Yes, they have done it many times as a family, he says. Both cycled and kayaked. They sure love ‘wind in their hair’. This Sunday Cyril is riding solo in The Distinguished Gentleman’s Ride, and those of you who are passionate for bikes can visit Motowitch Collective website his wife Kojii Helnwein hosts since 2018. 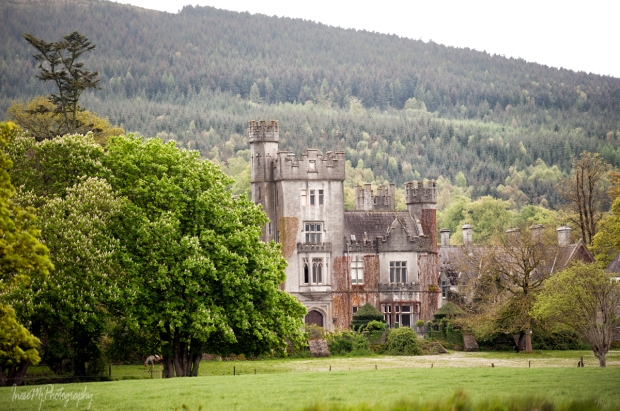 We are moving closer to the end of our walk. Only 8 kilometres left, and I hope we make it to Clonmel in two weeks. Thank you for being my walking companions!

Here is a link to one of my blogs about Gottfried Helnwein’s work.

Have a happy weekend!