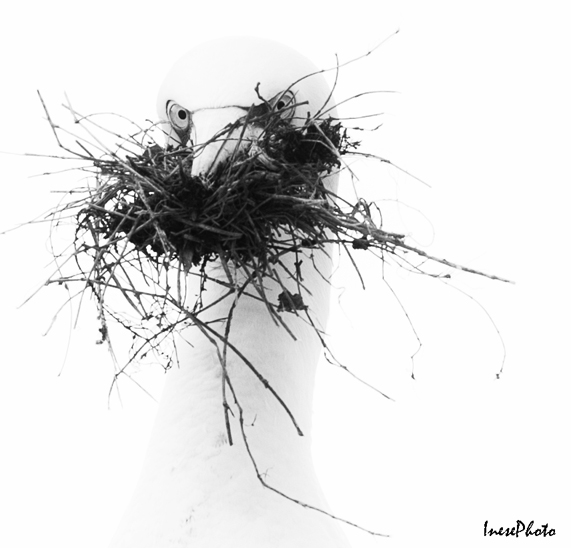 Visiting the Gannet nesting site was so much fun. I didn’t get the picture I wanted, but I got something really cool, anyway.

Sometimes Gannets bring in nesting materials – sea weeds, grass, any rubbish they can pick up in the water. This one had got a great catch!

His lady wasn’t impressed though. 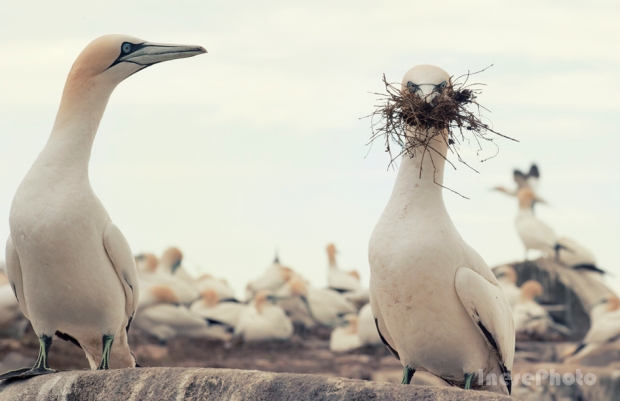 Their body language was so expressive and funny that I couldn’t stop smiling. I know, I humanize them too much, and it could be that the gift was totally accepted and relationship established. As to me, I have got many funny pictures.

The Gannet dances is something to see. I have some pictures of the courtship dances in my previous blogs, but this time I caught a single young male Gannet dancing like no one is watching.

I hoped to get a good picture of a landing Gannet, but they all landed in an opposite direction or sideways. Gannet is a huge bird that takes a whole frame to fit in, even diagonally. 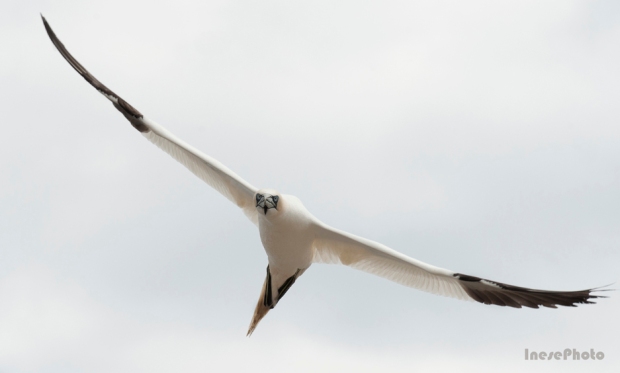 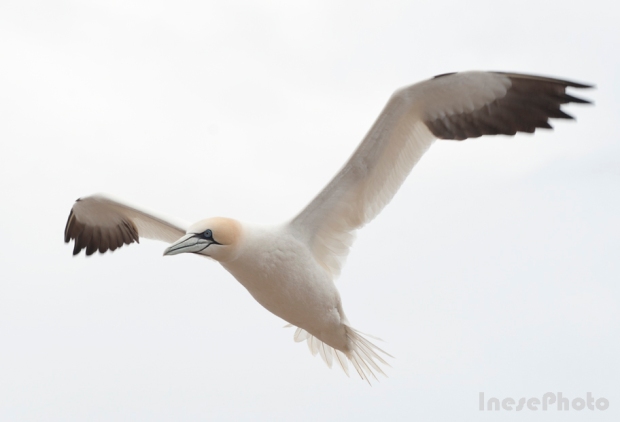 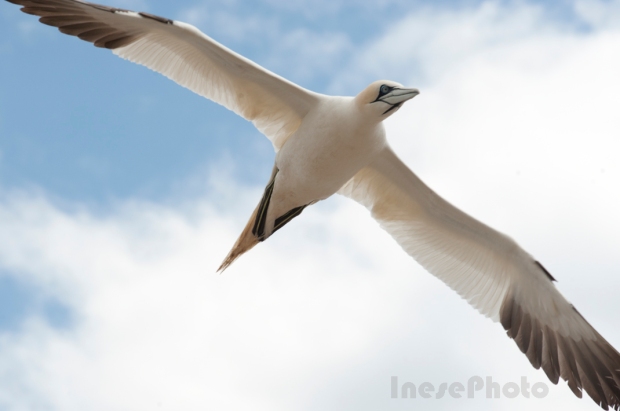 I have got many ‘portraits’ and played with them in Photoshop.

This photograph of a landing Gannet is here to show you what exactly I wanted to capture: the bird ‘stalling’ in the air, its legs positioned towards the rear of the body, and its webbed feet stretched forward.  Everything like in this picture, but from the front.

On every ledge of rock there is a nest made of seaweeds, feathers and multicolored bits of rope and fishing net. This female has a very young chick, featherless, with the dark blue skin.

This chick is at least two weeks old ball of fluffy down.

Gannets could be very aggressive, both males and females. In this picture you see two gannets trying to kill the third one. Its neck is almost snapped in half, and I don’t know about the outcome because we were leaving the colony at that time. 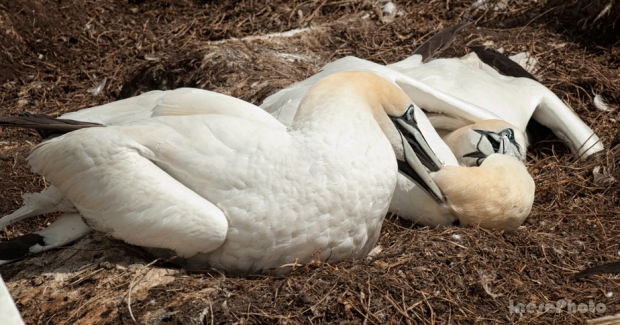 It is what I saw from the cliff when I turned back to look at the Gannet nesting site one more time. The main colony looks much smaller than last year. May be the sub-colony on the left side is growing bigger? I hope so. I stood there in awe – you cannot get used to the sight like this one. The air was filled with the sound of the wind, breaking waves, and the distant harsh cries of the Gannets. See you next year, beautiful birds!

Thank you for joining me in my trip!