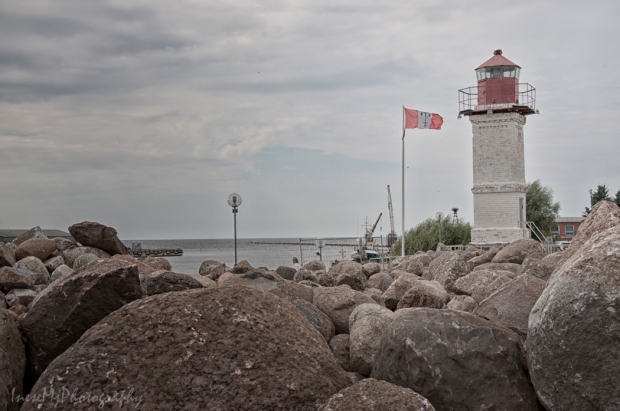 While I am enjoying the time with my family, you can enjoy another few pictures from Latvia 🙂

In summer 2013, we started our journey from the beautiful, pristine clean fishing town of Salacgriva in the north of Latvia. This lighthouse was built in 1925. It is not operational anymore, but still good enough for a picture. The weather was not summery early in the morning, but we decided to keep to the plan. On our way south the sky started to clear and the sun peeked through the clouds. Natural reserve Vidzeme Stony Seashore was our next stop. We didn’t walk the 8 miles long trail, but visited some sandstone cliffs and caves, and marveled at the huge boulders and pebble-covered beaches, very unusual for the Gulf of Riga.

Even the sand was different, and sure I haven’t seen such a huge spider anywhere else.

After a long walk in the beach and dunes we went further south to our last destination –  The White Dune in Saulkrasti.

I am standing on the top of the White Dune. The weather remarkably improved, and I took a picture of a group of tourists crossing River Incupe on their way to the beach. 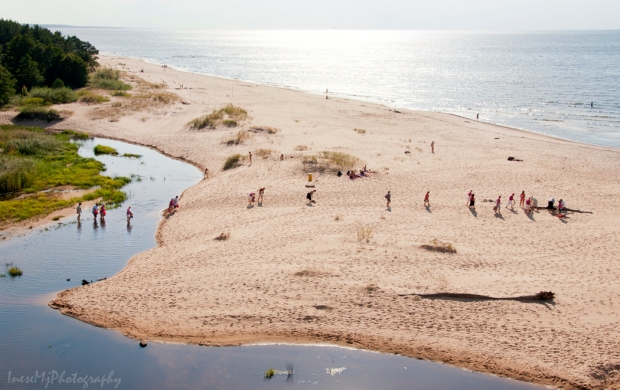 From this point, the river edge looks like a silhouette of a face.

This is another picture from the trip. Me in action 🙂

This images of an operational lighthouse Akmenrags was taken a week later. To get there we had to drive a long way through the beautiful pine tree forest. The lighthouse was built in 1864 but destroyed in World War I. It was rebuilt in 1921 and then in 1957.  We were so lucky, because the lighthouse was closed for repainting, and open to the public just a day before we came over. 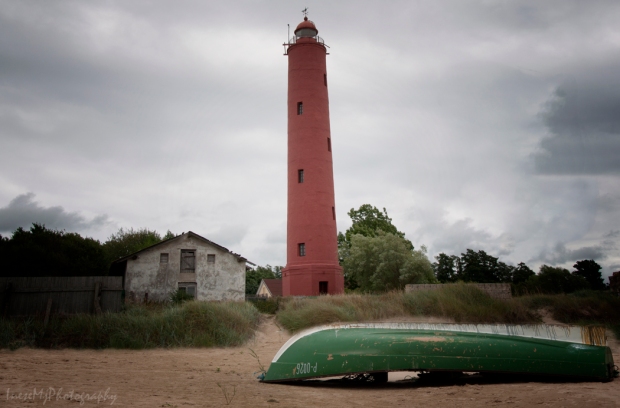 This is a light emitter, but I don’t know a thing about how it works.

The inside of the lighthouse is painted green!

What to do with paint leftovers? 🙂 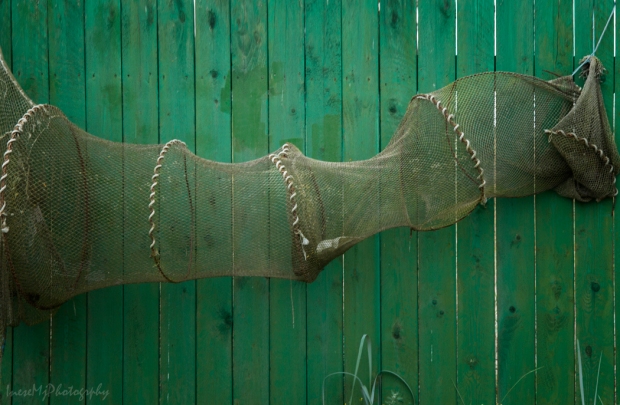 Speaking of green. During our travels we had seen many interesting cars, like this green vintage Volga.

A few words about Liepaja, the city where I stayed. This is an outdoor photography exhibition in the ruins of the riding manège in Karosta, a former military part of Liepaja. 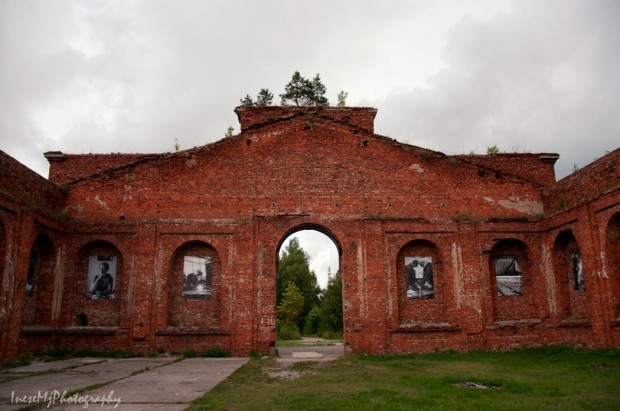 This picture was taken in 2010. I came to Karosta to meet with a famous photographer, only to learn that he recently died.

In my previous blog, there is a picture of some pieces of amber I picked up in the beach. What you see in the picture below is a hourglass monument filled with 50 litres ( 13 gallons) of amber! These pieces of amber were donated by people of Liepaja in 2003. I think it was a wonderful idea.

I lived in a lovely room with a balcony, facing Liepaja Lake. There was a swallow nest with two chicks. In this picture you can see a mama swallow feeding her offspring a Damsel dragonfly.

There was a tiny apple tree at the porch. One night I came home late and saw a hedgehog under the tree. I have read that it is a myth that they eat, or carry the apples on their sharp spines, and I wondered what else was he doing there, under the apple tree?

The Holy Trinity Lutheran Cathedral is one of the most remarkable places in Liepaja. Until the 1912, its organ was the largest mechanical organ in the world with its 131 stops, 4 manuals and more than 7000 pipes. The organ was built by one of the best organ builders of that time H. A. Contius. The Cathedral was built in 1750, and the tower was finished in 1860. I made three attempts to climb up the tower, but failed and had to return: anonymous carpenter who made the narrow stairs was a minimalist and didn’t add any handrails. I changed my tactics and mingled with a group of tourists: if you are climbing up in a crowd there is no turning back. The tower is 55m (180f ) high, and I am very proud of myself for finally making it up to the top. 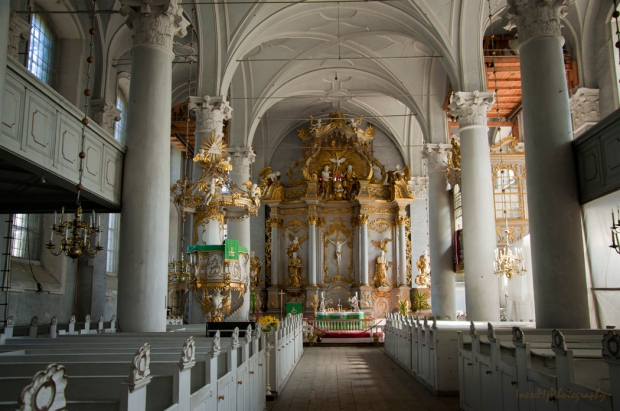 Every Sunday afternoon I went to the cathedral to listen to the organ: renowned organists and students perform for free for one hour on Sundays ( donations are welcome). I had an unforgettable time there.