I had many plans for the Halloween blog edition, but none of them worked out because of the rainy weather.  So I figured that it would be  better if I moved under a roof  for my photo shoots,  and a prison roof would do just fine.

Cork City Gaol housed prisoners for almost a century and was closed in 1924. This is an image of a cell. Like to try? You may get inside and close the door to experience what life might have been like for a prisoner in the Gaol. An Irish writer Frank O’Connor was one of those who served time in the Gaol for their part in the Irish Civil War, and he later wrote that the cots and blankets were crawling with lice.

There is a cell with some original graffiti left by  prisoners who served time here in the 1920’s.  I took a picture of that wall and when I came home and started processing it, something extraordinary happened: the ghosts of the prisoners and staff revealed themselves in my images…

This is Mary Sullivan. She looks like a bloodthirsty murderer, but in fact she is a seamstress and in 1865 she received a seven year sentence following her eighth conviction for the theft of cloth.  She is just after being deloused according to prison regulations, and ready to see the Governor John Barry Murphy.

This is Thomas Raile. He was convicted of stealing some books. Serving his time in a solitary confinement, he got an opportunity to contemplate his wrongdoings and has turned to religion for guidance. Rev. Nelligan is counselling him, but it won’t help much: on release from prison Thomas won’t be able to get good references and his life will speedily go down the drain. 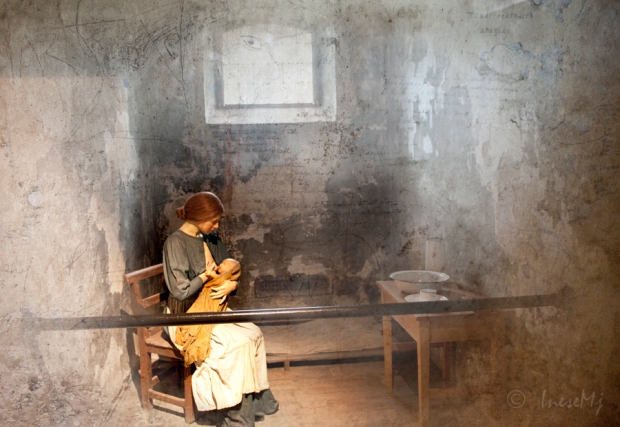 This young woman is Mary Ann Twohig, a 16 year old mother. She was heavily pregnant when she stole a cloth cap and some kitchen utensils with an intention to pawn them and get some money. Due to the pregnancy she was sentenced to only two months, without hard labor.

This is Dr. Beamish.  A warder is walking him to the cell where he is going to attend a sick prisoner. Overworked and underpaid, Dr. Beamish  has spent many years carrying his medical bag from cell to cell and fighting all sorts of infections and injuries.

Two off-duty warders are playing cards. In this room lives a warder and his whole family.

This is a model of the Gaol. The wings are currently in derelict condition and closed to public. You might be interested to know what is that small building at the back. Well, there were always prisoners and prisoners. The small building is the Debtor’s Gaol. Some well off people fail to pay their debts and are sent to prison, but not to the main Gaol. They settle with their own furniture and clothes in the Debtor’s Gaol, and even have their food delivered to them.

There is a lot more to see, but to be honest, the wax  figures give me the creeps…  And it doesn’t matter either they are of the prisoners of the Gaol, or any other person… 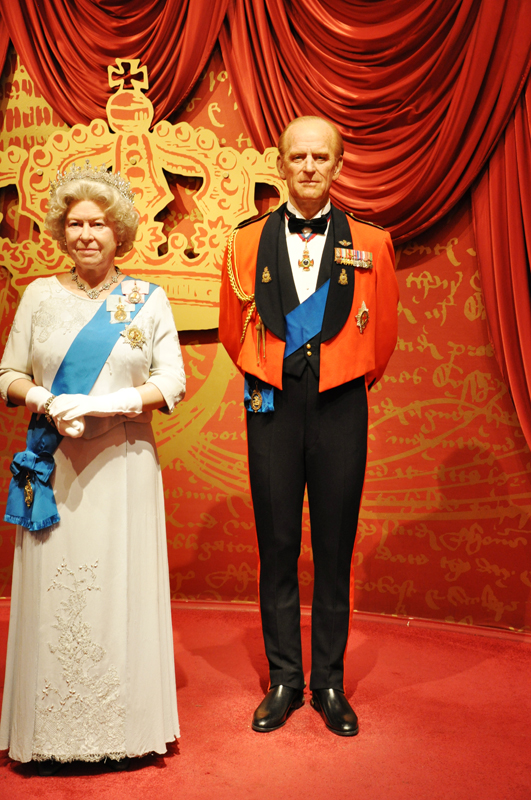 And here is an appropriate piece of music – Johnny Cash – Folsom Prison Blues!

Happy  Halloween to all!

Photography tip of the day: Do a research before you buy a camera or any photography equipment, including the batteries you are going to use for your Speedlite. Everything.

Have a great Halloween weekend!