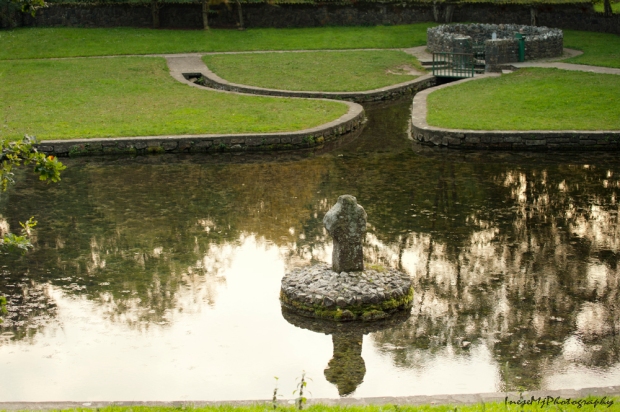 Marlfield village on the outskirts of Clonmel might be just a small dot on the map, but at least three most visited – and loved – places are there, and it is where I am going to take you this time. In the first picture, you see the St Patrick’s Well site as it looks after the major remodeling and landscaping that took place in the 1960s. The works were funded by the generous donations from the Mayor of Los Angeles Sam Yorty whose mother was native of Clonmel, Mr Arman Hammer and the Irish Israeli society from South California.

This is how the place looked 100 years ago. A large ash tree was growing at the side of the well that could be accessed by walking on the stones through the marshy land ( click on the image to see the source). To be honest, I do like the original look…

Tear-shaped stone wall surrounds the well. The sight of ripples on the surface of the water both in the well and in the pool makes you look up and check if it is raining. The water is bubbling up from hundreds of tiny springs, and it is so clear that you can bring a cup with you and drink it right there.

Spring water flows from the well through the hollowed stones. Similar medieval design is to be seen in St Brigid’s Well, Co Kildare.

A simple sandstone cross is dated to the 5-8th century. The parish church was built in the 17th century, on the site of a much earlier monastic building –  some fragments of it are visible in the masonry of the walls.

Inside the chapel there is an altar tomb of Nicholas White who died in 1622, and the White family Coat of Arms. The tomb was brought here in 1805, and there is no body inside it.

A flight of stone steps connects this mystical place with the rest of the world, and it is also great for taking photographs from different angles and vantage points. 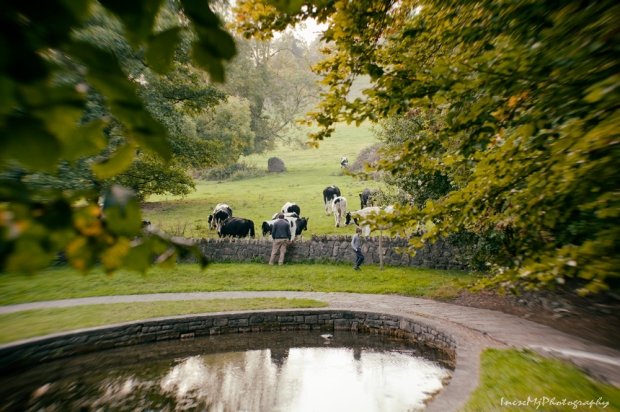 More images and stories about St Patrick’s Well in my blog from last year.

This is the road between the holy well and the village. We will walk this road all the way down to the banks of River Suir.

This picture was taken from another favorite place – Sandybanks. Well, a former favorite place, because a couple of years ago Clonmel City Council announced their decision to withdraw the summer Lifeguard Service from this very popular bathing spot. It was a shock to the locals when they learned that their favorite traditional bathing area ‘was not suitable for swimming’. Somehow they suspected that the decision had more to do with cutting costs than with the quality of the water. 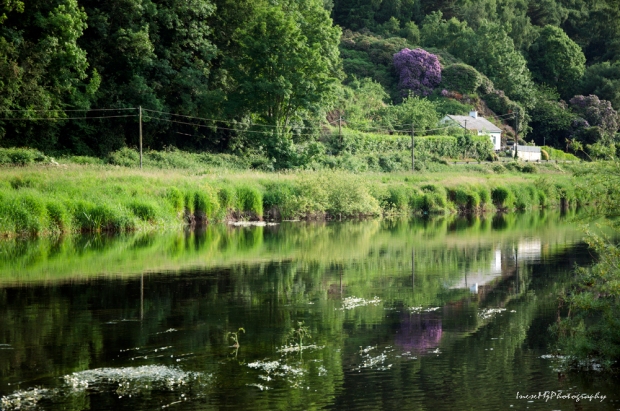 No bathing, so we just take a picture and walk back.

Just a minute walk from the Sandybanks there is an old church that is friendly shared between both Roman Catholics and Church of Ireland. Beautiful avenue of Horse Chestnut trees and the red door always attract photographers. 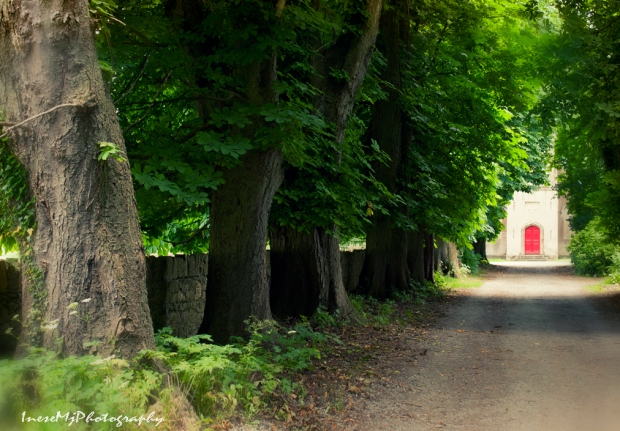 Sometimes I walk around the graveyard and read gravestones, but the main reason is that I check on the old Yew tree. 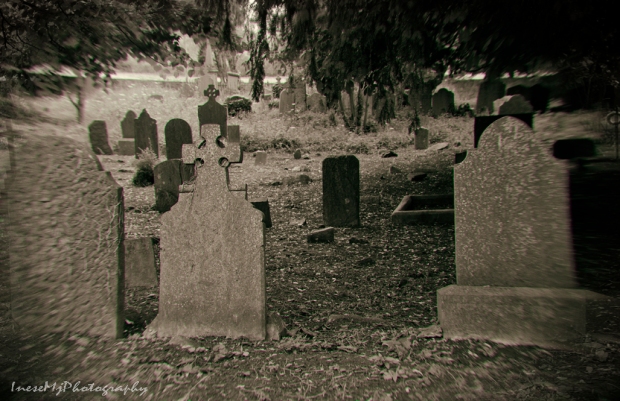 There is that tree, in the back of the graveyard. It takes three people to put their arms around it. I am coming to check on it once a year. It is quite scary to walk there – the reason why I converted the pictures to B&W 😉

Marlfield church was built in 1818 on the site of the 12th century Cistercian Abbey. St Patrick’s Well and the church also belonged to the Abbey until it was dissolved in the 16th century. This beautiful window on the back wall of the Marlfield church is the only remnant of the original Abbey that was incorporated into the newer building.

After the Siege of Clonmel in 1650 the lands of Marlfield, successfully farmed by Cistercian monks for centuries, were bought by the Bagwell family. Marlfield House was completed in 1785 by Colonell John Bagwell. The house was rebuilt after the fire in 1923. The central part of the house is used as an apartment complex, and there is also a conference hall that too can be rented.

The magnificent conservatory was built by Richard Turner who designed the Botanic gardens in Belfast and Dublin. 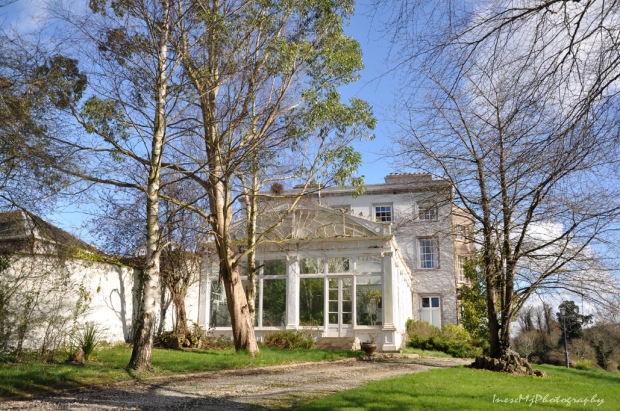 Last but not least favorite is Marlfield Lake. The lake covers six hectares in size, and the water is flowing into it from the St Patrick’s Well, where we began our tour.

Generations of local residents have been coming here and feeding generations of the waterfowl since the late 1700s when the lake was developed from a swamp by Stephen Moore. 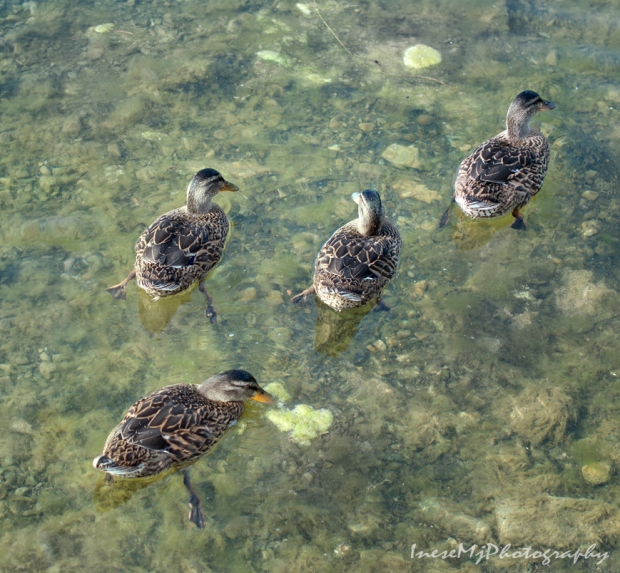 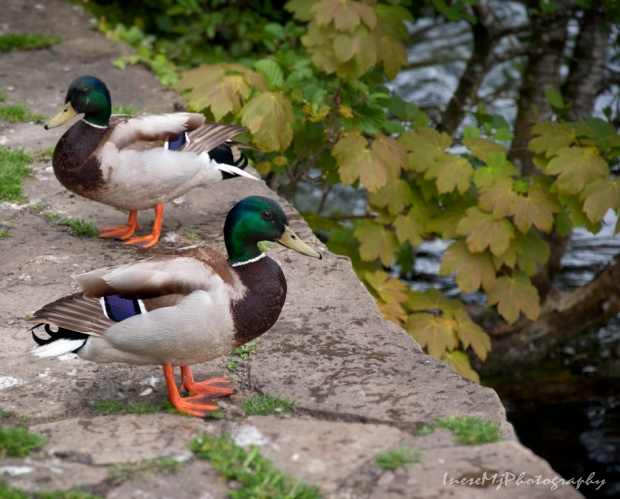 Many species are breeding here, some ducks I have never seen before. There are many swans. The cygnets are shy, but the older birds often start a fight.

When a visitor with some bread shows up, have your cameras ready. 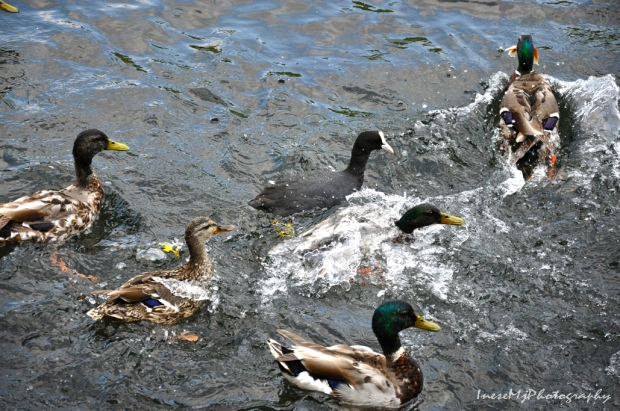 There is a tiny picnic area, but you have to keep in mind that the road along the lake is just a regular road, and it can be quite busy.

These photographs were taken over the years, in different seasons.

Thank you for visiting Marlfield village! Hope you enjoyed the walk.